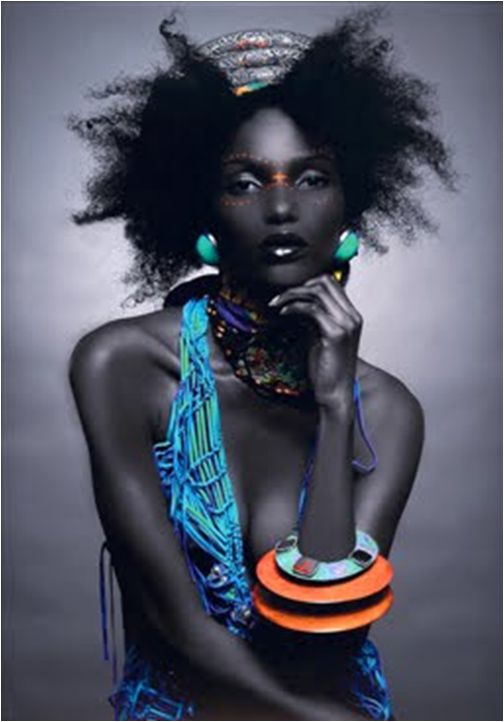 Happy new year and this I would say is our first article for the year. Instead of doing a recap and highlighting the best and worst moments of 2013, we thought it would be refreshing to rather set a pace for the exciting 2014 we are about to embark on. We a study observation of what has been going on in the industry in Ghana we thought it would be cool to share pieces of advice that can take 2014 forward. And they go as follows (in no particular order)……

1/ Turn Up Ontime and Stop Respecting Late People! I’ve worked on various shoots and I always purposely book more than one model and designer, if one is late past a certain time I tell her to go home and cancel her participation. Lexy Mojo Eyes, owner of Nigeria Fashion Week, actually closes the doors to Nigeria Fashion Week past a certain time despite which celebrity is outside or how empty the venue is. This has now got him a show where all guests are in by a certain time. Things do not always happen as planned but then there are those that are just disrespectful to those that respect them enough to be early. Turn up on time where you need to, do not worry if others are late, clients will soon begin to acknowledge it and in no more than a few rounds it will set you apart from others in your field. And take more pride in people sending messages on social media stating their disappointments in missing the early half of an entertaining show than those sending messages disappointed in how long they have waited.

2/ Fashion Shows Should Be Treated As Business Gatherings And Not Concerts! Show organizers please stop treating fashion shows as if they are concerts. Stop going out of your way to sell tickets to nonrelevant people who have no interest in the clothes on display or have no benefit to the designers. Fashion shows should target media, buyers, store owners, and such relative parties should be prioritized before other guests. Many photographers are shooting from angles with light flares, some from under the skirts, or close-up headshots. Also stop making models do all kinds of crazy walks and silly poses on the runway, it takes focus away from the fashion…..Remember, it’s a fashion show, not a model show. Stop begging popular designers to exhibit whilst charging others to display, instead get yourself some good buyers, good media, a constructive plan for the participating designers, and then charge all of them the same fee, that way no superstar designer will think they are too important to contribute and they would respect your event more.

3/ Network and Stop trying to be supermen and women! This is not only unique to the fashion industry. You will find many people here are their distributors, tailor, social network managers, pr agent, and more. But it doesn’t stop there, some are even their own models, their own fashion show organizers, their own entertainment blogger, their fashion awards event organizer, etc. This doesn’t just go for designers but a whole host of creatives. It is understandable that there isn’t much money in the industry and affording extra services is difficult, But in all fields, with the right deals, you should be able to create a support base with others that can cater for you. The network is key!

4/ More professional wanted! This point is similar to that above. African fashion creatives are great at doing what they do best, somewhere in the mix they are also doing what they don’t do best, which is the nondesign part. Areas such as marketing, accounting, and everything business relative. Being that the fashion industry is not so lucrative and designers and fashion show organizers are not profiting as much, the suit and tie graduates in fields of business, pr, economics, and law do not look to fashion when they acquire a degree. Most are not looking to sacrifice their time and great job opportunities for a risky business, but little do they know the African fashion industry is a gold mine waiting to explode. Which leaves a lot of beauty with no sales.

5/ Just Because It’s Foreign Doesn’t Make It Better! A slogan was stolen from Joan Okorodudu. I have seen both black and white ‘supposedly’ models come from western countries and immediately working with top designers and photographers and they look even worst than the worst of models here. Due to having a brief portfolio, they automatically set up modeling schools, model agencies, and seminars, and collect money over the notion that they are a supermodel from abroad. Attempting to show models how to be successful here which is a totally different model from what they even know. And with my extensive knowledge, a lot of these people were/are no names back where they came from. I have seen other creatives come from other countries automatically become judges at awards. The bottom line is African’s need to stop admiring everything foreign because a lot of foreigners are exploiting that admiration financially and leaving you with a service no better than what is here. No main fashion capital has gained a great status by praising others, imagine that. Designers should learn to glorify African photographers and models more, and vice versa. ie. Models and photographers, before asking and criticizing what designers pay, ask yourself if you are top and bottom created by the African designers?

6/ We Need To Stop Acting Like Our Politicians! I say this because most people in the creative industries are very vocal when it comes to criticizing their countries politicians for corrupt behavior. But then they will turn around and give a model a job because he slept with her. Or turn around and use an agency because they are related, proving they are no different from politicians, just less powerful. African creatives need to be as objective to the tee as possible. With the professional ethics of many involved in the industry, it is best to be as sharp as you can, because where you pull up may outbalance where other areas fall short. Stop using bad photographers because you are cousins, stop putting models on your agency because you wish to sleep with her. Stop putting people on your magazine front cover because you are Facebook friends. Despite who you think is unaware, everyone knows. And where you might have been recognized by someone who could have furthered your career, they have probably turned a blind eye to your business. Learn to say no to and stop favoring friends, family, loved ones, and sex buddies if it harms or limits the quality of your final product/service.

7/ Learn, But Stop Copying! This applies internationally but also on a local level. It’s good to learn about what goes on in the fashion capitals, other neighboring African countries, or even other nonpopular countries. It is so essential, so many photographers take girls to the beach, to the forest, to the park and shoot what they THINK is a good fashion shoot, simply because they are copying the style of a photographer who has no clue of what a fashion shoot is. Does it cost a lot of money to go online and google some fashion magazines? Learn about other fashion cultures, traditions, history, success stories, and more. Through that, you can pick what works and apply it to your personal creativity, style and location whilst being unique, yet current. This is different from copying blindly.

8/ Support African fabrics More! When I say African fabrics I don’t mean African print by patterns, I mean fabrics made, produced, and woven in Africa. I’m not referring to the Chinese fabrics we call African prints, nor the Holland wax fabrics from Vlisco we call African prints, but the fabrics actually made by our local craftsmen and print companies. Designers, you can’t complain about Africans not buying your designs because they go elsewhere when it’s cheaper, and then you turn around and do the same thing when it comes to the resources for your production. That’s hypocritical and it also makes you a part of the problem.

9/ Step Up Your Social Media Presence! I come from the days of using the internet where social media was not present, or at least before myspace. Where chatrooms and forums were the only forms of social interaction, any unpaid online promotion meant you will turn up in chat rooms and spam the screen every few comments. Those new to the internet do not treat social media as an extreme opportunity. What most don’t consider is social media networks such as Facebook, Twitter, and more, are new entities that are constantly modifying themselves to restrict free forms of online business promotion from time to time. Models are still asking me for advice on how to develop themselves when the owners of some of the world’s leading model agencies are a friend add-away with Facebook, and the editor of Vogue is a tweet away. If you can gossip about all the girls and boys then why can’t you contact them? It applies to all fields so I won’t add more to that, a word to the wise is enough.

10/ Follow your Seasons and Stop using the term Autumn/Winter! This is but a mere example of how silly some appear amongst those that are fashion conscious when you use terms that make no sense. Stop saying Autumn Winter when your clothes are not designed for the autumn-winter period nor released then. In November 2013, we published a 2014 Autumn Winter collection in Nigeria. Firstly it was summer clothing, and it was available on display, why it was titled Autumn Winter 2014 no fashion guru can explain it. Please, stop trying to imitate without understanding, if you have no clear sense of terms, do not use them as those who do will consider you as a joke. You are better off utilizing words that fit the seasons in your own country, or no seasons at all. This goes for all terminologies. Especially with the journalists and presenters.

So there you have it, let’s make 2014 a great year and take African fashion the extra 10 steps forward. Who succeeds, you decide.