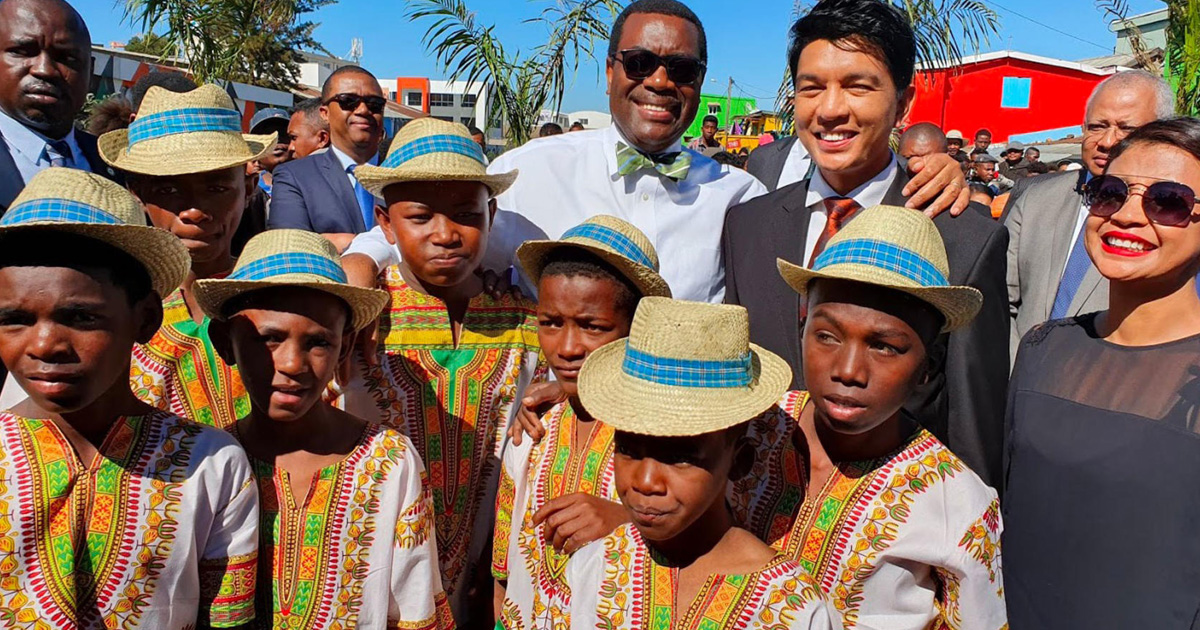 On Friday, 15th May, President Nana Akufo Addo of Ghana tweeted that he, alongside other global leaders have sign the UNAIDS (a health organization) public letter on a people’s vaccine for COVID-19.

In the same tweet he made it known that everyone will have access to this vaccine when it is available, and so give his message a heartwarming heroic feel, he hashtagged #PeoplesVaccine.

Together with other global leaders, I signed the @UNAIDS Public Letter on a People’s Vaccine for #COVID19. It is important that all people everywhere must have access to the vaccine when one becomes available. It must be the #PeoplesVaccine.

Unfortunately, the president was unable to win the approval and support of Ghanaians as he received a barrage of insults and disagreements from the nation and across the world.

Ghanaians were furious that the duly elected president whose popularity has been sinking prior to the lockdown will sign a commitment to provide a vaccine that doesn’t exist and turn a blind eye to its fellow African country Madagascar that has been championing a drug that is proven to work.

To date Comoros, Guinea Bissau, Equatorial Guinea, Congo, Liberia, Niger, Tanzania and more have supported Madagascar’s cure. On the other hand, it has just been unveiled that the workers from UN aids organization the president is endorsing have been responsible for raping 60,000 people and has also employed 3,300 pedophiles (according to the Sun.Co.UK).

Almost 1 in every 2 comments disagreeing with the president’s decision raised concerns of Madagascar and the use of herbal drugs. From his facebook feed, to his twitter feed to even comments on other media platforms that shared his tweet.

Ghanaians made it clear they do not want a vaccine from the west but instead they want the medical cure from Madagascar. 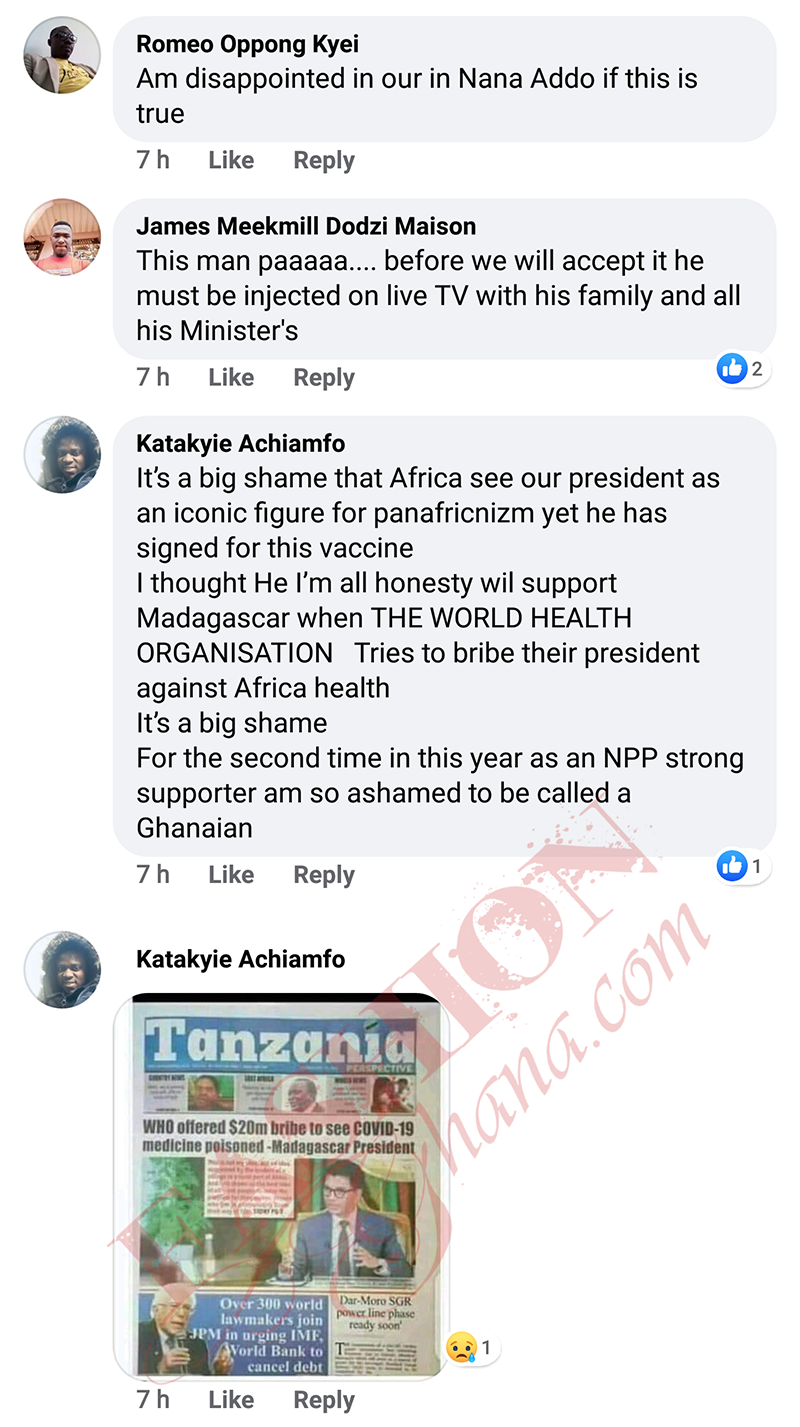 If you are still reading, just know twitter was much worst, although we didn’t have much time to screenshoot all. But see a few below. 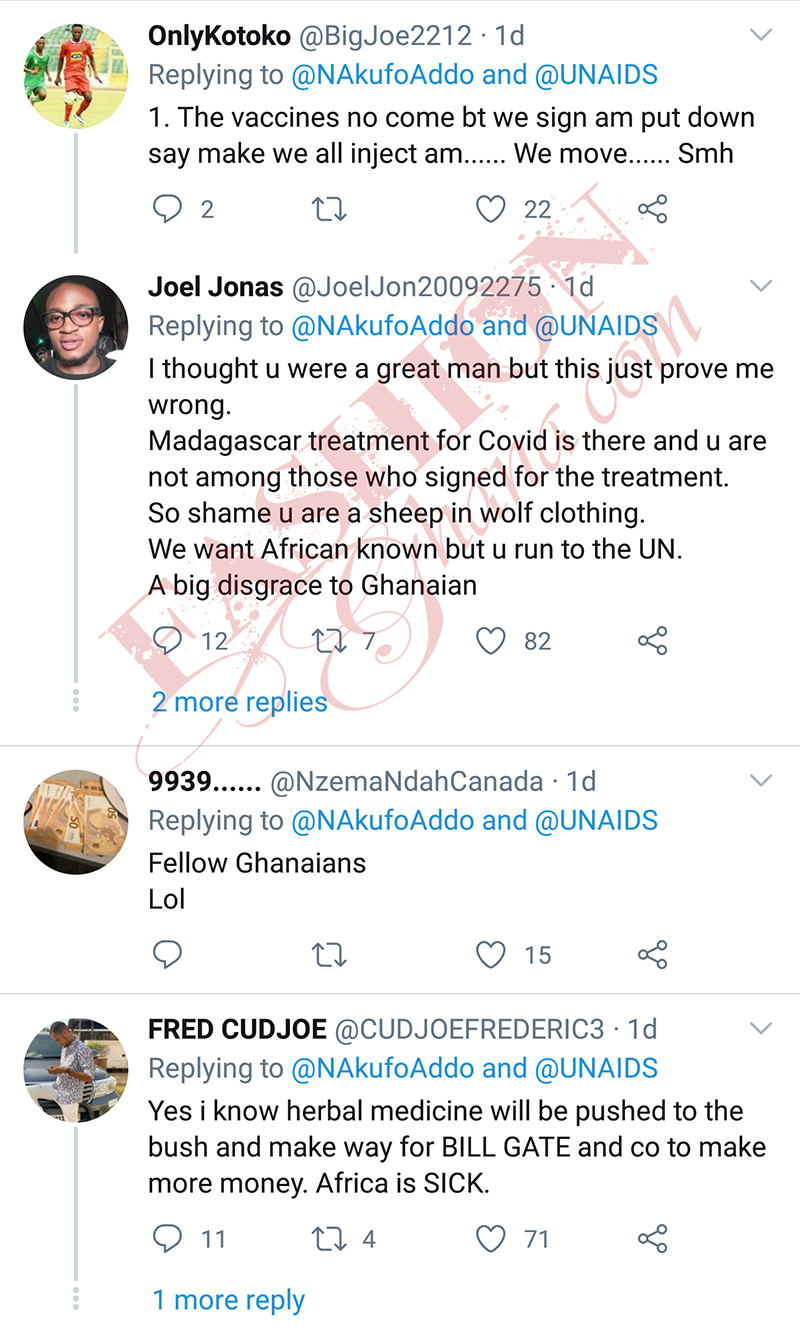