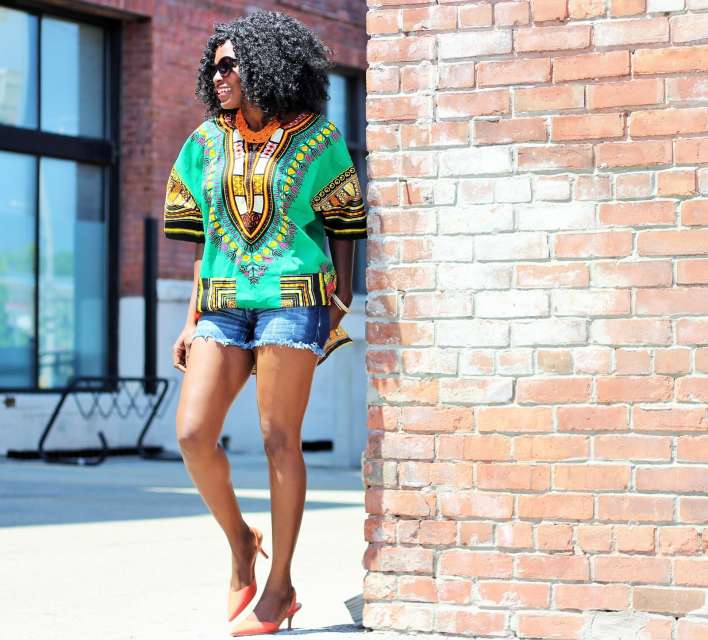 Did you know that Dashikis were actually meant for men?

The word dashiki originates from a Yoruba word, Danshiki which means a loosely fitting pullover that was worn by West African men during the hot seasons. The Dashiki has become Africa’s pride with many people paying homage to their roots by wearing the iconic print.

The Dashiki continues to evolve, having been embraced by both men and women. Now, you can have the Dashiki fabric tailor-made into any garment, be it a coat, dress or skirt; whatever floats your boat. Still, the most common form of the Dashiki remains the Dashiki shirt that literally, everyone and their mother has.

They come in many colors, but the design is constant. They’re worn by everyone – men, women, the older generation as well as the young people. It’s perhaps the one clothing item that could be as overrated as hell yet timeless and forever enduring. In short, I’m trying to say that the Dashiki will never go out of style. It’s one of Africa’s gift to the world. 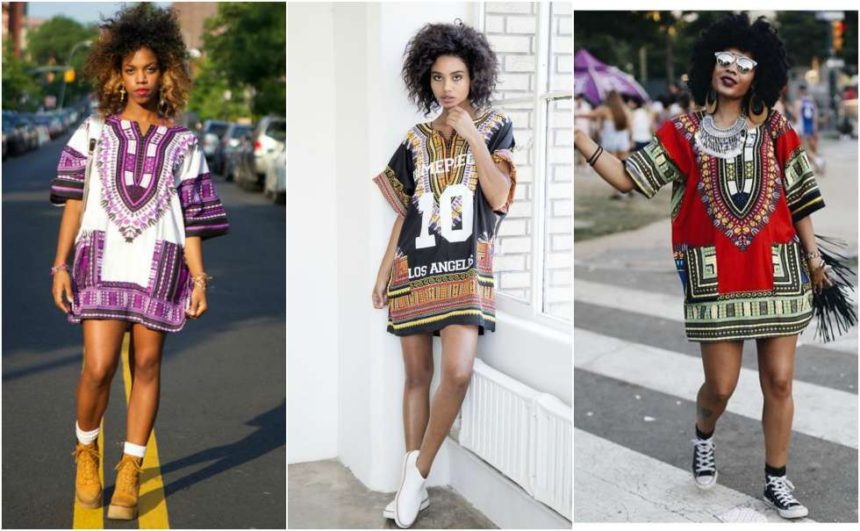 Go for comfortable shoes such as sneakers or booties. 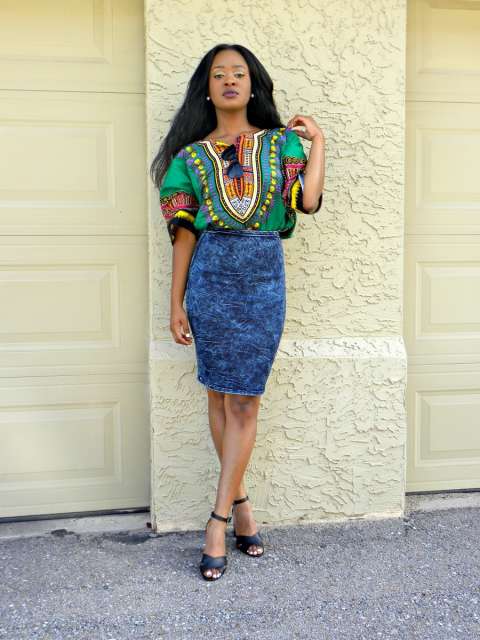 Tucked under a stylish pencil skirt. 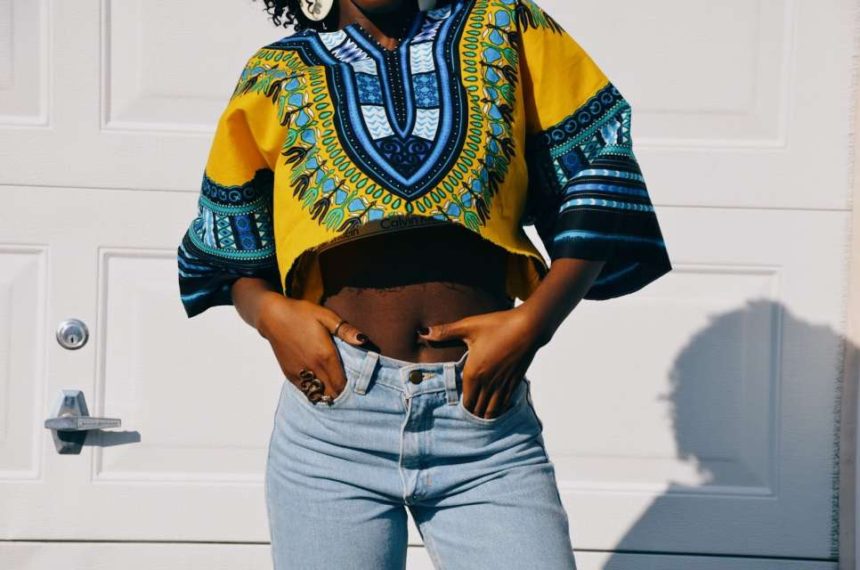 As a cropped top. 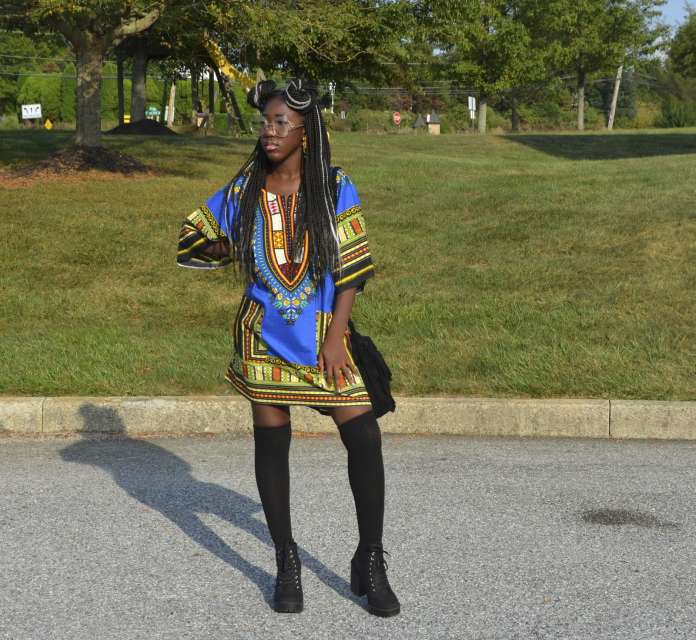 Anyone feeling the grunge look? 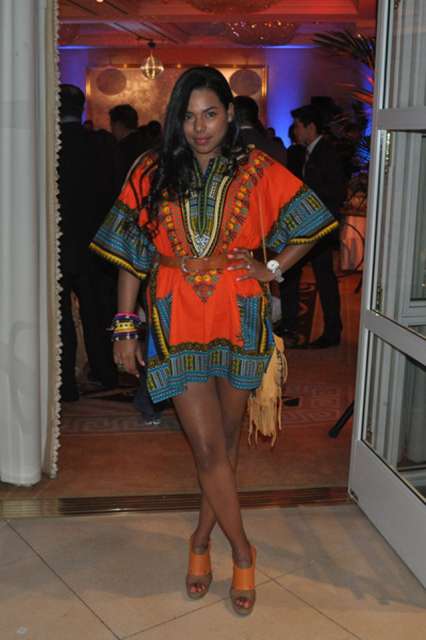 Belt it up, wear it with nude stockings and heels for a polite evening with bae. 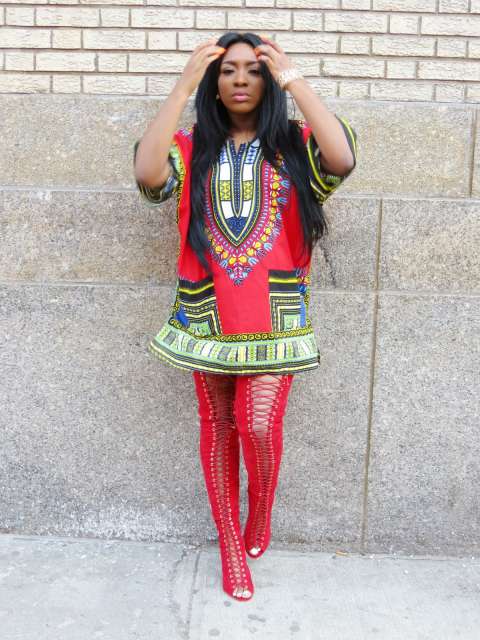 Go glam by pairing it with statement shoes such as thigh high lace up boots for a night out. 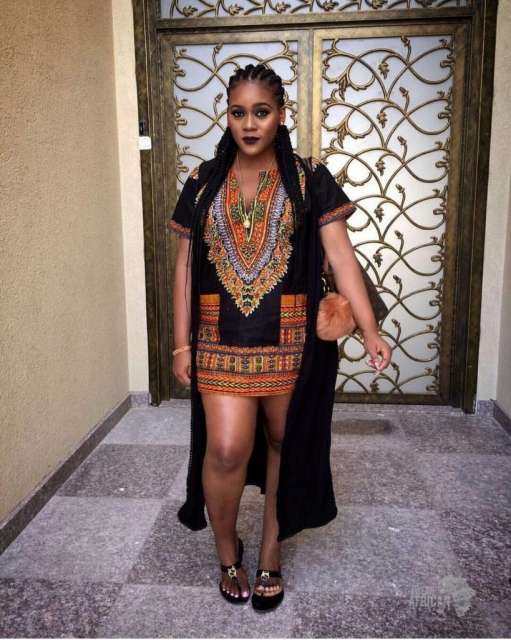 Add an expected twist to the same look by throwing over a kimono for a weekend look. 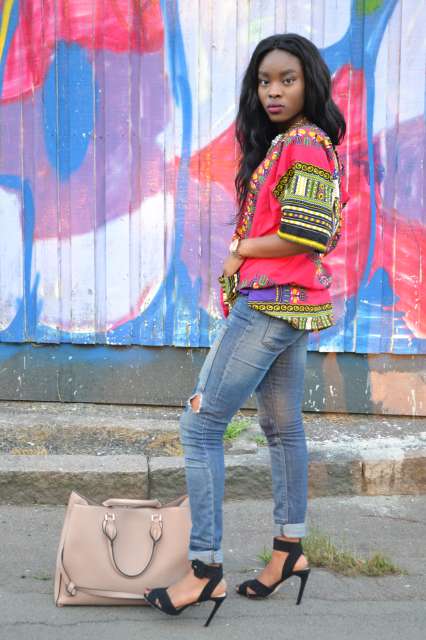 Style your dashiki with a stylish pair of jeans and heels 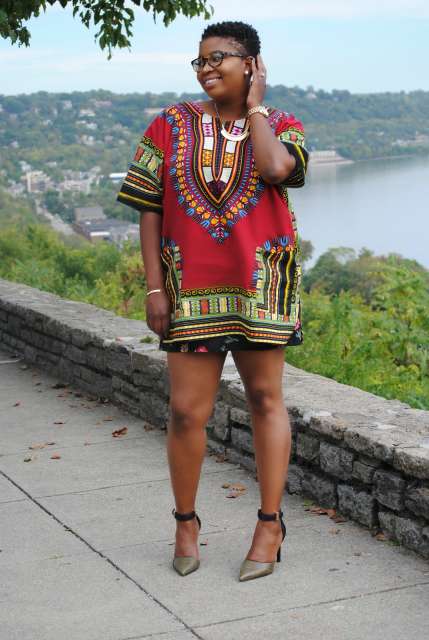 You could also wear it over a short skirt, and complete the look with comfortable heels. 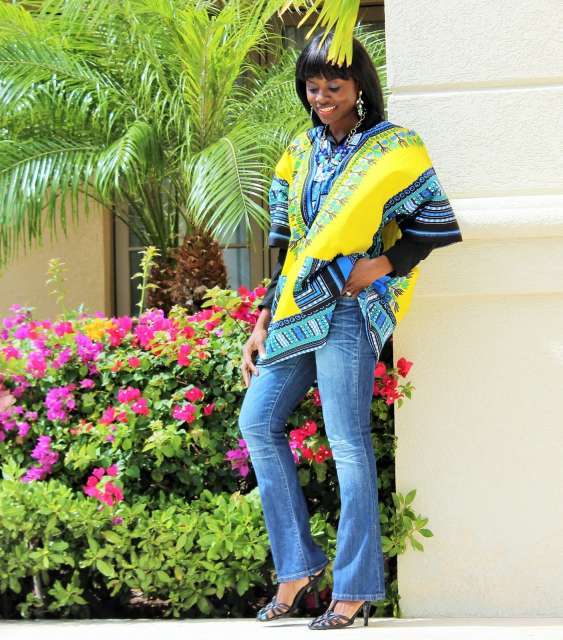 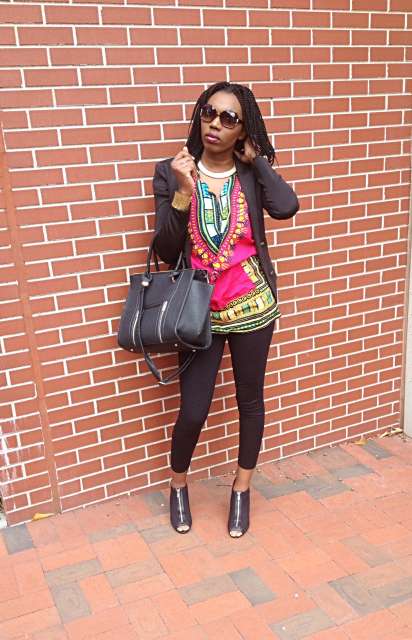 Throw over a blazer for dress down Fridays at work.

You could also layer it with a long sleeved shirt then belt it up! 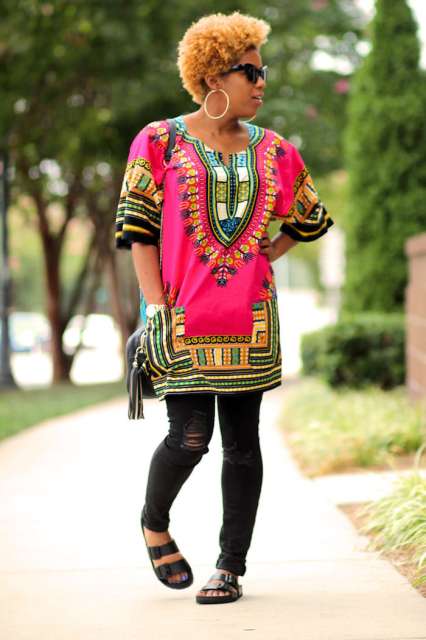 If all else fails, go the super casual way, by styling it with skinny jeans, trendy sandals and a cute tote or sling bag for weekend errands.