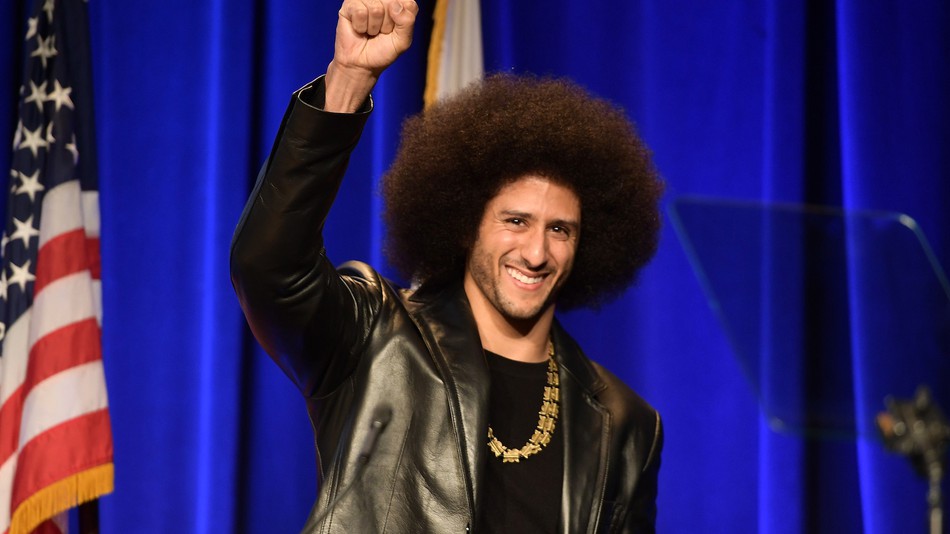 As far as sports goes in America, Collin Kapernicks back and forth with Donald Trump is dominated the headlines for sometime now. So it’s no surprise that Nike’s endorsements of the ‘fight for your rights’, ‘stop killing black people’, ‘afro popping’ Collin Kapernick has sent the whole country in a frenzy.

There are mass numbers of people denouncing Nike and even a movement burning Nike shoes on the net. Why are they doing this. In very short, in the midst of police killings and brutality, Colin decided to take a knee during the national anthem prior to his games as a quarter back. Many feel his making a peaceful protest, but many also feel his act was a disrespect to the flag and its veterans that defended it. And those are the people burning their shoes.

Allegedly, Nike has lost 4 million dollars in but gained 43 million in sales. So below are 5 core reasons why this will not have any major impact on the growth of the brand.

1/ America Is Not The Core Fan Base Of Nike

Yes, believe it or not, even if all of America decided to boycott Nike they will still thrive and survive. Nike’s market extends from Japan, to France, Nigeria, to Australia To almost every country you can mention. America might not even constitute to more than $20 of it’s market. Burning down of shoes but past clients will be a spectacle in it’s history.

All News Is Good News

As we speak about Nike and it’s decision and the outrage that follows is extra milage and promotion for the brand. As at now the sports brand is being discussed somewhere on CNN or BBC or other networks, some local some international. It’s reaching out to many entities foreign to America or even in America that were unaware of this act. And despite even if they care about the issue or not, that is a new client for the brand as far as branding goes. In fact someone who has absolutely no clue about the political climate in America will automatically side with Nike simply based on a word of mouth story. So in short the controversy will only further it’s name and brand.

The Che Guevara will always be the hero, the Martin Luther King will always be the hero. Most cases we don’t even know the name or the president or the group they were fighting against, we only remember who they are and what they fought for. Imagine had we known Nike were sponsors of Martin Luther King today? How much sales and appreciation that pitch will give them. Although, Supporting Collin will give them a ditch amongst a few fans, but when all of this is becomes history which it should be in a few months, they will be seen as the brand that supported a positive change.

The Anti Trump Is Fairly Strong

As an observer of politics one will admit, even if or if not you think bad of Trump, he is painted 10 times as worst in the media than he really is. There are various networks such as Fox and other smaller conservative networks that do support him. However most of those networks don’t reach beyond America. This means outside the borders of USA the anti Trump or people that dislike Trump is much higher than those that are in USA. A nike endorsement of Collin will not even affect it one bit outside the USA. Besides, I don’t think anyone cares about the controversy of kneeling during a national anthem in a country that has nothing to do with them…..or as they think.

The Love Will Last Longer Than The Hate

This is not a cheesy line to say Collin is love and those who dislike it are the hate. But it’s more to say those who hate it will eventually get tired of complaining and burning shoes, even probably forget to pass their disgruntled message to their children when they get much older. However, those who love the message will forever cherish the moment and extend their gratitude for years and years to come.