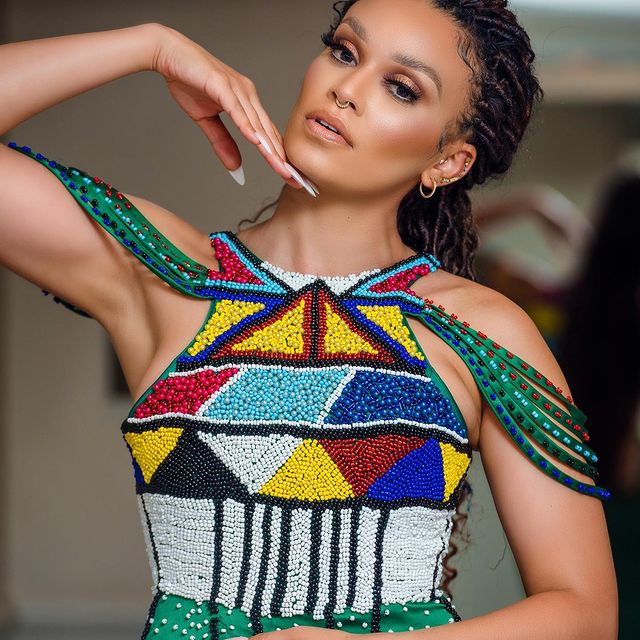 One of South – Africa’s sweethearts Pearl Thusi and SA Idol Somizi hosted the inaugural KZN Awards which is the Kwazulu-Nutal Entertainment Awards.  The awards ceremony, created to celebrate artist, movers and shakers from the province, was held at the Durban ICC in a glamorous, Covid-19 conscious event.

The biggest winner of the night, who took home a whooping R600,000, was musician Khuzani who won best Maskandi and KZN’s most loved. Another big winner was DJ Sithelo of Kotini records, who took the crown for best DJ and Newest Find. There were also some hot performances on the night from the likes of Durban-kwaito pioneers Big NUZ alongside DJ Tira, L’vovo Derrango,  Nomcebo Zikode, Khuzani, Nasty C, Sjava, Babes Wodumo and others. Babes Wodumo, who previously expressed her wish to win an award at the event, was beaten by Nomcebo Zikode for the Best Female Artist accolade. Other big winners included SK Khoza and Thandeka Dawn-King for best male and female actors, Sjava for best male artist, and Bonang Matheba who won an award for being KZN’s favourite cousin.

Winners in each category took home a cool R100,000. But for us the winners from the big night was the two host of KZA awards and what they chose to wear for the awards as the host. The actress, model, television host, and radio personality who was the star of the huge successful Netflix drama series Queen Sono, attended the huge event wearing 3 separate outfits from various South – African designers. For Thusi’s first look for the night, the media damsel chose a yellow mustard couture gown from luxury SA designer SCALO, by Sello Medupe. The beautiful crested couture gown had plunging neckline with butterfly designs at the upper section of the gown with a folded pad at the mid-section of the flowing gown which had the shape of an African princess. Thusi opted for a laid back Locs hair-do.

A post shared by S C A L O® (@scalodesigner)

For the stars second look, she went in for a more modern power suit which had a color twist Pink from Fashion Creative and Wardrobe Stylist ADVICE BY KGOSILESEGO. Although we don’t like the choice of pants for the personality such as Pearl, we would have preferred the pants to be a boot-cut that would have done justice to the already perfect jacket which for us was the highlight of that dress, aside that nothing extra-ordinary to say about it.

For her last and final outfit on the night, Pearl Thusi went for this multi-colored South African traditional gown by African Haute Couture designer Bayanda Khathini. Judging by what we have seen so far we can tell that indeed this outfit has more hand beading going on at the upper section of the gown, the hand beading can be vividly seen with crystal pearls which comes in different colors clearly representing the South African flag color.

All in All, Pearl had a great opportunity to showcase the best that the continent has to offer and she was able to portray that effortlessly just that we were hoping to see more African themed outfits just like the one created by Bayanda that for us was a unique selling point since the awards was a rather more traditional and home-grown based awards in the hearts of Kwazulu-Nutal, and this by far gave the media guru a high point when it came to what she wore for that night.