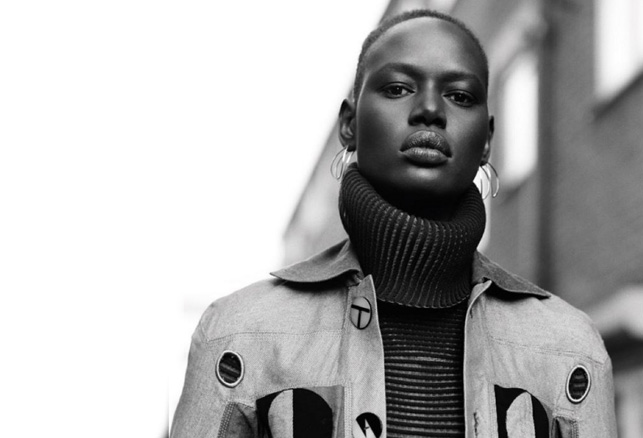 Ajak Deng Returns To The Fake And Full Of Lies Fashion World, Then Deletes The Announcement Post

It seems Ajak Deng demise for the fake and full of lies fashion world was shortlived. Almost like when a musician claims their making their last album, exploits the publicity and releases one the next week.

The Sudanese-Australian model announced that she was quitting her involvement in the fashion industry upon her claims that it was fake and full of lies. With a history of complaints about racism it was fairly obvious that racism was relative to her decision, or in this case her announcement.

Fortunately or unfortunately, however you see it, the top model announced her return in less than a week with an instagram picture of which she then deleted, the text read on the picture…..

“I remember my first season in Milan, walking through the the airport and saw @philipppleininternational campaign. Wishing I could one day be one of the faces up there, NOW all I can say is thank you for making my dream come true. P.s my first season in Milan, no one booked me and I was so destroyed because they won’t booking black girls like me that season and thank god for my sweet and encouraging agent @meansss who told me that there was absolutely nothing wrong with me and that I was one of the most beautiful girl in the world, so wiped off those tears, come back to New York and let’s change their minds one day at a time. She continued to support and still have my back even though I decided to throw it all away after our hard work and for that I came to realize that she is my spirit and a guiding angel. I was selfish to only think of my self and forgetting the people that has always been there for me through the worst times and good times. I feel like I have touched so many young people’s lives, gave them hope. Just because I come from NOTHING does not mean that I can’t make something for myself and for that I will still want to continued to touched more lives. Yes sure giving up is easier but who will fight the war that we are so in denial about? I am just getting started and modeling isn’t the only Thing I will be successful in, in my life time. I apologize to every kind souls/hearts that I have broken in the past week. I thought giving up was easier but I am going to stay and fight this war with kindness, forgiveness, love and support to all humanity. We are all beautiful and deserved to be respected. #BigLoveToHumanity.”

So back to work everyone, nothings changed.