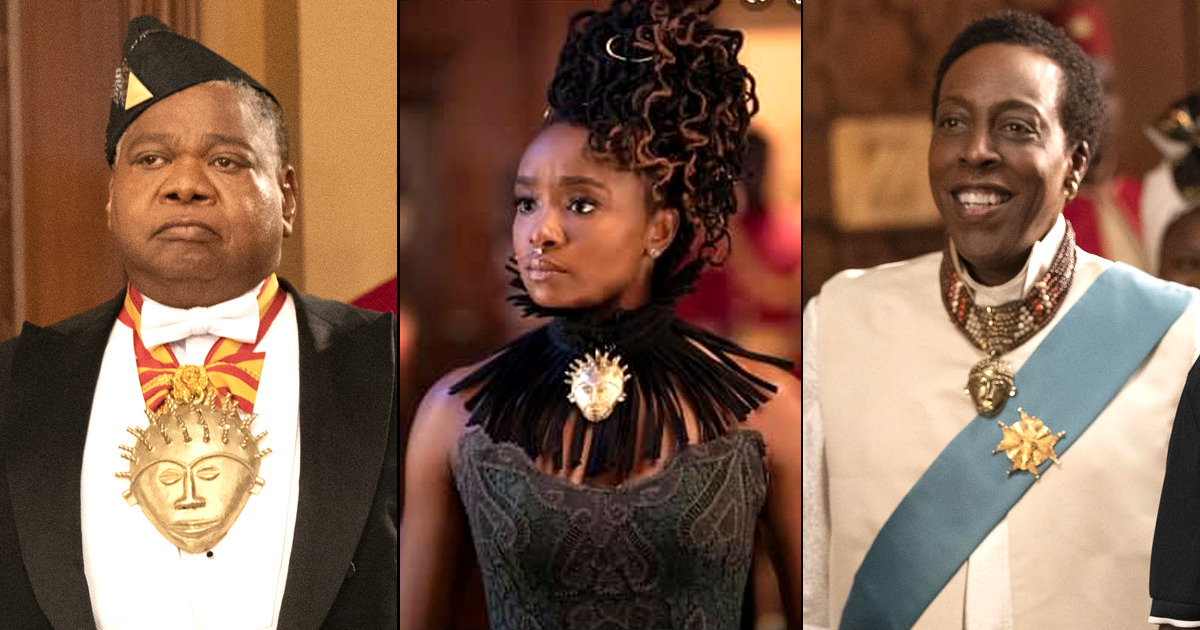 Ghanaian designer Aphia Sakyi’s work was spotted in Coming 2 America, a movie which made its grand entry into the world of entertainment.

The movie has received an extensive set of critiques ranging from positive to negative, mostly based on the comparison between that and the original story.

From our perspective, it was a nice fun movie with an amazing storyline, however, the execution in the direction could have been better. One of our main concerns is this movie seemed as though it was geared for kids as compared to the first. How can the daughters of a king, defeat the militia of a rebel army. But that’s another discussion.

When it comes to fashion, the costumes also seemed to be all over the place. It’s well understood that the stylists and designers most likely wanted to bless the movie with as much beautiful visuals and talents, but it was too extensive with no uniformity in the slightest sense. 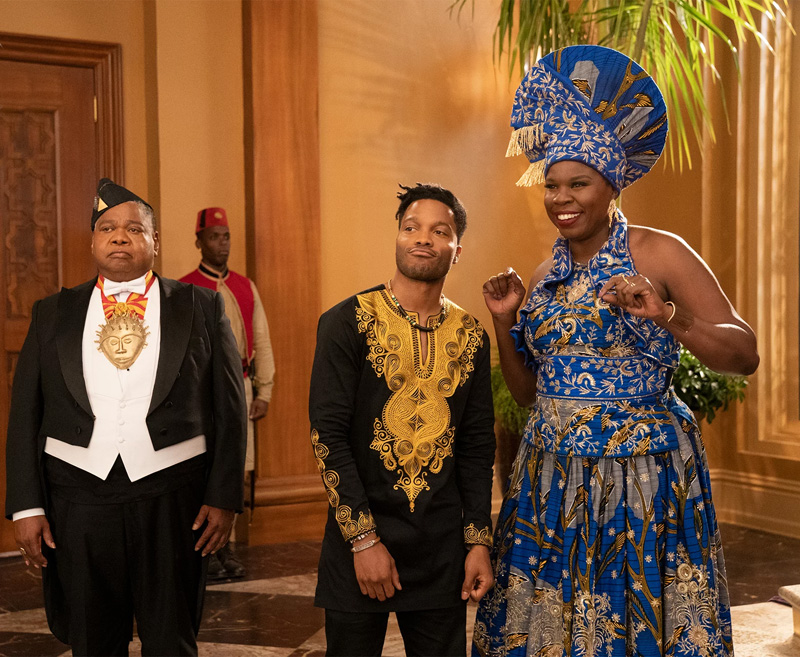 Yes we got a great variety of styles from Black Panther, but the trick there was they attributed the different fashion styles and cultural inspirations to different tribes in the movie.

To take something from every country and mold it all into one in every scene was not tasteful. It’s a reason why most collections on the runway are exposed to trends or a feature that brands the clothes.

Beautiful, But Only In Zamunda, Not Africa!

In no landmark of the continent would you find such decorated men with accessories, and colored clothes, despite how much wealth they have. In fact, in Africa it’s reversed, the richer the man, the less decorated he is. Mind you, this is just a critique for improvement and not to say the beautiful job done was a failure.

Eddie Could Have Consulted One Or Two Africans

The above amongst many other things was an easy give-away that probably little to no Africans (that grew up in Africa) were involved in the production. Imagine a rich African man being told to sleep outside his room by his wife? This is definitely something from the west.

Despite this not being a review of the movie, we still congratulate Eddie Murphy for taking on the task and producing a fabulous entertaining movie and follow up.

However, what was definitely African and a buzz to the fashionista eye, was the use of the works of Ghanian designer Aphia Sakyi. Her works seemed to have dominated the movie where accessories were concerned.

It seemed her signature African brass-faced necklace was used throughout the movie as seen on multiple characters. 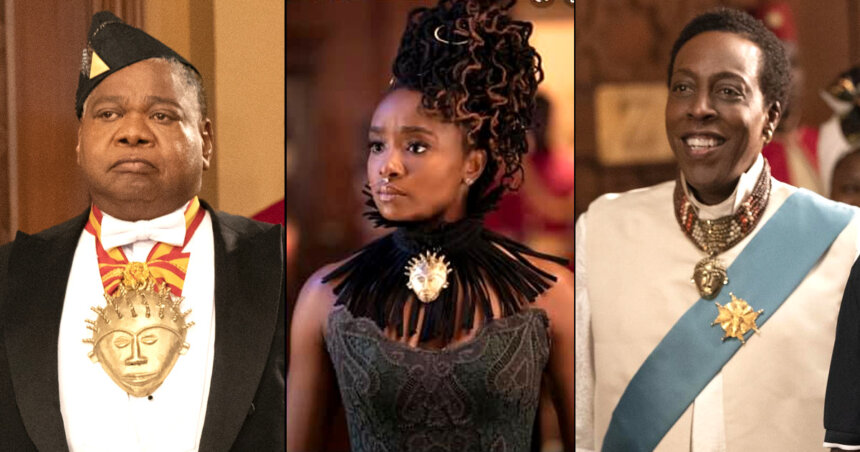 See her showcase it on the runway.

The look stems from her 2019 collection dubbed ‘Still I Rise‘ as you can watch below.

From the butler to Arsenio Hall to Meeka, various males and females seemed to have embraced the designer’s work in the movie and seemed to be the one reoccurring outfit that branded fashion in the movie.

We can’t confirm all the variations are pieces by Aphia Sakyi, however, if not they were definitely by the shadow of a doubt, inspired by her work. See her latest ‘Your Highness‘ Collection below.