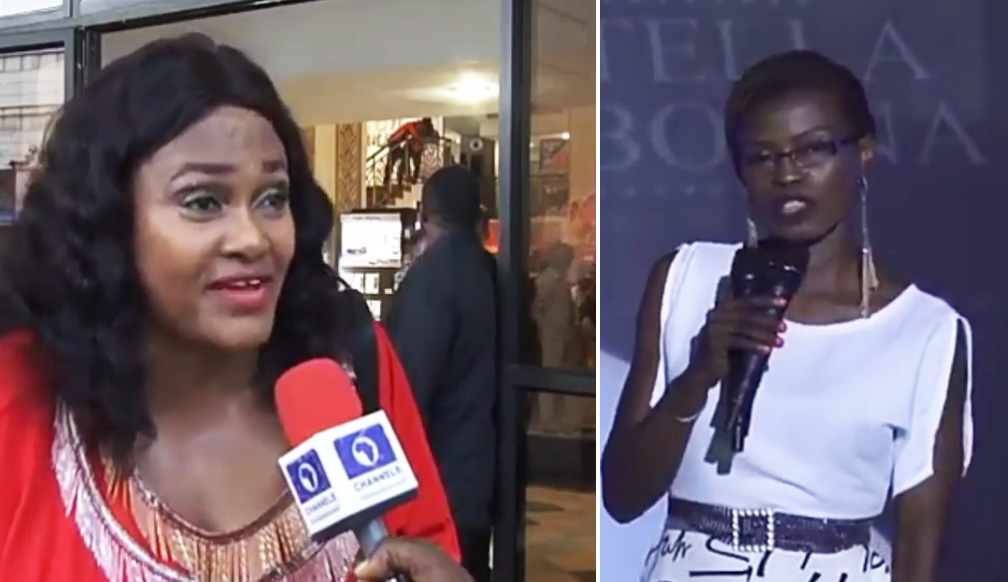 The slogan for this year Nigeria’s Next Super Model (NNSM) goes as follows “Because It is Foreign Doesn’t Make It Better’. This is a slogan that is affecting some. There are many fashion show organisers that assume having foreign models makes any difference to their show, half of them are unaware that the models they book from abroad are far less successful than some of those they rejected in their country.

In a case that we initially experienced here when we launched, there were many events, models, and other fashionistas who get over excited media partnering with media and blogs in foreign countries before partnering with website and blogs in Africa such as ours, because they were foreign. Despite the fact we already had more readers in and out the country of the particular foreign media, more than the particular foreign media itself.

So when the slogan for Nigeria’s Next Super Model was written across the promotional flier, it was by far a great point to be brought to light. Many in Africa are unaware of the steady growth that is consistently taken place, and TV might continue to make them believe all great opportunities are abroad, especially with the models. Slogans like these contribute to a realization of a new age for Africans in Africa to look inwards in Africa for opportunities.

There is the question if model competitions were on the receiving end of the statement probably persued by Joan Okorodudu, founder of NNSM. Well considering the current activities in Nigeria, there is Africa’s Next Top Model by Oluchi, and then there is Elite Model Search Nigeria by Beth Models. These two, amongst NNSM, are probably the most popular 3 model competition/events talked about in Nigeria. Many in the industry might assume the Nigeria’s Next Super Model slogan is an indirect shot fired. Possibly, maybe not…it is the remedy in the slogan that counts.

Africa has always been neglected by them despite over extraordinary enthusiasm for them, from model competitions, awards, to pageants. It even goes further to musicians, products and more. But as far as awarding events are concerned, it is almost as if franchisers form ties and contracts with us just to expand their brand names, and then ensure we are shoved into the corner when the major ceremonies are at hand.

Leila Lopes Wining Miss Universe 2011[/caption]Till today, not one model from Africa has won any international model competition ANYWHERE. where international pageants are involved, only three African countries have ever claimed an international crowning over A WHOLE CENTURY. Agbani Darego who won Miss World, and Mpule Kwelagobe and Leila Lopes who won Miss Universe. With numerous of ladies winning from USA, Europe and Asia, it almost feels as if such once in a blue moon titles are part of the charitable givings to African children dropped from the skies.

But with a changing economic balance in Africa, most of these competitions and awards are turning their eyes towards Africa and now making more consideration to African participation obviously for branding, sponsorship and monopolist reasons. But also for promotional purposes which is not difficult as we get excited the most about our involvement and acceptance in such events, when we should be seizing this opportunity to establish home grown brands.

Half the effort most of the franchisers utilize to extend these brands are good enough to have created one of their own. Why not have an international model competition, or a Miss pageants in Africa, not only limited to Africa but one where models from various countries visit here to try and win? Or franchisers pay for from here?

Yet there will always be model who would jump to the idea of a foreign title simply because…it is a foreign title. Now there is nothing wrong with taking hold of opportunities, and neither is there anything ‘totally’ wrong with franchising foreign brands if the names are out there already, and winning them will always most likely be a step ahead than not. This is just to imply that as African’s there is a progressive shift we are part of, and we need not to sell it short but push it even further. Some of the best platforms, brands are already African, and even the attempts to create them are sometimes more beneficial than franchising.

BECAUSE IS FOREIGN DOESN’T MAKE IT BETTER MY NAME IS JOAN OKORODUDU AND I APPROVE THIS MESSAGE.

when will models realise all these competitions are a waste of time, lol.

Its about time. We need to start appreciating what we have here thats how to get foreign businessmen to respect us.