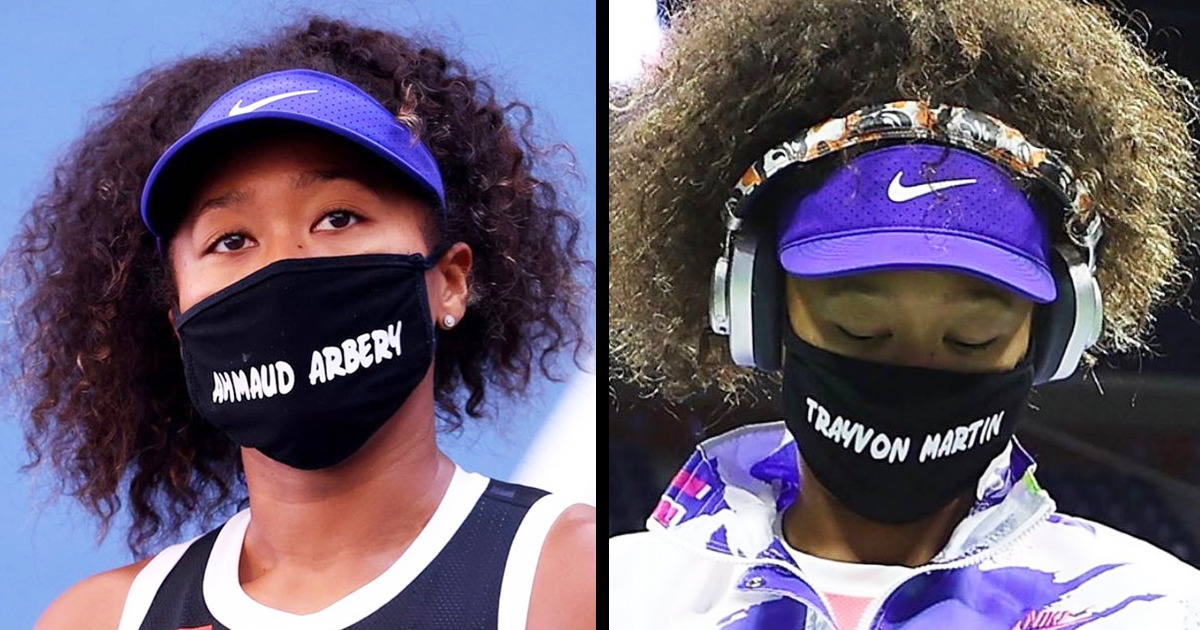 “Before I Am An Athlete, I Am A Black Woman” Tennis Star Naomi Osaka ‘Says Their Name’ With Fashion During Games

Ghana Celebrity Watch Naomi Osaka is a professional tennis player who represents Japan. Osaka has been ranked No. 1 by the Women’s Tennis Association. She has also been acknowledged as the first Asian player to hold the top ranking in singles. She has won five titles on the WTA Tour, including two titles at both the Grand Slam and Premier Mandatory levels.

Her representation of Asians after beating Serena Williams was a strong backlash to the black community when the media heavily focused on and described her as asian. Many felt she was denying the black blood within her and this caused a lot of discussions on social media. However, recently she has been pulling through some antics and acts that the mainstream media hasn’t paid to much attention to.

On Augusts 28th, Naomi Osaka played tennis on Friday, but not without making a statement that reverberated beyond the court. 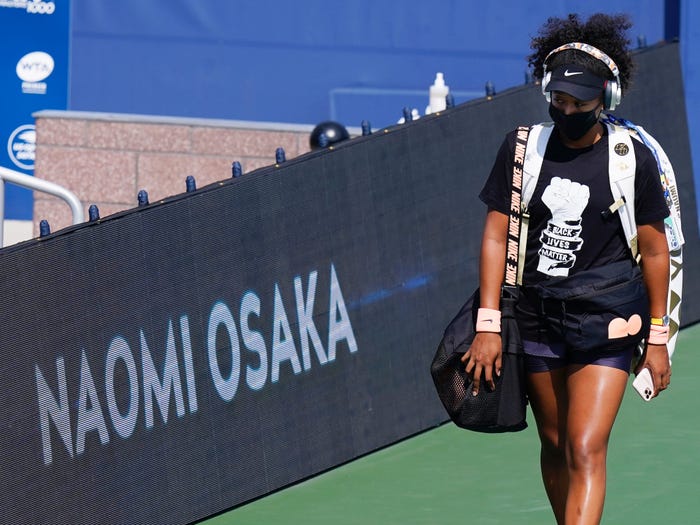 Though Osaka initially pulled out of the tournament to take a stand against the police shooting of Jacob Blake, she later decided to compete after the USTA, ATP, and WTA tours — plus the Western & Southern Open itself — all chose to pause play to take “a stance against racial inequality and social injustice.”

Later the tennis star announced via Twitter that she would not be playing in the semifinal match originally scheduled for Thursday morning because “there are much more important matters at hand that need immediate attention, rather than watching me play tennis.”

“Before I am an athlete, I am a black woman,” Osaka published. “I don’t expect anything drastic to happen with me not playing, but if I can get a conversation started in a majority white sport I consider that a step in the right direction.”

Her decision came shortly after protests erupted around the shooting of Jacob Black in Kenosha, Wisconsin — including that by other major athletes — where officers shot the 29-year-old Black man in front of his three children 7 times. Blake has been in stable condition at a hospital despite being shot seven times in the back, but his family says he is now paralyzed from the waist down.

Osaka followed the lead of players in the NBA, WNBA, MLB, and MLS who chose to step away from competition Wednesday in response to systemic police violence against Black Americans.

“Watching the continued genocide of Black people at the hand of the police is honestly making me sick to my stomach,” Osaka wrote. “I’m exhausted of having a new hashtag pop up every few days and I’m extremely tired of having this same conversation over and over again.”

However, her political fashion state did not end there. On 8th September, Naomi Osaka showed her nose mask game will still represent the black lives murdered by the whites who still haven’t received justice.

Osaka is the daughter of a Haitian father and a Japanese mother, she has spoken publicly about her own brushes with racism and has tried to use her platform to raise awareness of such issues.