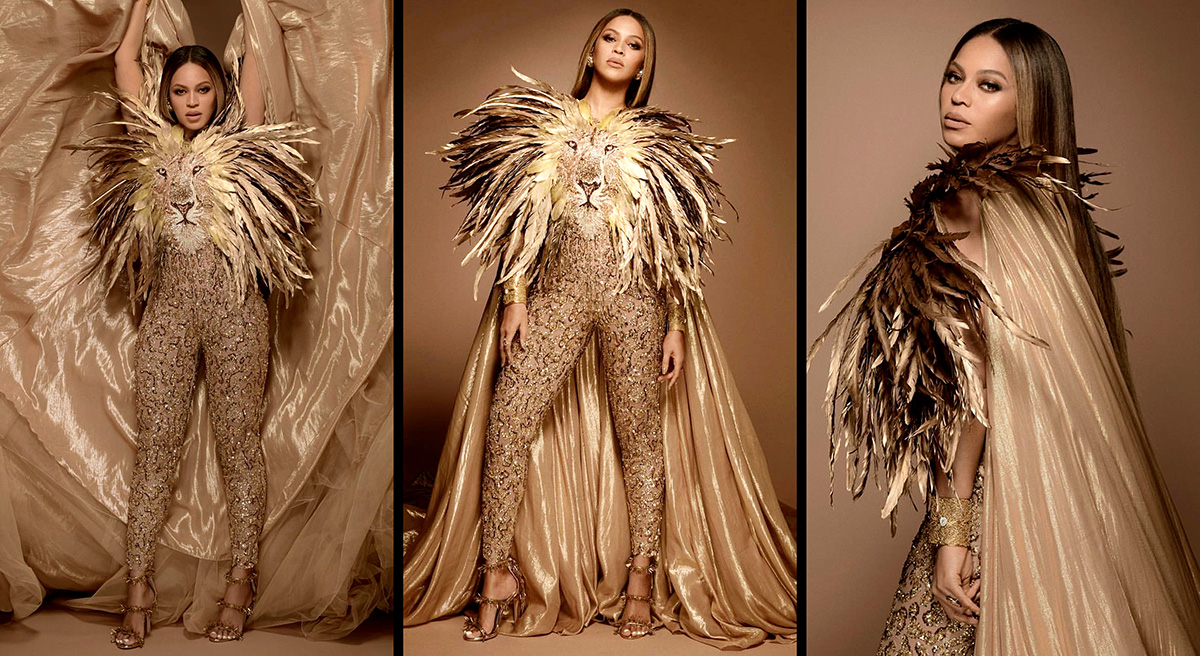 On Saturday, Beyoncé attended family matriarch Tina Knowles’s annual Wearable Art Gala in Santa Monica, California. This year’s theme was “A Journey to the Pride Lands,” inspired by Disney’s upcoming CGI-live action The Lion King reboot, in which the pop star provides the voice of Nala.

At the event, Beyoncé wore a custom-made glittering, feathery golden catsuit featuring an image of a lion across the bodice, and matching cape, designed by Georges Hobeika. Beyoncé posted several photos of her and Blue Ivy, as well as a video of her daughter lip-syncing “Circle of Life” on the ride over. 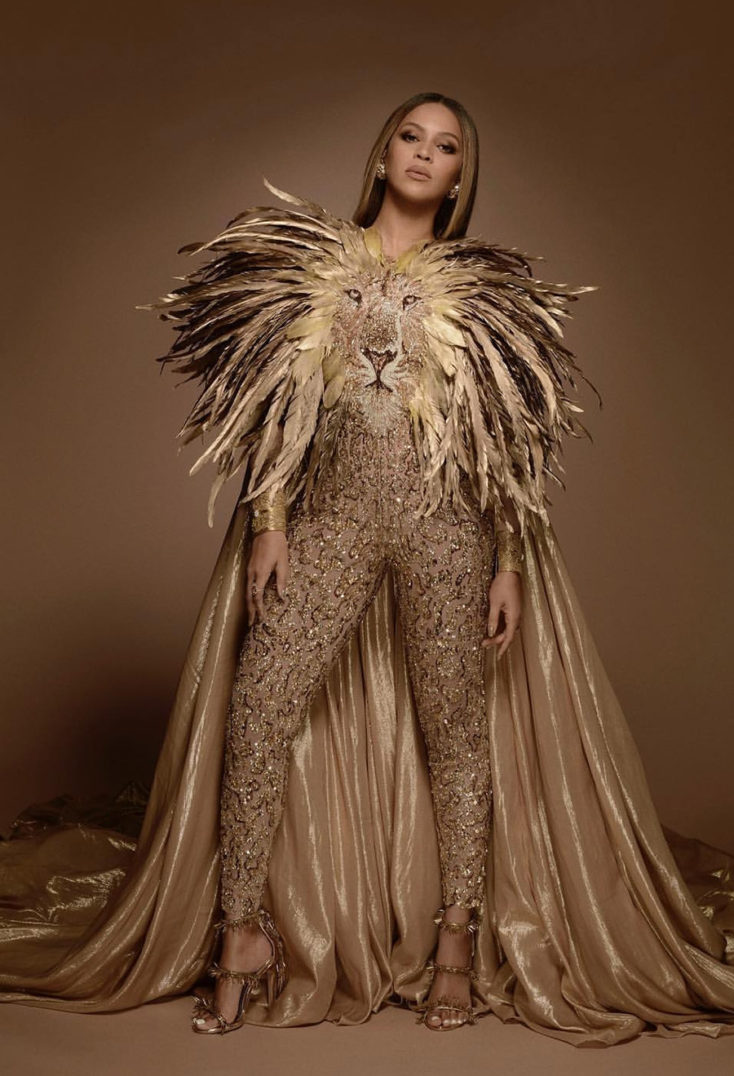 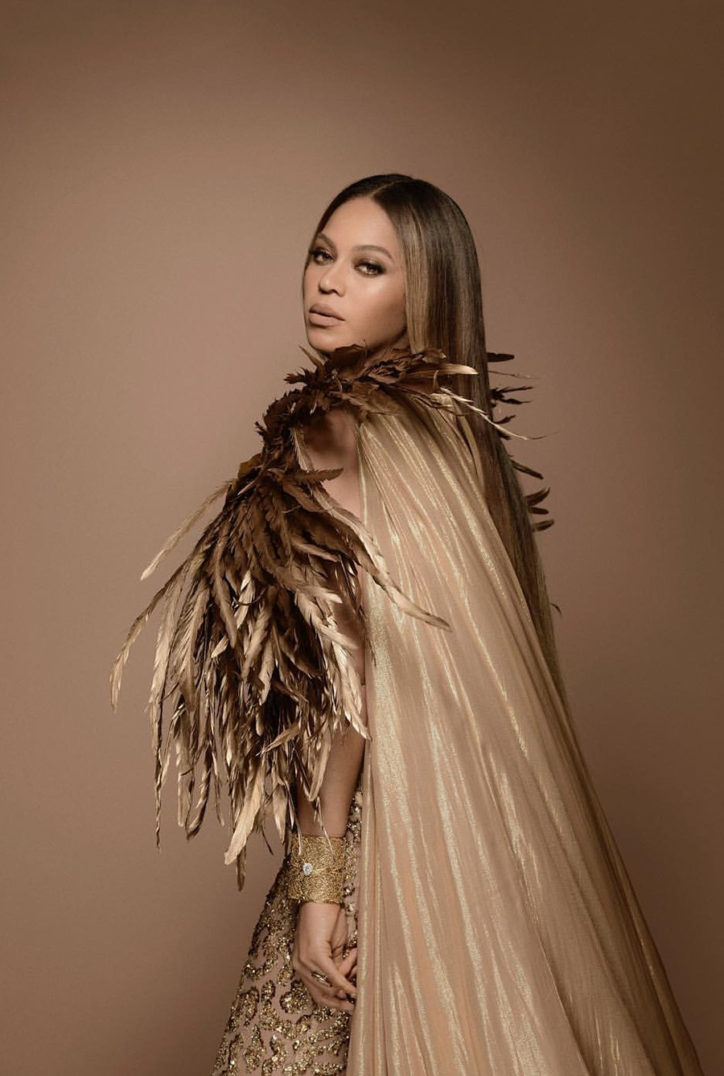 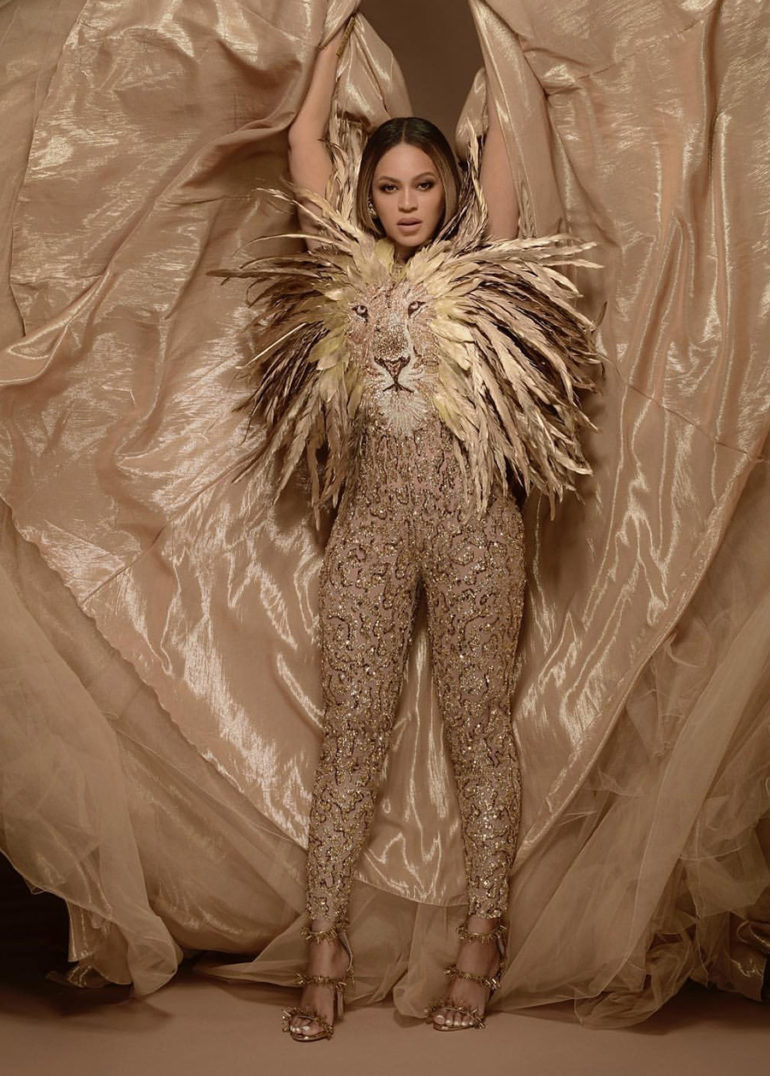 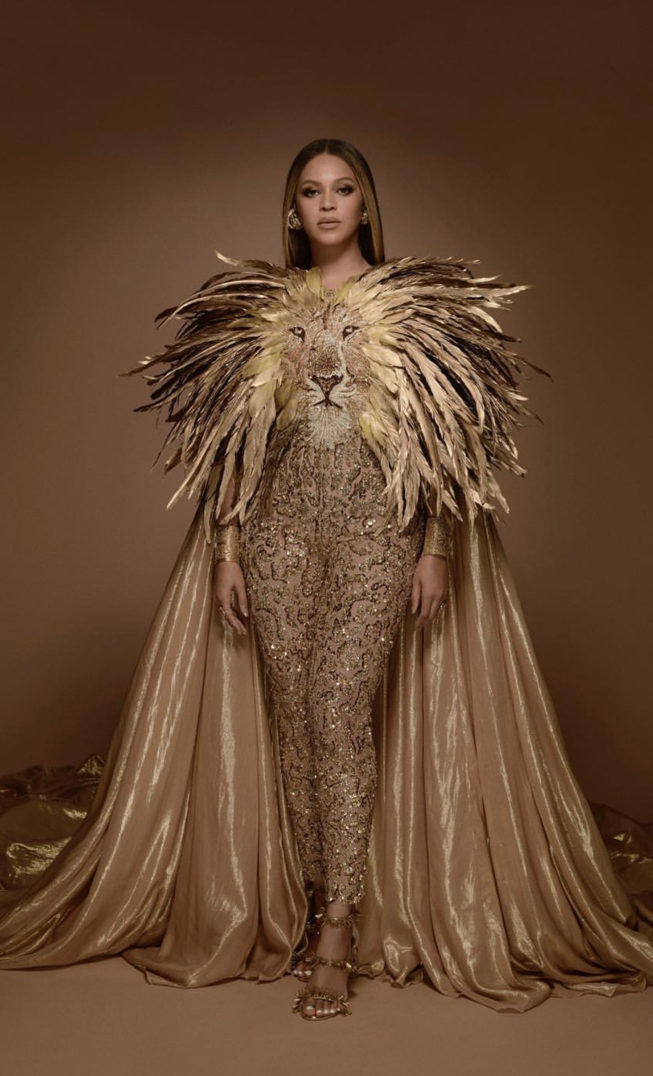 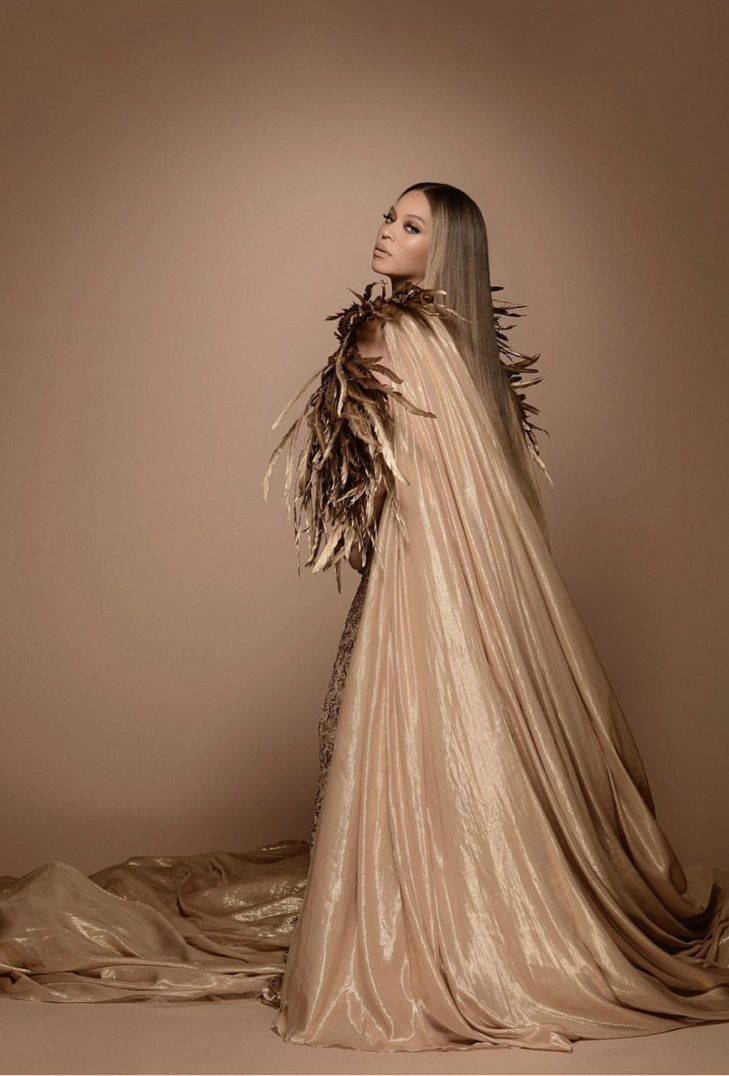 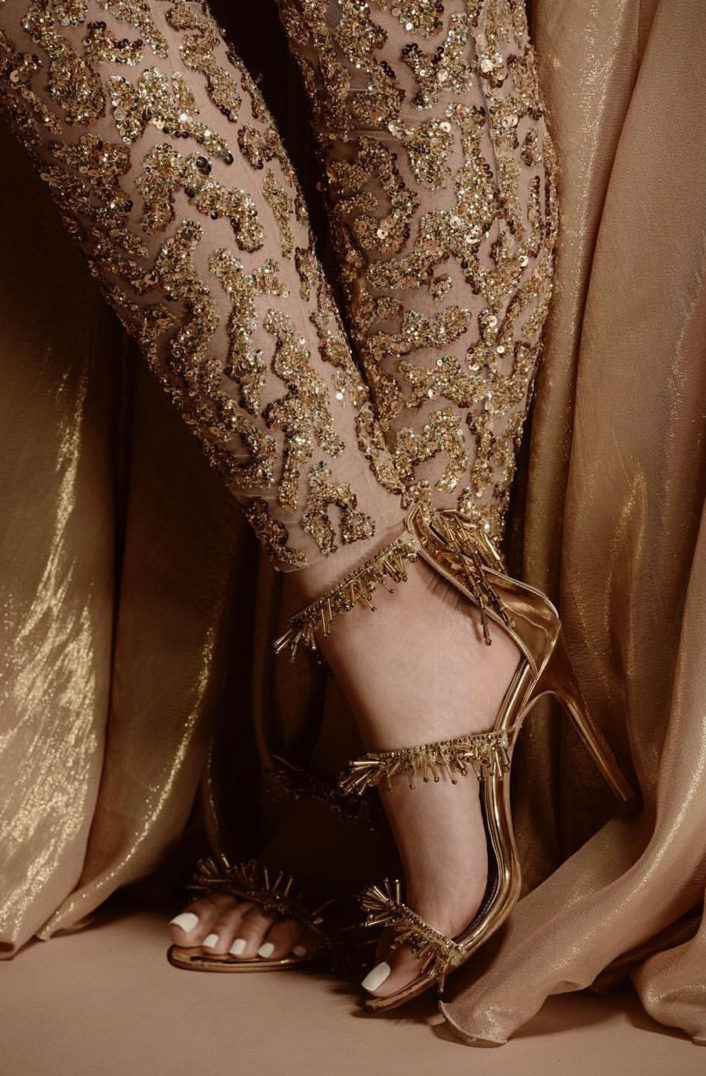