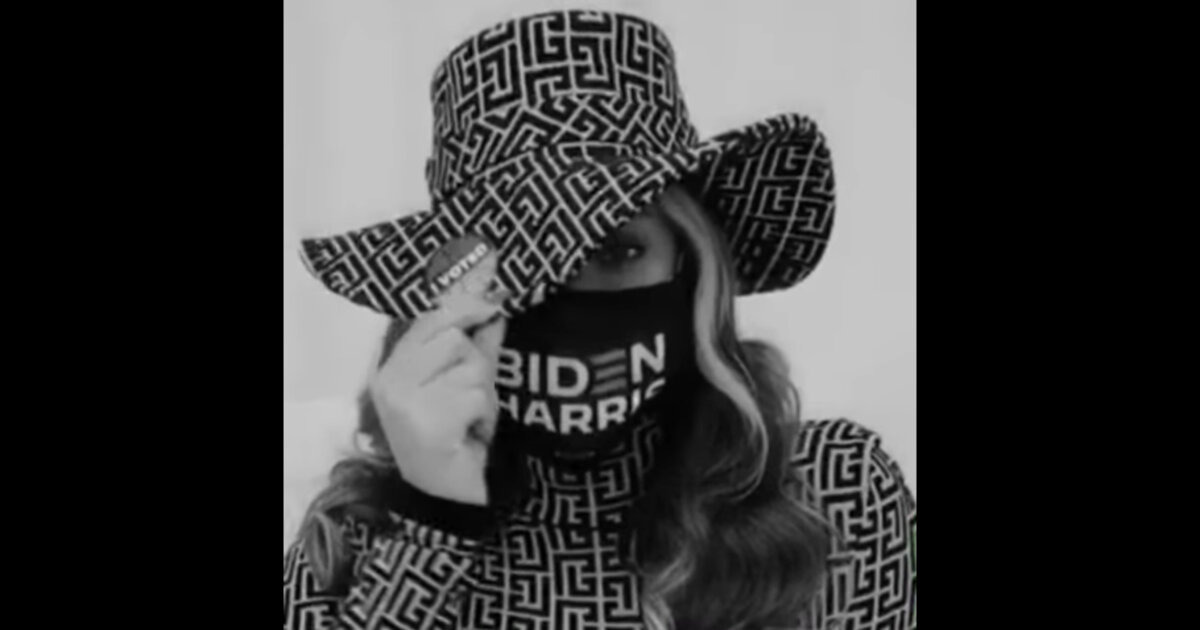 Back in 2016, where it was believed Hillary Clinton would mop the floor with Donald Trump in the US presidential elections, Jay Z and Beyonce Climaxed her campaign rallies at the very end with a performance in Cleveland, Ohio. However, that didn’t work as seen below.

The damage of Hillary being branded a crooked politician who damaged her phones and laptop to hide confidential and presidential information had resonated with the American people. Ever since then the democrat and the elite establishment have worked in every way to remove Trump from office.

A new election is on its way tomorrow November 3rd, and Beyonce resurfaces once again to surprise her fans as she endorses Biden presidential candidate Joe Biden who is seen to be working for the black vote. In a recent interview with Charlemagne the God, he told the African American people “If you don’t vote for me, you ain’t black”. Some found it offensive as to say African Americans are not allowed to think for themselves.

Also in another interview, he claimed Blacks are not as diverse as Latinos, to insinuate African Americans are not free thinkers. The last debate saw president Trump challenge Joe Biden on his promises for the black community by asking “You had 47 years in office Joe, why didn’t you do anything!” before Trump continued to boast of his achievements with helping the black community.

Never the less there are still works the democrats are executing to get the black vote. Getting highly paid black celebrities is one. Dwayne ‘The Rock’ Johnson, the highest-grossing actor came on board to support the democrats and Joe Biden and made a video about it. So did Cardi B, the leading rapper at the moment, and now Beyonce. See below as she flaunts her Biden Harris nose mask.

Also, Joe Biden picked a Jamaican-Asian lady as his running mate to fire up his African American base who has campaigned with him after leaving his bunker. Despite the recent damaging corruption deals with China exposed to Joe Biden from the found laptop belonging to his son, Joe is still campaigning.

To date Trump has a bigger slice of the black vote compared to all his former republican candidates, in some polls, he is predicted to get a high percentage than the democrats. There is no telling where the result of the election may head, but it will all soon be over this week.