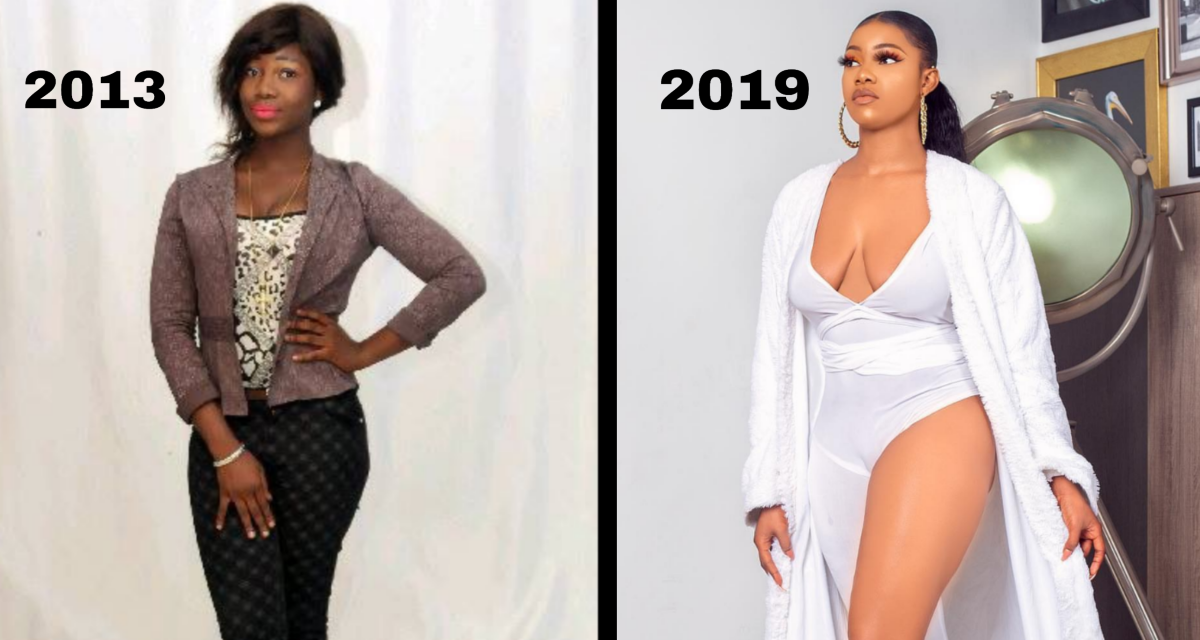 BigBrotherNaija Star Gets Praised For Bleaching After Sharing An Old Before & After Image, See Comments

Tacha, known on social media and symply Tacha took to her twitter to post a picture of herself from 2013 probably knowing very well the consequence she would face. The picture depicted a fairly dark skinned lady which had no resemblance to her with the exception of the lips, still convincing enough to believe it possibly could be her.

And yes, Tacha has got a strong army of fans that have run from blog to blog, social media to social media site, defending her, but this was simply nothing but an indication of how backwards she and her followers are. Many will like to see bleaching as simply a choice of beauty preference. But no matter how much we try to simplify it, bleach is and will always remain a sign of white dominance in our minds.

Despite the development of race relations between white and blacks and the more diversity in Africa we see today, bleaching has always stemmed from the train of thought that the whiter you are the better and more accepted you are.

Never the less, her before picture (if real) was captured in 2013 according to the BigBrotherNaija star. Then again the social media movement that did an amazing work to reinstall pride in dark skinned ladies had not began. There is no telling the number of Tacha’s the dark skinned pride movement have mentally saved.

What was notable was that the team of people that will usually fire at girls for bleaching were not to be seen, and instead fans made comments complimenting her. This could either be because they are tired, or we have reached a point where now we know someone of that nature is missing out more than gaining so we have not interest to make any challenging comments. Who knows. One thing for sure our admiration just dropped, but one question though….!

IS IT REALLY HER?