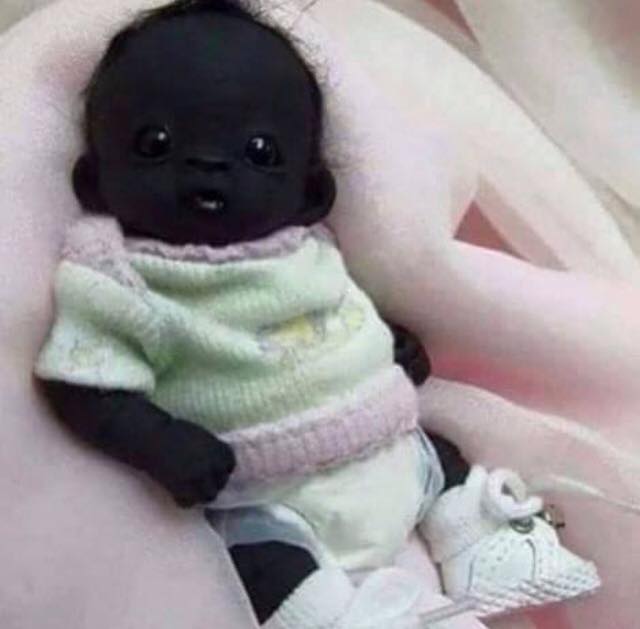 I am a fairly dark-skinned man, and every now and then I see skin tones darker than mine and I get jealous. One of the things on my ‘to-do list is to ensure I spend a few months tanning to enrich my complexion. Unfortunately, it’s understandable this is not the view of everyone. Some people admire dark, some people admire white skin tone, and some people admire the brown in between.

Nevertheless, years of various sentiments in the media have resulted in people mocking funny dark-skinned characters in pictures, most of which would probably have looked funny irrespective of the skin color. Despite the fact that science can only prove the more melanin the healthier the skin. However, seeing this dark-skinned doll mocked was not much different from the thought of a dark-skinned baby being mocked. 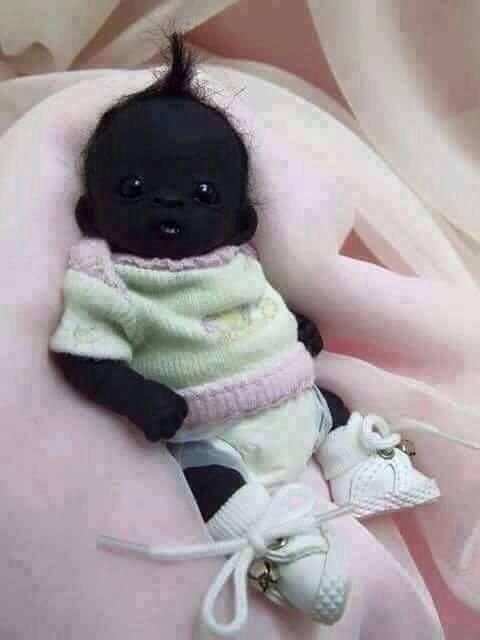 The doll above, which has no odd features with the exception of black eyes, is having its round on the internet as entertainment. Yesterday it was posted on facebook by a lady who goes by the name of Duchess Yvette. Her words read ‘Dumsor baby! Abeg dnt have sex tonite if u dnt have light ooooo‘ Her words indicate that this baby is a result of sex in the dark using the word Dumsor, which describes the power cut situation in Ghana. The caption on the image read ‘When You Keep Having Sex In The Dark‘.

The comments were even more offensive, and most people found it funny. The weird part about all this is those who mocked this image of a dark-skinned doll were not light-skinned people nor foreign lighter skin. They were people who looked no different to me. In fact, if they ever lived outside of Ghana, they will be classified as dark skin. Little do they know how sarcastic and stupid they may seem to foreigners.

Despite my disappointment and how difficult it was to not reply, I neglected the post as there are always better things to do than to engage with fools. Funny enough, on my search for more fashion and beauty news, this picture appears again. This time in a facebook group called ‘Kenyans Abroad’ posted by Fellyn Fredriks living in Dubai, where there were even more shocking results. Again another man with a complexion not far from mine. His caption reads ‘Hey guys help me name my newborn baby.‘.

From there on, many Kenyans took to the image to insult the baby doll with words like Darkie, Charcoal, Kiwi (Shoe polish in Kenya), as to suggest names for the doll. A Winnie went as far as to say ‘No mother would wish to have a child like that‘. And the one who posted the image to be mocked stated ‘When u keep on having sex in the DARKNESS Thats the result.‘

Without no denial, almost half the number of replies complimented the doll and its skin tone, but overall, the lower iq members of the group dominated the thread letting the world know how cursed they believe one is to be for being dark.

One would assume those in a Kenyan-related group will take an alternative approach. We are talking home of Lupita Nyong’o, home of the Massai tribe and many dark skinned beautiful women and men. Obviously, these people do not represent the majority, nor we can never say if they represent a major entity. In fact, I know of a number of ladies in Ghana and one guy who is always admired and being flirted with for their really dark skin tone. However, the cronies exist and proudly and humorously express their backward thoughts in public forums.

But it doesn’t end there. The famous Don Jazzy, celebrity music producer and artist from Nigeria. Posts this on his instagram a week ago. He reframed from mocking the picture knowing very well the commenters will do so. Maybe by the time you see this article, his post may or may not be on but if it shows below, see it for yourself.

Sometimes when models like Alek Wek have to tell the humiliation they went through before they got where they are as a dark skinned individual it might come across as an exaggeration, but one can only imagine what young children with such beautiful skin tone are being made to feel in and out of Africa. Remember, people like Alek Wek are actually similar if not the same as this child. 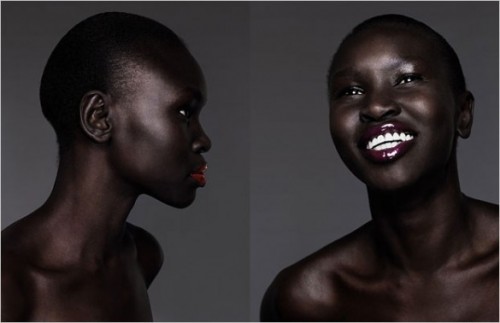 When we see girls like Dencia and other ladies bleach their skin to ridiculous colors, can we blame them if it is because they grow up around idiots like these? There is not much more to say, but reading through this was disheartening especially coming from Ghanaians and Kenyans, and it probably doesn’t stop there. Could it be they have the same envy as I do, but they feel to dam the confidence and image of the dark skin tone is how to feel better about themselves?

These people are not just holding a difference of opinions, or preference of skin tone, they are an embarrassment to the word Africa. I am still looking forward to sun bathing though, luckily, I might reach the skin tone of this doll. 😉

PS: If anyone knows where this doll image is originally from, please do get intouch. 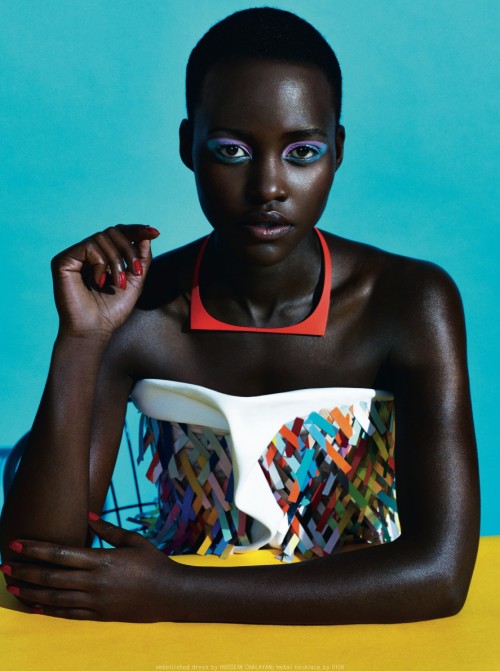 I would love to purchase this doll for my family. Can you please direct me to the website where I can place the order

I want to purchase one of these dolls for my grand child. Let me know on Facebook. Thanks.

Please don’t be offended .. It’s a group mentality low IQ “thought it was funny” thing… It is imperfect human nature to want & desire what one cannot have, white skin, dark skin, straight hair, curly hair etc etc… After some years many mature, normally around 30 .. And start to realise that they must love and accept themselves as they are …

Of course we know that “colorism” exists in Africa as Lupita indicated recently. And skin lightening is a problem in many parts of Africa. But Im not sure I would make the leap from the doll to social attitudes in this instance. The doll’s large black eyes makes it look like a caricature of a dark skin human baby. So, perhaps, they are just poking fun at a odd- looking doll. You will find plenty of dark skin babies in Ghana and Kenya. I dont imagine that dark skin babies are generally ridiculed in either country.

Just a reflection of self hatred due to brainwashing by colonizers. Mental slavery . Colonizers often encouraged skin bleaching as a requirement for employment .

As I point out often: No one is going to love you any more than you love yourself. If you don’t like being black and then you hear other people say they don’t like black people, are they against you or are they agreeing with you?