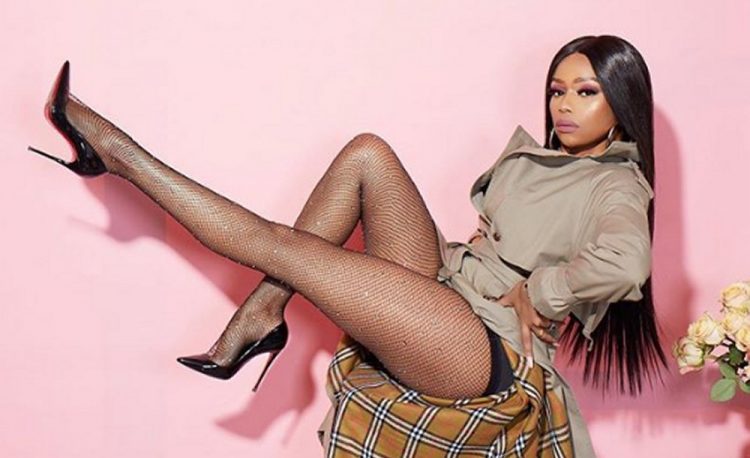 Bonang is a big fan of designer heels and once forked out R11 000 for a pair of Guiseppe Zanotti shoes.

Naturally, Queen B can spot a fake a mile away
She recently came across an image of a pair of shoes that were labelled as being Amina Muaddi.

But Queen B noticed that the shoes were fake.

“Been seeing a lot of fake Amina Muaddi shoes. I wonder if they’re aware,” she replied to the post.

Been seeing a lot of fake Amina Muaddi shoes. I wonder if they’re aware. 🤔 https://t.co/e87zjgqoR9

One Twitter user told Queen B that many women are well aware they are wearing designer knock-offs.

“Queen B we are fully aware they are fake, we just like nice things Nd Wana look good, fake or not it wears the same… we trying to look hot like you.”

Queen B we are fully aware they are fake, we just like nice things Nd Wana look good, fake or not it wears the same….we trying to look hot like you 🐝 pic.twitter.com/A14UodI5Wz

One Twitter user revealed that she bought her ‘Amina Muaddi’ shoes for cheap-cheap.

Another woman added that they had to fake it until they make it.

They say fake it until you make it and we shall!! 😛😛😛 pic.twitter.com/Qz3TfyKtXK