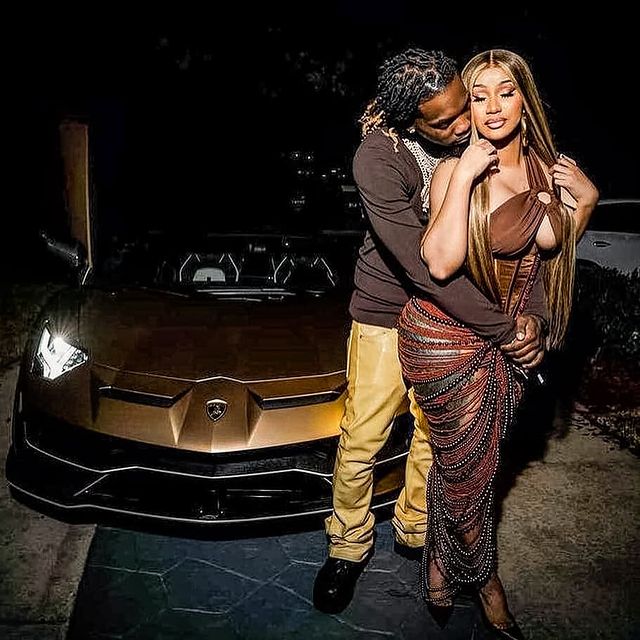 This year has been one roller coaster for all of us and American rapper CARDI-B, the rapper has gone on to win platinum records with her WAP single, be named as BILLBOARD woman of the year and her collaboration with shoe brand REEBOK and all the backlash that came with her portrayal of the Hindu gods, it seems the many times she makes a big feat with her career the musician seem to find herself shooting herself on the feet with blunders that ought not to made, for a huge brand such as hers who actually would demand for recognition and respect from individuals or firms who would like to hire her services one would have thought that she would have known better. News coming in indicates that Rapper Belcalis Marlenis Almánzar, known professionally as Cardi B, Born in Manhattan and raised in the Bronx, New York City, she became an Internet celebrity after several of her posts and videos became popular on Vine and Instagram.

Recently the rapper shared a video on her official Instagram page which has a whooping 75million followers on the micro-blogging site, the rapper was seen one of South-Africa’s top designers, Gert-Johan Coetzee, Coetzee is one of South Africa’s most influential fashion designers. His couture evening wear has draped the bodies of local celebrities from Bonang Matheba to Zozibini Tunzi. It was only a matter of time till international stars realized his star power. Cardi was in the brown #KraalCouture new 2021 collection, Taking to Instagram, US rapper Cardi B surprised her fans in a Coetzee original. Showing off the beaded dress, Cardi sashays across the floor while leaving nothing to the imagine.

Not long after sharing the post, Coetzee shared the same video with the caption: “The amazing Cardi B; @iamcardib Beaded by Gert-Johan Coetzee.” Fans were quick to congratulate the designer, but many were left disappointed by the fact that the ’WAP’ rapper failed to tag him in the post.

Some reactions from followers of Gert-Johan had this to say about Cardi’s refusal to tag the designer;

“I wish she tagged you on her post,” commented one user,

while another said: “Now l get why you never responded to my inquiries you are levels. Well done.“

Local rapper Nadia Nakai also gave props to the designer with: “You the king and queen of everything!“

Here’s a sneak preview of the original collection from the designer, kindly let us know what you think about the actions from the rapper by not acknowledging the designer.

#MODELCRUSH: Once You Gaze At Her You Won’t...