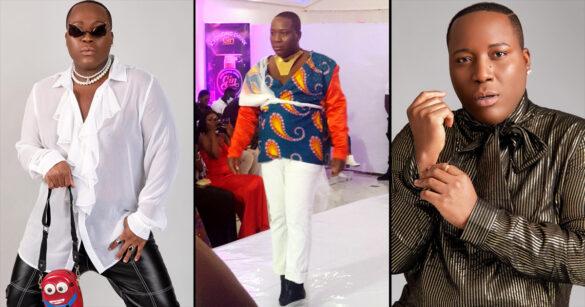 COMMENTS: Popular Gh Fashion Critique Charlie Dior Chastised By The Public After Being Spotted In A Dreadful Runway Outfit

Who Is Charlie Dior

Charlie Dior is US-based Ghanaian red carpet host, an Award-winning media Presenter, and the latest fashion critique to emerge out of Ghana. He originally started his public personality career as a menswear style influencer with a very camp style in the USA whilst visiting Ghana regularly. 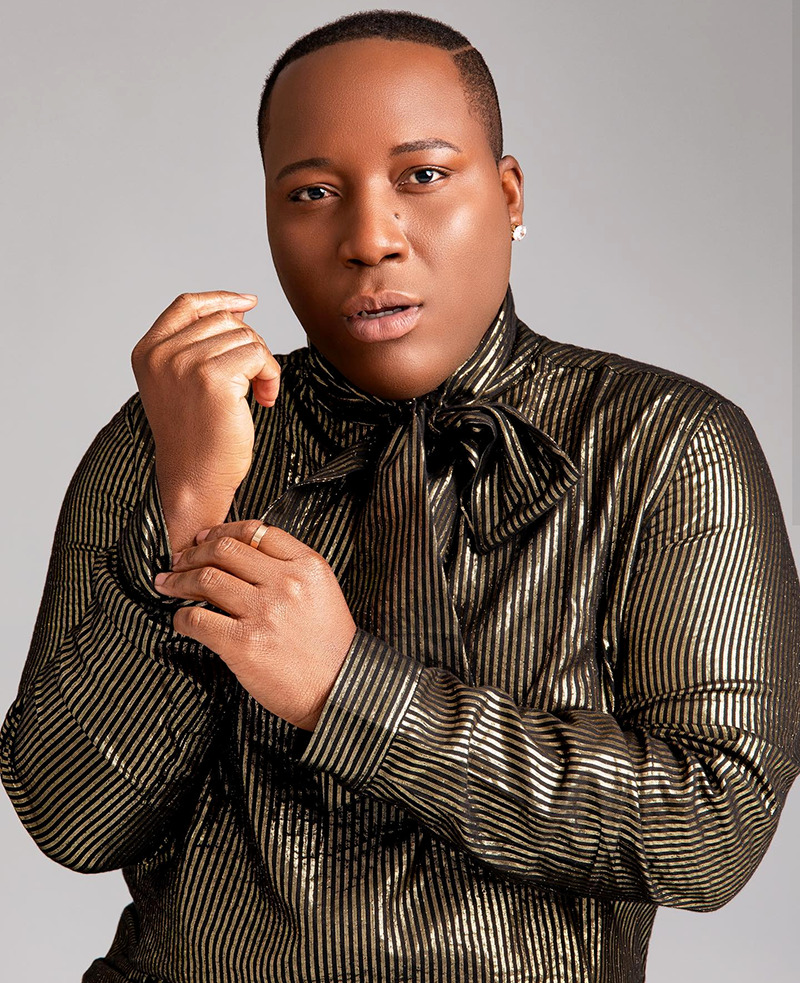 His flamboyant and outlandish style of presenting managed to obtain him a loyal fashion following until recently when his popularity blew up from fiercely criticizing popular Ghanaian celebrities for what they were on the red carpet.

How He Rose To Instafame

Simply by facing his own phone camera in the comfort of his own home, Charlie is now known for giving Ghanaian celebrities a taste of his sharp tongue by breaking down everything wrong (and sometimes right) about what they dawn on the red carpet or in public. 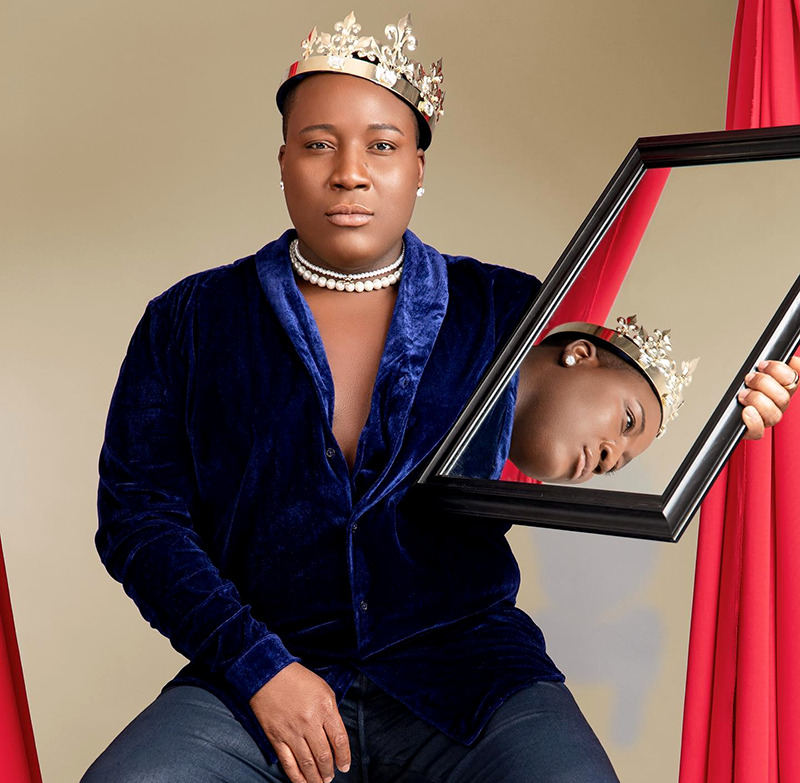 His recent review and criticism of both KiDi and Nana Akua Addo at the VGMA’s obtained him instafame in Ghana. Since then he has been interviewed on numerous tv shows, and his fashion critique opinions have been treated as golden which catchphrases such as “we are going to burn this dress” and so forth.

Charlie Dior Now At The Center Of Public Scrutiny

Well, in the eyes of some Ghanaians, his credibility is hanging on a thread as the camp critique took to participate in the just-ended Africa Men’s Fashion Week which took place on the 7th of August 2021. The fashionist hit the runway rocking an outfit by young Ghanaian fashion designer Jerey Mensah.

Charlie was spotted in a multi coloured blazer with white pants, man heel boots, a metal necklace with a draping chiffon bow around the blazer, and nothing underneath. Not only did Charlie walk up and down the runway, but he executed an awkward 3 back step before turning around and leaving the runway.

Obviously as seen on our platform at FashionGHANA.tv he got nothing but love and we do totally understand the level of creativity designers reach for on the runway, but the video went viral on various other platforms in minutes and the comments were definitely not in his favour as the public viewed the outfit as Dreadful.

Charlie Dior defended himself by on the same post by stating “I was there as a model not a fashion critic so I will put on whateva the designer ask of me ! Y’all wanna burn it that cool but you can’t deny the fierceness of the walk !!! 😂😂😂 one love ❤️”

However, that proved little to no help as the public tore him up a new one. See the comments below. 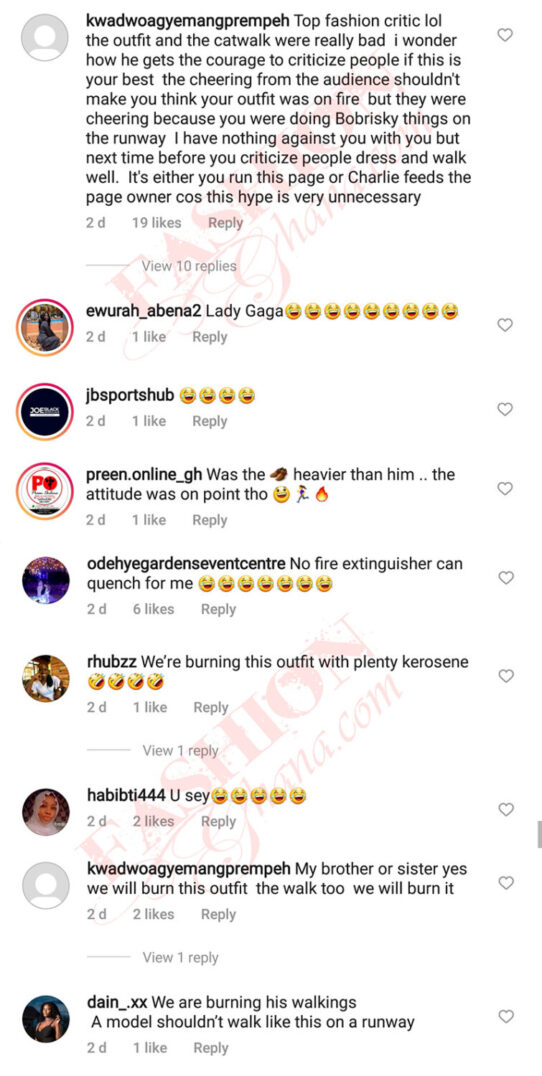 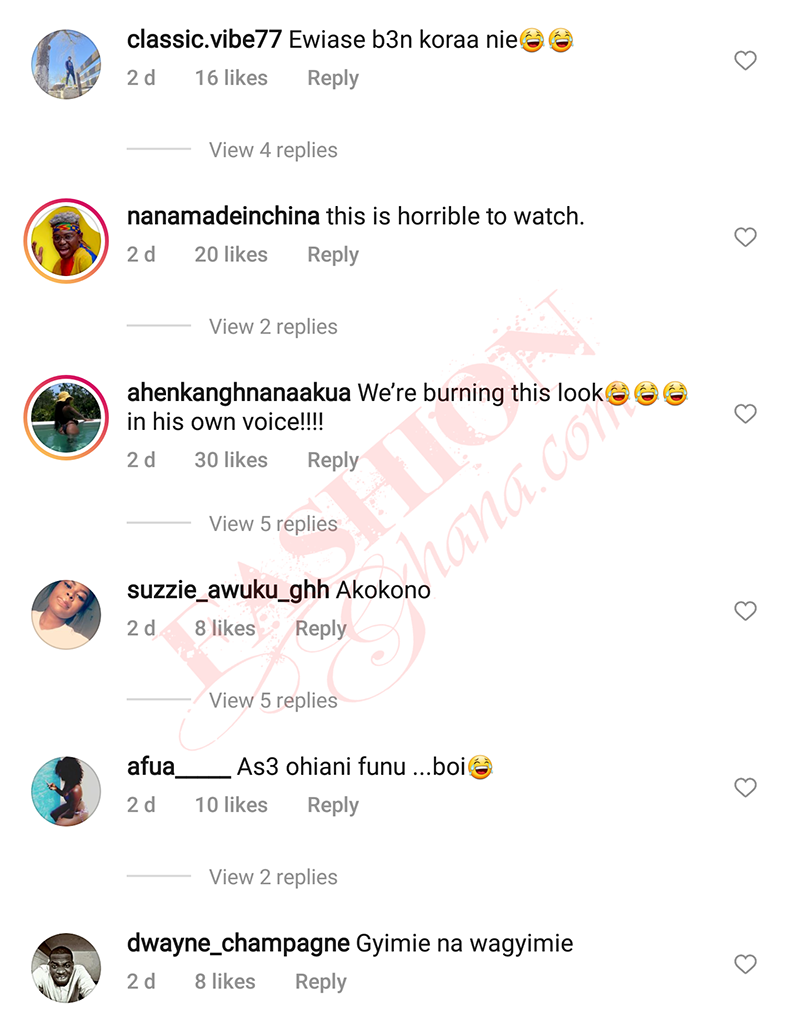 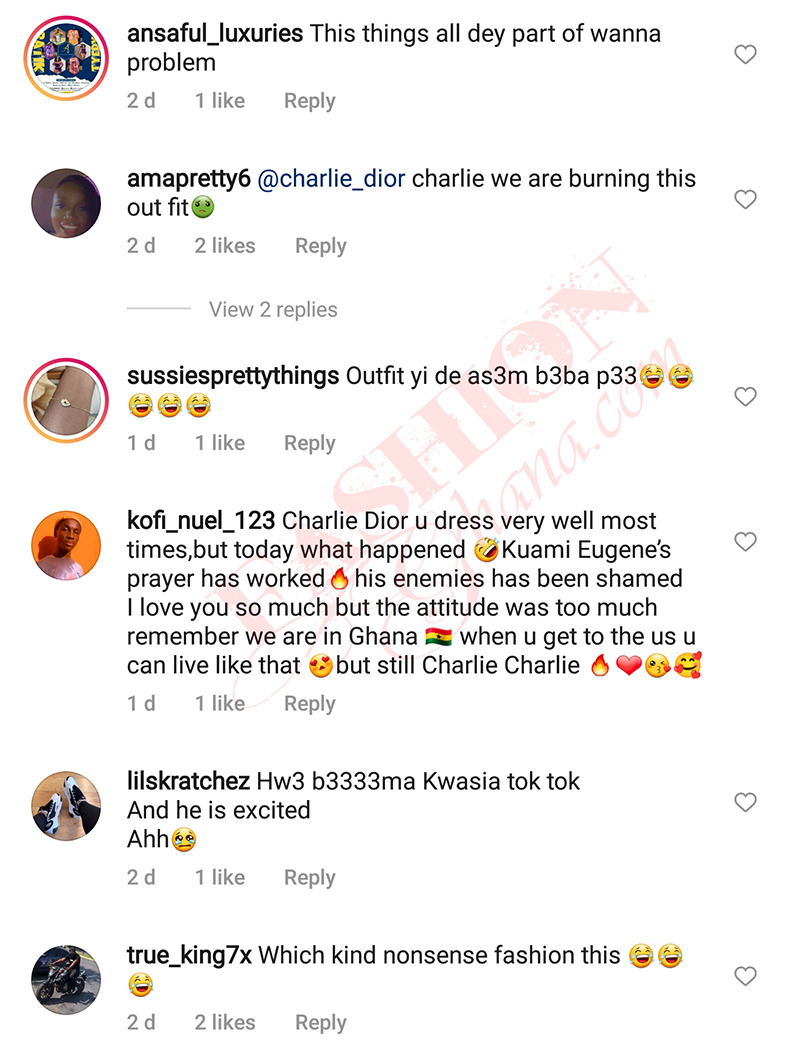