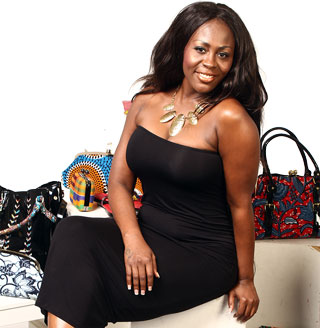 An Accra Fast Track High Court has on Thursday granted an ex parte application brought against owner of Aphrodisiac Night Club, Confidence Haugen to stop using a logo she is currently using for her Konfidence fashion line.

In September 2012, Confidence launched her fashion line which is made up shoes, bags and accessories.
The court, presided over by Justice Cecilia H Sowah, placed a restraining order after Ghanaian designer Makeba Boateng, who owns Keba Clothing, sued her for infringing on her intellectual property rights having created and actively used and popularized the logo since 2002.

The court ordered the cessation of the use of her “K” with a butterfly logo for the Konfidence Fashion Limited and its products.

According to the court, Makeba has been duly acknowledged by the Registrar General’s Department as being first-in-time to initiate the process to register the logo under the country’s trade mark laws.

Makeba popularly known together with her clothing line logo in the industry as Keba, according to her lawyers, personally alerted Confidence when the defendant sought advice from her in July 2011 about how to go about the clothing business. 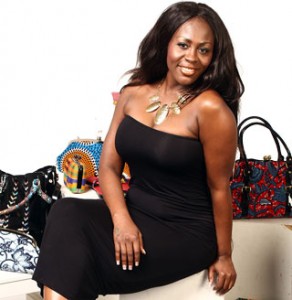 Her lawyers said, Makeba revealed to the former Big Brother Africa housemate that the logo she intended to use was hers but Confidence did not seem to have taken the advice and has gone as far as to alter the C in her name to K just to infringe her intellectual property rights in the logo.

Lawyer Samson Lardy Ayenini who argued the application on behalf of his senior Charles Zwennes told the court that the action of the defendant was deliberate and intended to unlawfully supplant the goodwill Keba has enjoyed in the industry and confuse the public.

The court granted the order which means from now Confidence is prevented from using the logo for any business until she appears in court to justify why she must be allowed to use it, pending the final determination of the suit.
A bailiff is expected to serve Confidence with the order and she has within 21 days to respond.

This is stupid. instead of these people coming togther dey are fighing over a simple logo. Thats why Africa is not moving forward.

You say its stupid, sombody worked hard to do something they another person steals it. This is actually an improvement for Africa. It will teach others to respect peoples creations.

This is the sexy woman from Big Brother Africa.

Who is Makeba and where can we see Kaba clothing, Ive never heard of her

Is this story true?? The logo is still on Konfidence’s facebook page. lol