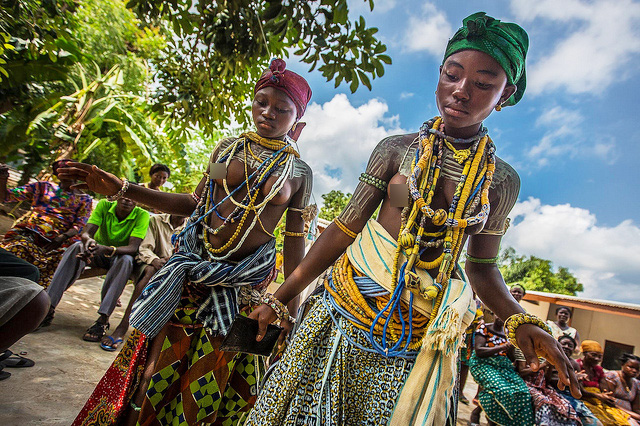 The Krobo people are grouped as part of Ga-Dangme ethnolinguistic group and they are also the largest group of the seven Dangbe ethnic groups of Southeastern Ghana. They are farming people who occupy Accra Plains, Akuapim Mountains and the Afram Basin.

The historical origins of Krobo people to their present habitation is a subject of great academic and oral debate in Ghana. While Jackson, backed by oral tradition, state that the Krobo migrated from somewhere in Eastern Nigeria, the other documented sources (notably Enock Azu, Reindorf, Huber, Field, Kropp Dakubu, Wilson and S. S. Odonkor) point mainly to Sameh in Dahomey (Benin) as the probable source of origin of the Krobo together with other proto-Dangmes. Others point out the origin of the Krobo as Sameh in Western Nigeria, southwest of the River Ogun. See images and read more below. 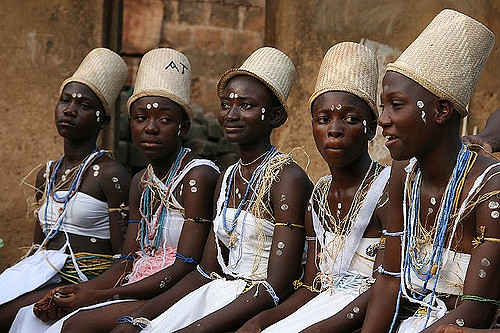 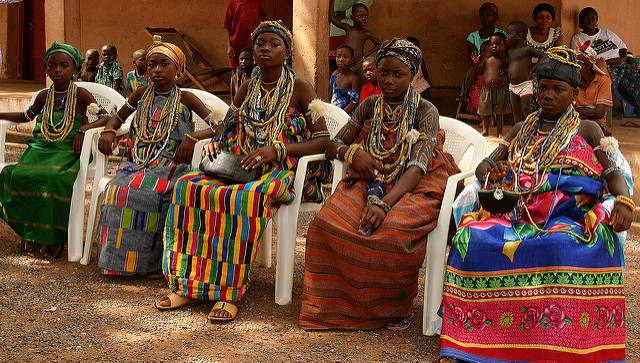 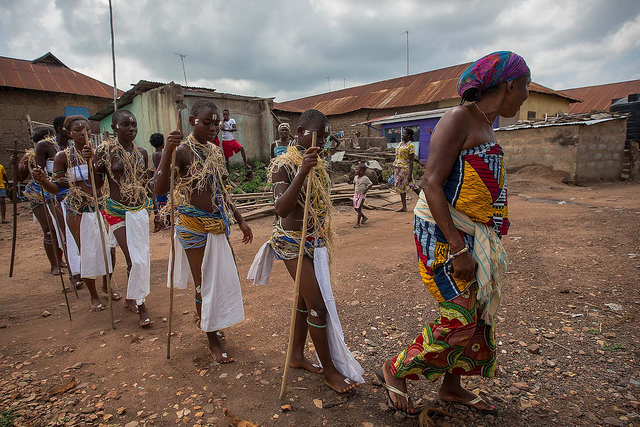 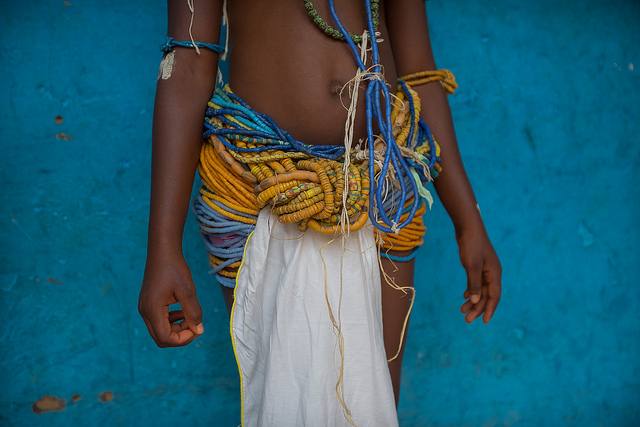 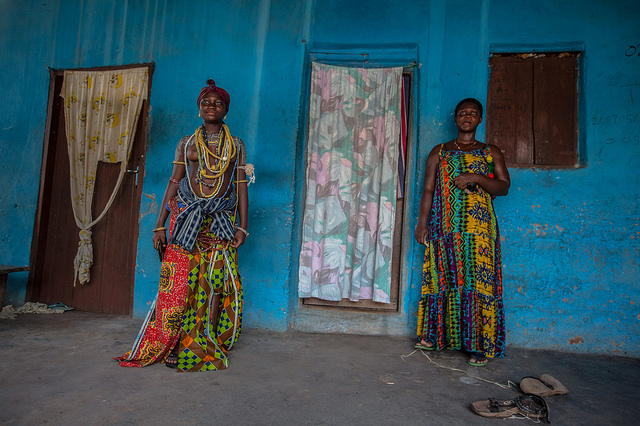 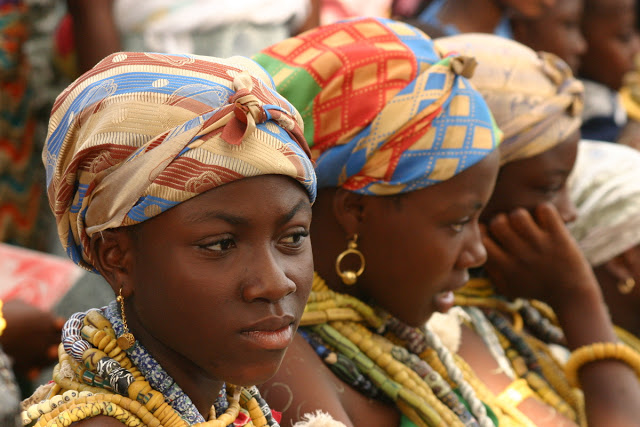 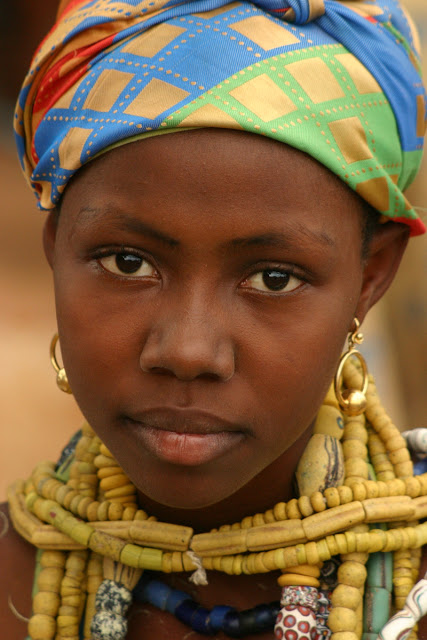 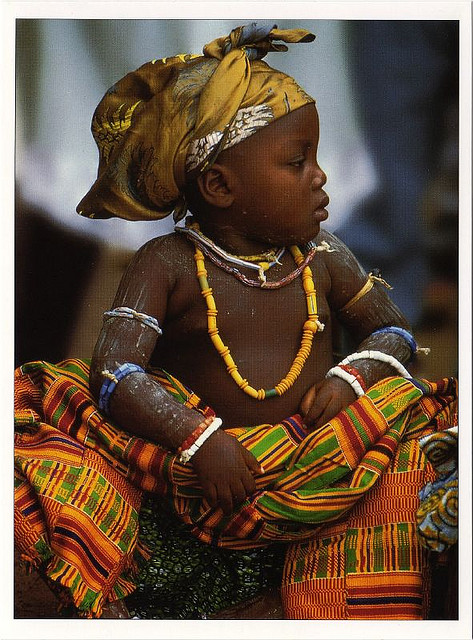 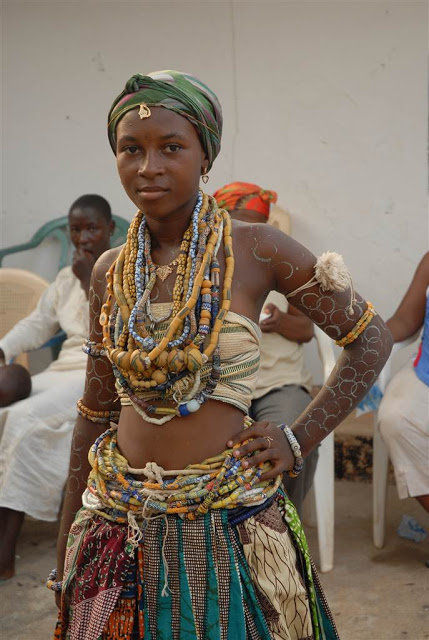 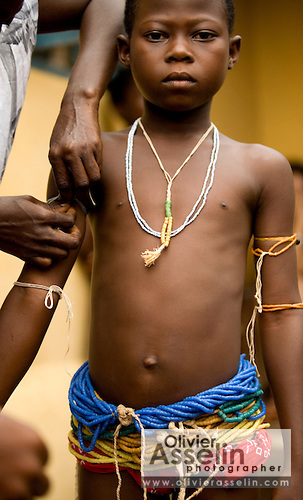 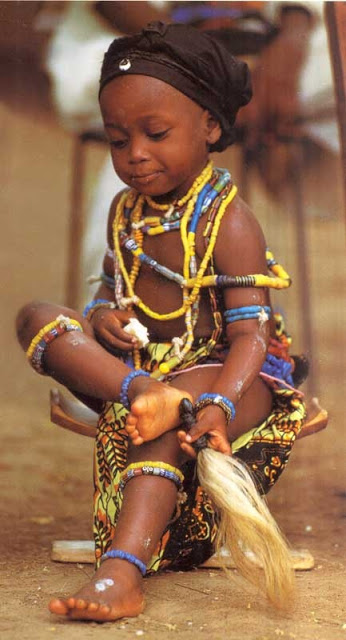 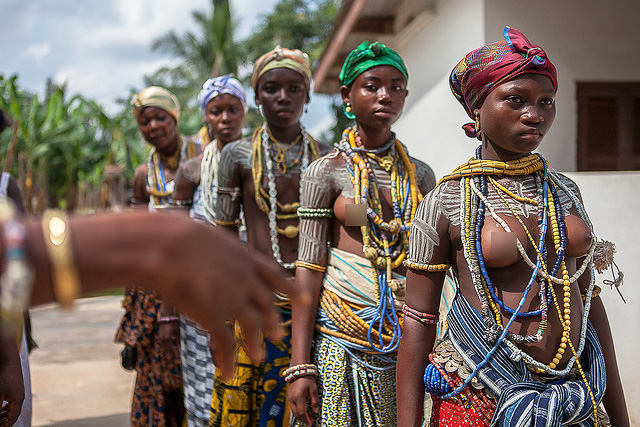 Presently, most scholars assume that the Krobo migrated from around the regions of Nigeria, crossed the Savanah westward through hostile lands and crossed the River Volta, and settled at the Tagologo plains, within the Accra Plains, later to be called Lolovor some where around the fourteenth century. (Lolovor means brotherly love is finished in allusion to community quarrels among the immigrants for control of farming land.) After wandering between the present sites of Ada and Lɔl vɔ Hill, they established their home on the Krobo Hill, where, to this day, may be seen the ruins of their old town, built of solid rock, as well as the remains of their ancient ritual shrines. Here, tradition says the Dangme tribes split up and went their several ways.

The Krobo under the leadership of Madza and Aklo Muase settled in a newly discovered plateau with steep sides and a few entry points, (The Krobo Mountain). On this mountain they lived for more than four hundred years. Once there, additional Dangme and even alien races escaping from tribal wars like the Akan as well as some Ewe groups were ritually admitted between the fourteenth and sixteenth centuries.

The exact date on which the krobos divided themselves into Yilo and Manya krobo is still uncertain. According to one account, the Krobo remained a more or less united nation until 1858. It opined that, in 1858 Ologo Patu, the Chief of South Western Krobo led a rebellion against the Government. This owed its origin partly to the strong objection the people of the eastern districts had against the paying of poll tax, and partly to a quarrel with Odonkor Azu, the Chief of Eastern Krobo, whom Patu attacked. (In earlier years the Manya Krobo were known to Government as the Eastern Krobo, whilst the Yilo were known as the Western Krobo). From that date to this day, the Krobo have been administered as two separate States, named today as Manya and Yilo Krobo. Ologo Patu, or his predecessor that is theYilo, were said to have arrived on the Krobo Hill a very long time after the main body. He and his followers were said to have come from Denkyera probably after the collapse of that ancient Kingdom in the latter part of 17th century. Whether they were then of true Denkyera blood (ie Akan)and later adopted the customs of the Krobo, notably circumcision, and became absorbed into the main Krobo ethnic group as held by the Manyas, or whether they were remnants of the original migrants who had lost their way coming from Nigeria.

Does anyone know the designer Pepper, who worked in Accra during the 70s?!I walked for him during the 1976 Ghana International Trade Fair. Would love to touch bases….