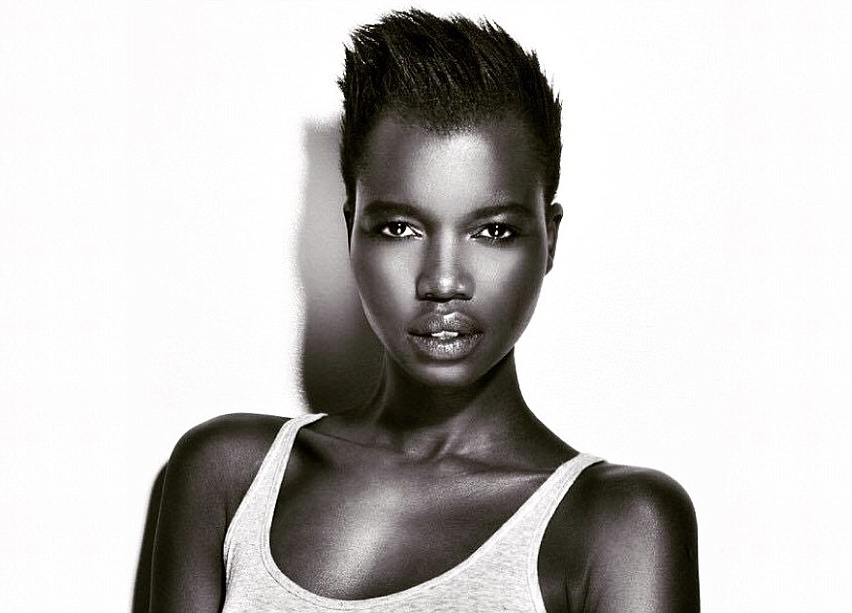 Popular model Nykhor Paul took to instagram to write an open letter to white people regarding a complaint about racism in the industry. Her rants stemmed from a matter of her having to bring her own make up to shows as a black model. The rant implicated that it was not her first time having to do this. Read below and then I would give my unconventional views after. 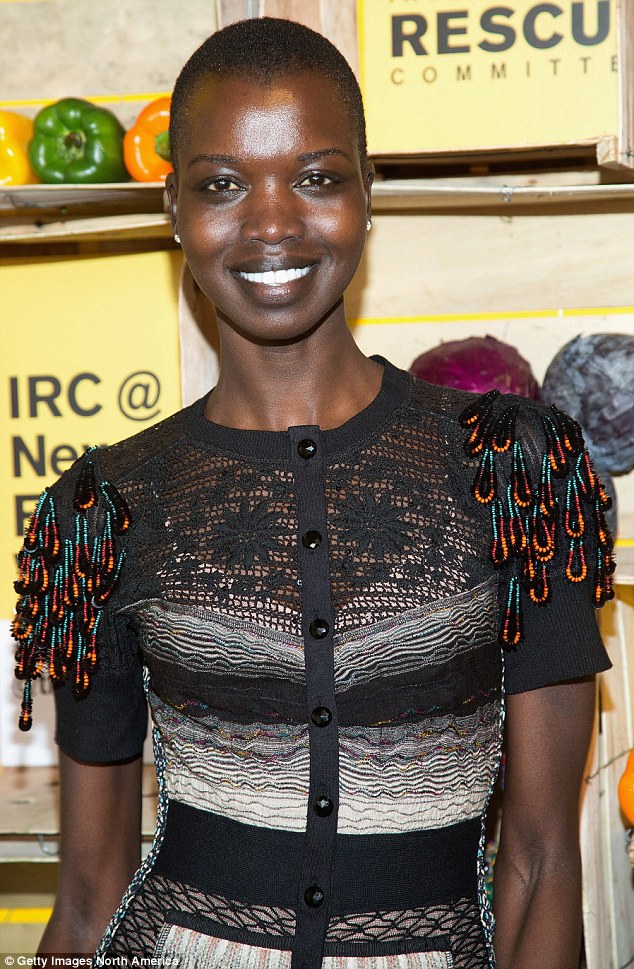 Dear white people in the fashion world!
Please don’t take this the wrong way but it’s time you people get your shit right when it comes to our complexion! Why do I have to bring my own makeup to a professional show when all the other white girls don’t have to do anything but show up wtf! Don’t try to make me feel bad because I am blue black its 2015 go to Mac, Bobbi Brown, Makeup forever, Iman cosmetic, black opal, even Lancôme and Clinique carried them plus so much more. there’s so much options our there for dark skin tones today. A good makeup artist would come prepare and do there research before coming to work because often time you know what to expect especially at a show! Stop apologizing it’s insulting and disrespectful to me and my race it doesn’t help, seriously! Make an effort at least! That goes for NYC, London, Milan, Paris and Cape Town plus everywhere else that have issues with black skin tones. Just because you only book a few of us doesn’t mean you have the right to make us look ratchet. I’m tired of complaining about not getting book as a black model and I’m definitely super tired of apologizing for my blackness!!!! Fashion is art, art is never racist it should be inclusive of all not only white people, shit we started fashion in Africa and you modernize and copy it! Why can’t we be part of fashion fully and equally?-Nykhor Paul(taken from Instagram)

So here are my thoughts, and I am making it clear that it’s MY THOUGHTS as some decided to blast me for opinion on not finding Teen Vogue offensive. Firstly, there are many shows around in this world, black orientated shows, shows by either blacks, whites or other that don’t discriminate. Also shows back in your own continent ‘Nykhor Paul’ that don’t ask you to bring make up for your black skin.

With your status it’s fair enough that you chose to continue to work in the mainstream, we applaud you for getting there, but if you are not using your popularity and/or wealth, to turn around and support the fashion industry and shows that do not discriminate against you or from your home, then your complaints are unimportant.

Almost every other week is a complaint from the west about how racist the ‘white fashion industry’ is. Fine okay, no one is disputing it, now tell us what you are doing to support the non racist entities? ie. other magazines and shows that didn’t discriminate you? Or upcoming ones that you will be highly favoured either owned by blacks, whites or other?

Whether is a hardcore racist industry, or a string of coincidences, mishaps and/or bad people that make it look racist, the bottom line is it was like that before you were born, right before you got into it, when you were up and coming, and now you are a top model. And if you the “Top Model” is doing nothing to help change it or develop something else, then deal with it.

From all the black celebrity models who have complained about racism, Naomi Campbell today stands as the only one that actually made efforts to change something, which makes her stance on racism valid. All the others probably won’t have cared had they not suffered any backlash or had make up problems. 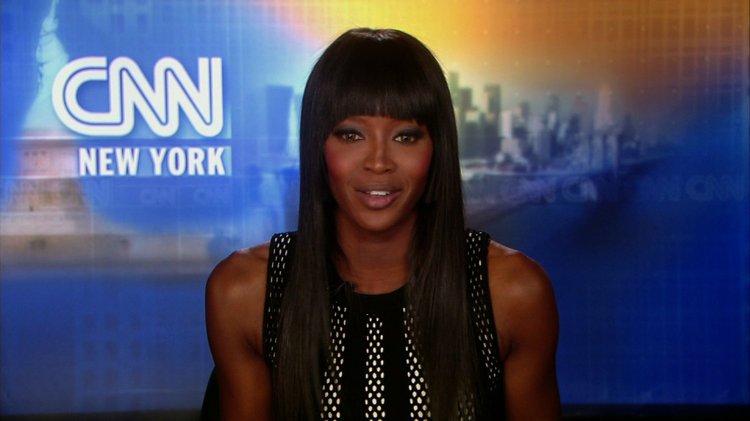 I don’t know the history of the development of fashion in Europe and America, but what I do know is that the people you call racists for not getting your make up right, are the ones who booked you for their show. And the same orientation of people who developed their industry for their aspirations.

Once you have noticed their style of work, you can either 1/ leave, 2/ accept their style of work and manuvre your way through, or 3/ start trying to make a valuable impact of change ie. supporting a make up school that teaches black make up, or show organizers, or websites, or designers, or supporting any alternative platforms.

Don’t get me wrong, I am not say to leave such matters alone, I am just saying to treat it like a mathematical equation and work towards a solution or resolution which you can be part off, as opposed to treating it like cry out for the “racist” to serve you your meal.

It would be stupid to deny that there is racism in the fashion industry in the west, but when we look back how would the story be told? That there was racism for decades upon decades and black people just complained? Or there was racism upon raicsm and non racist people got together and changed it even though it wasn’t so lucrative to start with.

In an article I wrote long ago, I made a criticism that black people as a whole do not support black models until they have been placed on a pedal stool by the “racist” industry. In fact there is not one super black model that wasn’t made a super model by the African continent or the black community before being appreciated by Europe or America, but instead the “racist” white industry has created all the top black models including you Nykhor Paul.

But it also works the other way, in my short 3 years of blogging, I have seen 2/3 black models rise to fame outside of Africa. Once upon a time I would get regular messages from them, and a repost of everything we published about them, now in 2015 with their new stardom outside Africa, they do not even care to accept a friend request from their new accounts, instead sharing every feature they get from Vogue and so forth.

This is not to be controversial, I love to see racist entities exposed or any form of prejudice, it’s just getting embarrassing these days (for me personally) to see it, knowing that there is nothing being done by those making the public complaints. It really indicates a sign of failure. So until the black models and celebrities do the alternative like Naomi Campbell, I can’t say your complaints are part of the solution. Sorry.