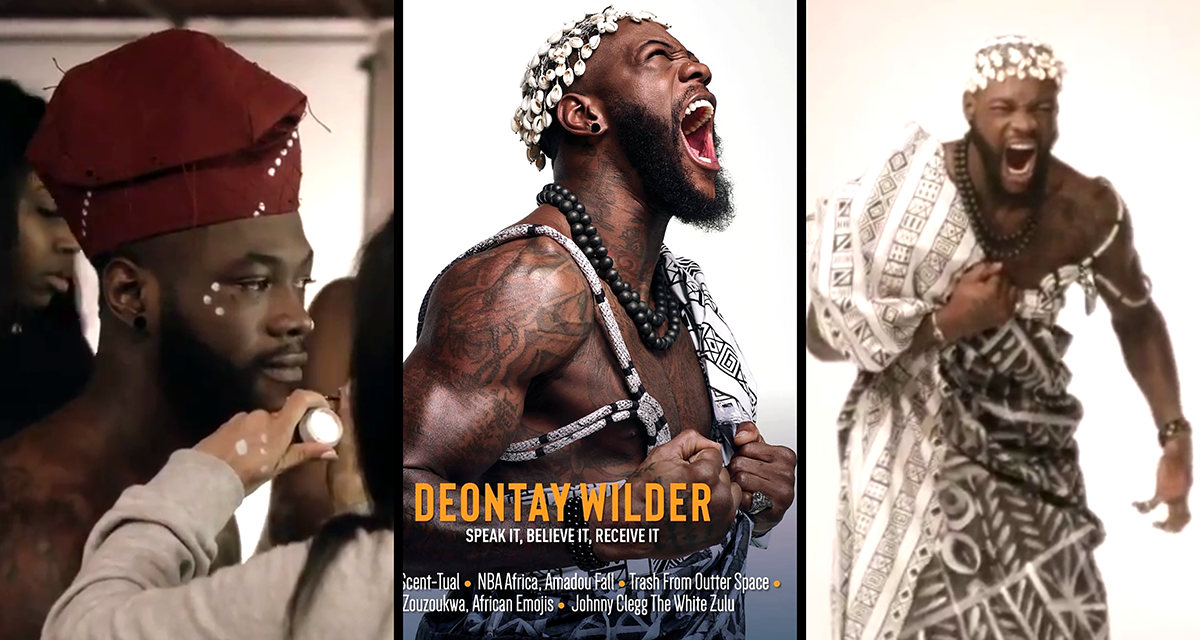 VIDEO: Deontey Wilder Promises To Rise Again As He Gets An African King/Fashion Make Over For Afropolitain Mag

African spirituality is something most Africans and blacks are not inlined with, and this may have created a little departure of fans from the Bronze Bomber, Deontay Wilder in his recent fight with Tyson Fury, who is a fully devoted Christian. (Although can someone explain why he was licking Deontay’s blood?)

Unfortunately for Deontay, he lost the fight in a knock out, this knock out was used by social media and gospel followers to perpetrate the fact that Christianity trumped Deontay’s African spirituality which in some context on social media was also aligned with devil worshiping.

However, Deontay has not taking the loss of his battle as a defeat, recently he posted a video stating he will rise again. Afropolitain Magazine, on the other hand has put this rise into very tastey fashion pictures enough to arouse believers of Deontay Wilder the Bronze Bomber. The editorial features a series of shoots of the boxer styled as an African king composed in a short video, with an image of the magazine cover.

Watch is below, and let us know….

Do you support Deontay Wilder’s belief in African Spirituality over Christianity?