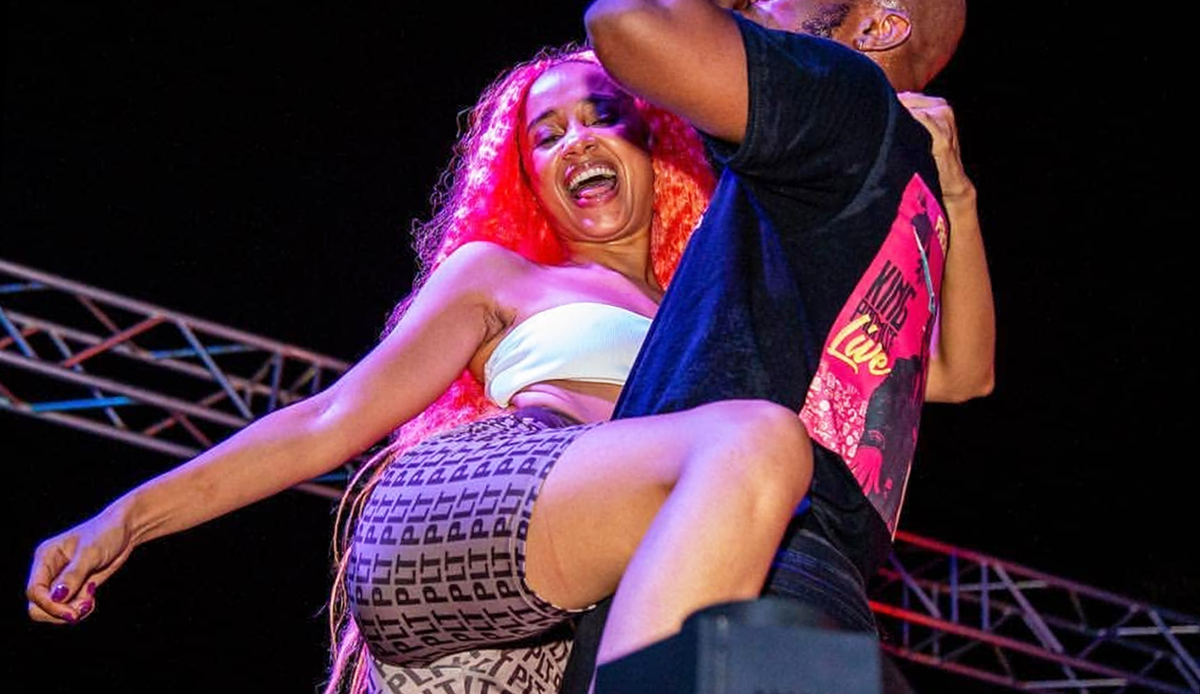 Readers of FashionGHANA.com will know we are fans of Deborah Vanessa and also Fella Makafui, but let’s just say as far as PR and branding goes, the love triangle thing where Ghanaian rapper Medikal left his public love, celebrity and designer Deborah Vanessa (Sister Derby) and started flaunting new girlfriend Fella Makafui was not a good PR stunt for the young girl (Fella Makafui).

It came across sinister and probably lost her, if not all, most of her female fans. Being cheated on is something that almost all women sympathize with. However, Sister Derby’s cool “It hurt me but I’ll get through” reaction was a total win for her in the public’s eye, coined with the popular phrase from her Kakalika song “Oh Me, I’m calm” got her more fans. A song that speaks of the hiding nature of a cheater and accomplice.

Ever since the break up Derby shes been more composed, calm and in fact more jovial and fun. On the otherhand, Medikal and Fella Makafui did not win the public with their love life as they thought they would. From posting countless kissing videos, grabbing booty images, money flaunting activities, and even to a love song, it was okay….but it didn’t really work.

Now Fella Makafui is facing backlash from the whole ordeal and having problems with press to the point she is ready to sue them for the wrongful stories written about her. Even worst, she featured in a movie as an actress, and without her consent the director apparently changed the title to Kakalika love, the song by Sister Derby which warns her Medikal would do Fella wrong like he did Derby when he used her.

No one will know the reality behind these relationships, sometimes the victims in the public eye are the wrong doers or perpetrators, however, this probably didn’t go down well for Fella. It has characterized her and overshadowed the young business sexy and stylish entrepreneur image she was one spotted for. And Derby’s Kakalika song is only getting bigger.

In retrospect, she is young, very young, and not from a city background. She recently took to her social media page and deleted all her previous images. We hope the celebrity light doesn’t over power her. She really needs good pr, management and most of all time to herself out of the limelight.

#FellaMakafui to sue bloggers for false publications and ‘Kakalika Love’ movie producer for change of initial tittle and robbery claims ?