Long gone are the days of screaming cultural appropriation when major brands use African prints. Not because we don’t believe it is, but because of the limited results of screaming such. In addition, African print has spread so far wide that it now lies in the very fabric of what fashion is, to the extent that it has merged in with our everyday lives there is no telling which nationality or brand is behind the day to day print looks we see.

So don’t expect any such reactions when Morocco witnessed an extensive display of African print in African styles in Marrakech for the Dior Cruise 2020 fashion show. 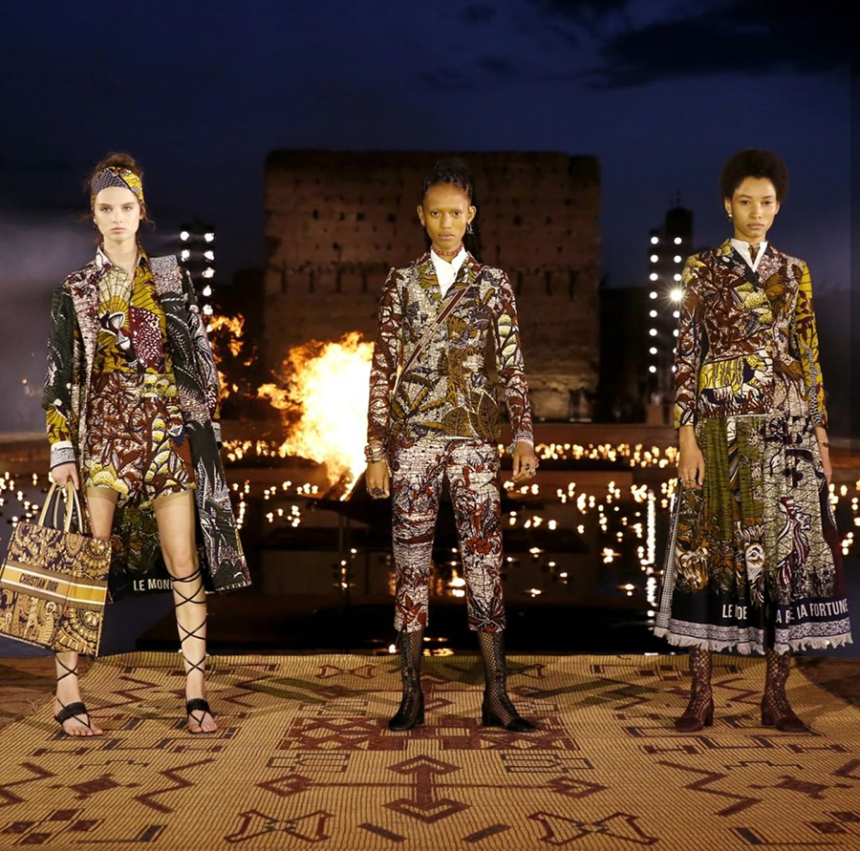 The catwalk event was the culmination of a two-day trip which kicked off on Sunday night when VIP guests were treated to dinner and live music at the stunning Palais Bahia.

According to Elle Magazine – Designer Maria Grazia Chiuri said that the collection was an ode to cross-culturalism, quoting Moroccan writer Tahar Ben Jelloun in the show notes: “Culture teaches us to live together, teaches us that we’re not alone in the world, that other people have different traditions and ways of living that are just as valid as our own.”
That meant clothing that combined the trademarks of the house of Dior with pan-African craftsmanship. 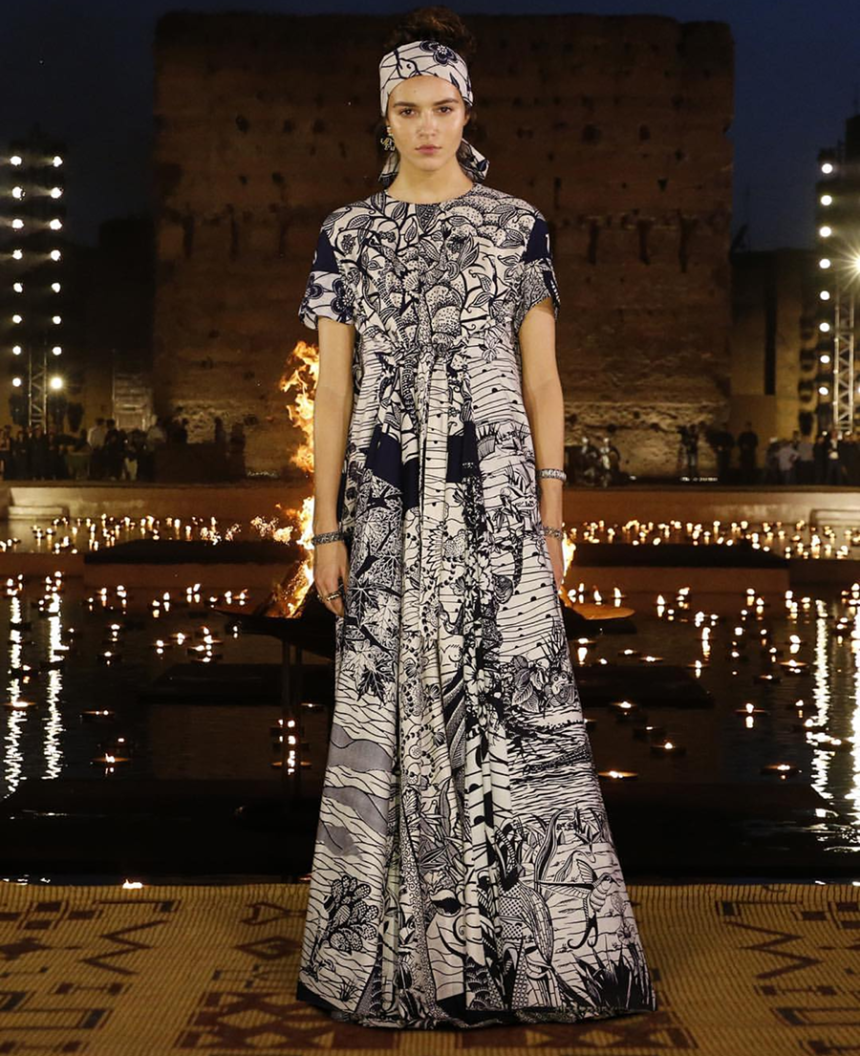 However, the question that Dior is using ‘wax’ print is not the question at hand. The fact that African culture is written over their next collection which will benefit them a whole lot of millions without a penny to the cultural creatives (whom they do not source from) doesn’t mean anything in all honesty. 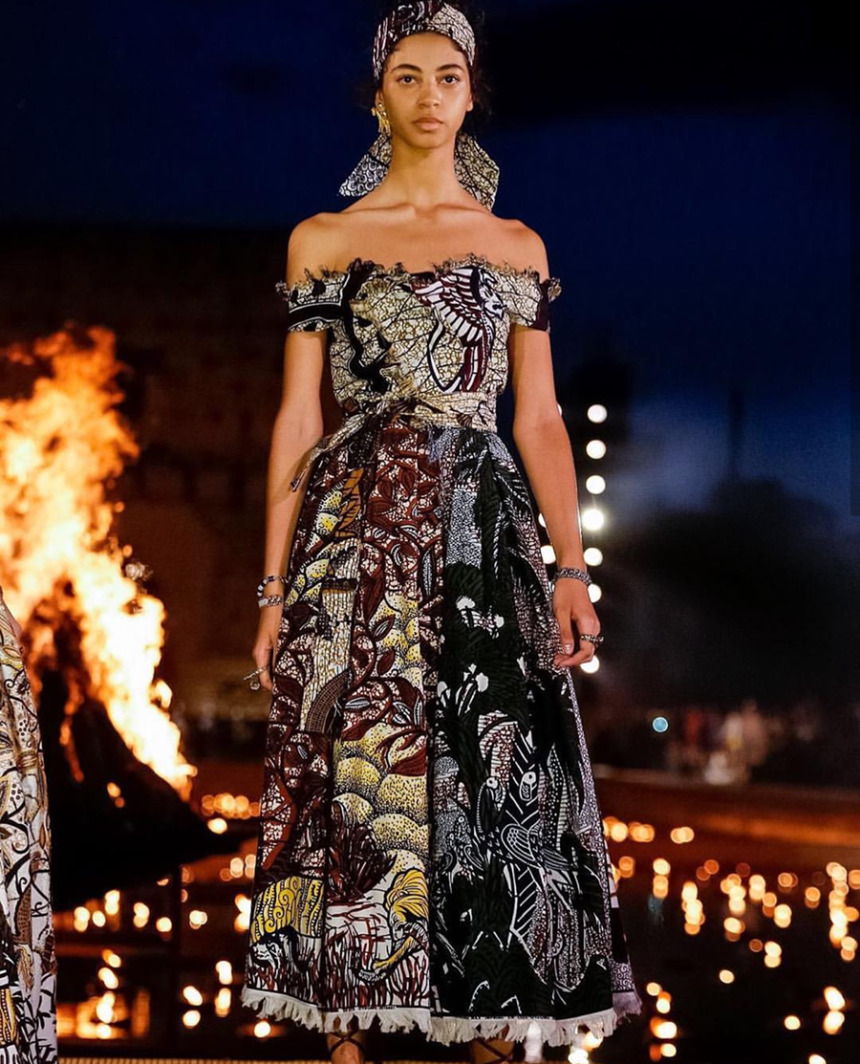 Dior has every right to exploit the African narrative and milk our culture and feed the hundreds of European workers and store owners that profit of their clothes and now off African talent and culture. And if you could to you would. The issue is it won’t have be that simple if there was real Pan Africanism. At least we could demand that they make some concessions to something we care about if they are to do such.

Let’s face it, Dior’s Cruise Collection is not an Ode to cross culturalism or pan Africanism, it’s an indication of the weakness of Pan Africanism. It’s an ode to how Africa is still climbing out of exploitation and incompetent government leadership that actually work against us for the benefits of the west and we are whilst at it, major brands can easily reap off our creativity and culture.

Say what you wish, but Dior won’t be releasing any such collections if this wasn’t the cultural narrative in Africa.