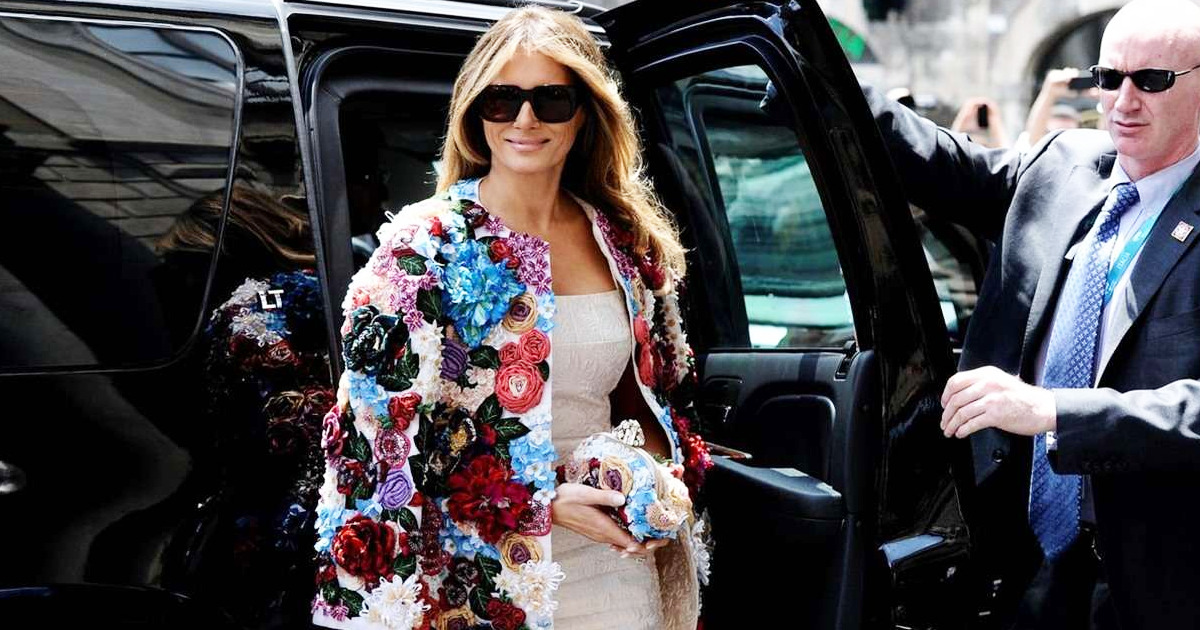 The ever so stylish Melania Trump to date has hardly graced the covers of any of the mainstream fashion magazines such as Vogue, Cosmopolitan, Elle, and others. This is very unusual considering she is the first ‘first-lady’ of the United States with a history of modelling, following a trail of first ladies who have almost all graced the covers of magazines.

In fact, upon’s Trump Inauguration there were quite a few articles and slanders that came her way from the Elite fashion brands and magazines, namely the lie Tom Ford made about Melania Trump which we covered below.

Even on FashionGHANA.com we received backlash when we did an article on her fashion sense after she stepped foot in Africa.

However, this issue caught Trump’s attention after being highlighted on media outlet Breitbart, resulting to him bashing the leading US lifestyle magazines for not giving his wife, Melania Trump, a single front page cover while he has been in office.

In a tweet on Friday, Trump called the First Lady “the greatest of all time,” while retweeting a Breitbart post that said “elitist snobs in the fashion press” were ostracizing the “most elegant First Lady in American history.”

The greatest of all time. Fake News! https://t.co/jiWjLrynQW

Trump fans have long noticed and lamented the absence of the First Lady from US newsstands, and often accused the US press of revealing their liberal bias by granting Michelle Obama, the wife of former president Barack Obama, 12 magazine covers in her two terms as First Lady, including three Vogue covers.

It seems like there is a strong political cohesion of collaboration on highlights when it comes to the lifestyle editorials just as there is with Hollywood cancelling out supporters of Donald Trump.

“If you need any further proof of the shameless bias of the liberal mainstream media, the most stunning First Lady in American history has never graced our nation’s major style magazine covers,” US actor and Trump supporter James Woods tweeted in February 2020.

Outside Africa Politics In Fashion