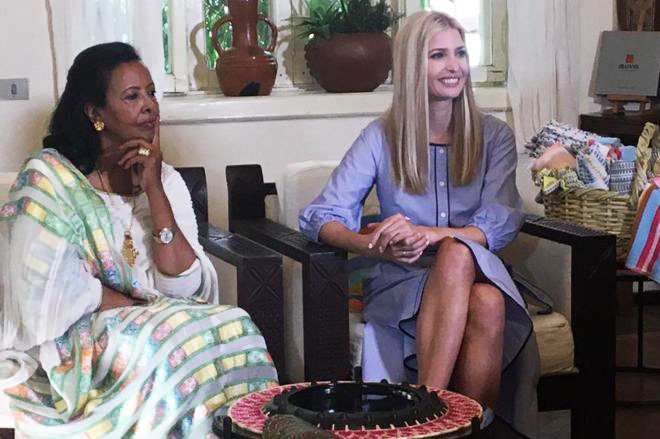 The beautiful Ivanka Trump, daughter to US president Donald Trump is in Ethiopia to promote a US government program aimed at advancing women’s participation in the workplace. The initiative is believed to benefit 50 million women in developing countries by 2025.

Ms Trump’s first stop was a female-run textile facility in the capital, Addis Ababa. She visited Muya Ethiopia, a clothes manufacturing company. The 16-year-old company, which exports clothes to the local and international markets, was founded by Sara Abera, who gave Ms Trump a tour. 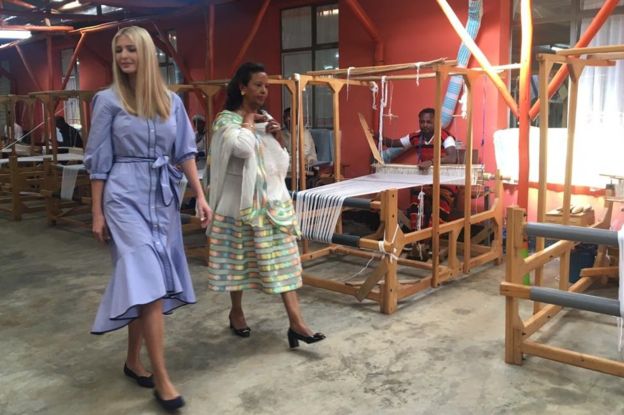 Her work visit falls under a $50m (£38m) financed fund within the US international development aid agency (USAid) via The W-GDP initiative which aims to train women worldwide to help them get well-paying jobs. 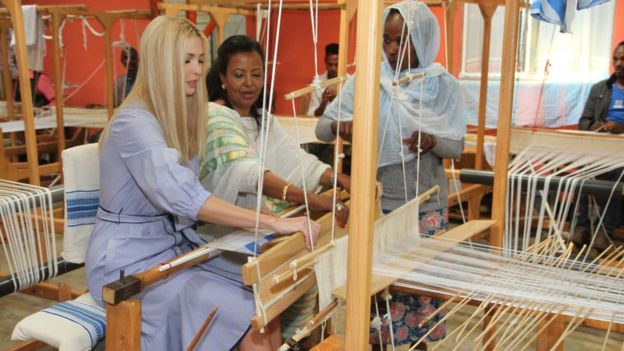 “Fundamentally we believe that investing in women is a smart development policy and it’s smart business. It is also in our security interests because women when they are empowered they foster peace and stability and we have seen this play out time and time again,” Ms Trump said as she met women working in the coffee industry.

She will soon be in West Africa, Ivory Coast to be specific later in the week and is set to visit a cocoa farm, as well as participate in a meeting on economic opportunities for women in West Africa.

She tweeted ahead of the trip that she was “excited”.