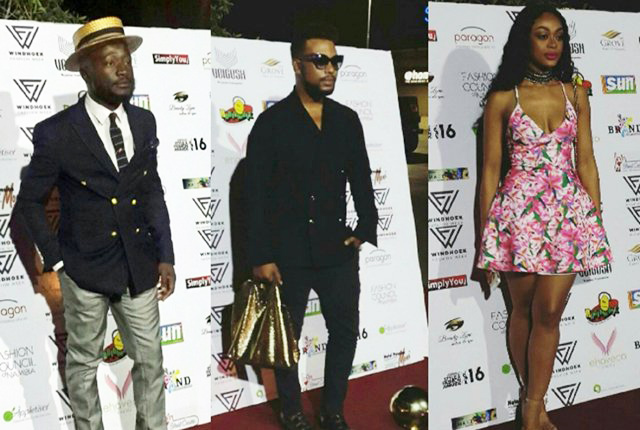 GUESTS, at the media and award nominees were left stunned when the Southern African launch of the ‘East African, Ugandan based’ Abryanz Style and Fashion Awards at Windhoek’s Grove Mall was stopped by a Ugandan representative who said the event “didn’t meet the standards” of the awards. The representative of the Ugandan awards show, who only introduced herself as Manuela to the media interrupted the event, which had not started by 10.25 pm, despite being slated to commence by 8pm. By that time, one of the guests of honour, Bonang Matheba, had also still not arrived.

“At Abryanz, we pride ourselves in beautiful events, well-organised and everything that we do is to our best abilities,” a visibly upset Manuela told guests while seemingly struggling to keep her composure.

She then said that the event must stop and guest must mingle in a meet and greet manner. Soon after her unexpected announcement, the Ugandan representative of the awards show was cornered by guests who had travelled from outside Namibia to attend the event and the ongoing Windhoek Fashion Week.

The Namibian representatives were conspicuously absent during the entire confrontation which lasted for about 15 minutes.

He blamed miscommunication between Matheba’s team and his team for her late arrival in the country and subsequent no show at the event.

“We moved the event to a later time because she arrived 8.30pm. It was not her fault, there were a few mishaps and miscommunication between her people and our people and we are taking full responsibility for it”.

He said most of the trouble regarding the awards came from planning and organisational differences between the Namibian team and the Abryanz team.