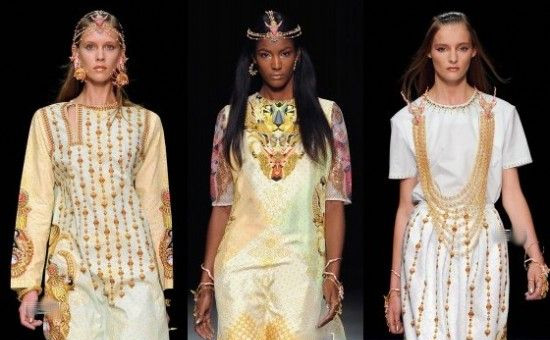 Over the past five years Egypt has cemented its position as a fashion hub for European and American high street brands, with average annual garment exports earning the country US$2bn. Yet domestic labels are generally not exported and high-end clothing manufacturing is still very niche.

“Fashion manufacturing is still rather new to Egypt, as this requires high skills and a fast turnaround time, but the sector has developed a lot in garment manufacturing since 2005,” explains Dr Hala Hashem, chief executive officer of Al Arafa for Investment in Garments Manufacturing.

“We are not driven as a society by fashion, unlike say Lebanon, and we don’t have a heritage of strong local brands,” she adds.

Egypt is the European Union’s (EU) sixteenth largest supplier of clothing and is becoming a more important export market for Egyptian manufacturers due to the downturn in orders from the United States, a long-time trade partner due to preferential trade agreements.

Exports are currently split 60% towards Europe and 40% for the US market, down from a 50:50 split before the financial crisis, according to Bassem Sultan, CEO of Alexandria-based Dyetex, and treasurer of the International Textile Manufacturers Federation (ITMF). Exports are predominantly low to medium-priced garments, with few companies manufacturing high-end fashion items.

However, Sultan believes the sector has potential over the next few years to manufacture high-end garments. “Already some manufacturers have started producing high-quality fabric shirts for Italian and Swiss companies, and I think the Egyptian market for export is growing,” he says.

Rising orders fuel optimism
Egypt has gained orders recently due to rising domestic demand from the Far East, which has reduced capacities for export to Europe.

Combine this with the benefit of low labour costs and geographic proximity to the European market, and optimism for growth is strong.

Another sign is the launch of a boat carrying product between Egypt and Venice. “We have not yet fully utilised its benefits, but it has reduced the logistics time, especially with Italy, and the sector is now at a similar stage to Romania six years ago,” explains Dr Hashem.

Indicative of the sector’s potential growth strength is the news that retailers Zara and Tesco will open sourcing offices in the country next year. “It gives Egypt positive vibes that they are coming here,” says Dr Hashem.

Egypt’s domestic clothing manufacturing sector, estimated to be worth US$1.6bn according to Sultan, is not however involved in the production of clothes sold by foreign retailers in the country.

“We manufacture for Nautica, Dolce & Gabbana, and Calvin Klein, but it is only for export,” says Sultan, adding that Egypt does not produce a wide enough selection of items to cover a brand’s full range.

Retail market opening up
Since 2005, international retailers such as Zara, Paul & Shark, Lacoste and Benetton have entered the market as malls opened in the capital Cairo, while next year Marks & Spencer will open two stores.

With Egypt having a low GDP (gross domestic product) per capita of US$5,700 a year, only around 5-7% of the population can afford higher cost clothing, explains Sultan.

Retailers are nonetheless faring fairly well though, selling to affluent Egyptians and tourists from the Gulf.

“The retailers are still testing the Egyptian market but they underestimated it,” says Dr Hashem. “They are not offering the same amount of items as I see in Europe, which I think is a mistake.

“I think in due time the big retailers will understand how things work in Egypt. It also depends on the model, as the most successful has been Benetton, as the clothes are manufactured and imported from Syria, and they understand the Egyptian market,” she notes.

One of the few local brands with export potential is Al Arafa’s label ‘Concrete’, which it bought ten years ago.

In the Egyptian market for 20 years as a mid-to-high end clothing store for men, with Italian style fabrics and designs similar to American label Gant, Concrete has 45 outlets in Egypt.

Dr Hashem says her company plans to export Concrete to the Gulf, Turkey and Europe. “This is not a common practice in Egypt as it is not easy to go with your own brand to where competition is, but Concrete is one of the best known names in the country.”

By Paul Cochrane for just-style.com