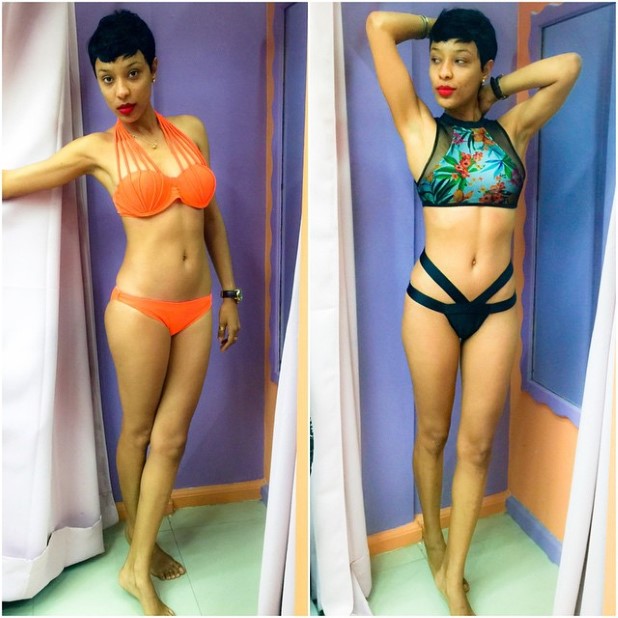 Actress and model Nikki Samonas has been robbed in busy traffic right in the center of Accra in the full glare of other drivers, Peacefmonline.com sources have disclosed.

According to an eye witness who was driving in traffic between Dzorwulu Junction and the Villagio buildings at about 7:30pm yesterday Thursday March 27, he saw two gentlemen who were posing as hawkers putting their hands in a black saloon car with the glasses rolled down.

The witness narrated that the two gentlemen run off almost immediately he sighted them because the light turned green.

“I drove closed to the car and it was Nikki Samonas who looked dumbfounded in her car in the middle of a moving traffic”, the source said.

The actress confirmed the incident when Peacefmonline.com spoke to her this morning.

The “Fashion GH” hostess disclosed that she was driving a black Hyundai Accent car and out of the blue, two guys (one at the driver side and one at the front passenger side).

“One of them forcefully pulled my gold chain off my neck and the other one took my bag”. Nicki said before she realized she was being robbed, they dashed away so fast before she could even shout.

Nikki said they took away her gold chain, her passport with several valid visas, an iPhone 4, her driving license, her cheque book, cash amount of $400 along with her hand bag.

Nicki who said she has reported the incident to the police has appealed to anybody who may find any of the listed belongings to send it to Peace FM reception especially her passport.

She advised drivers to roll up their glasses in traffic or keep their bags, phones and other belongings away from the sight of the so-called hawkers.