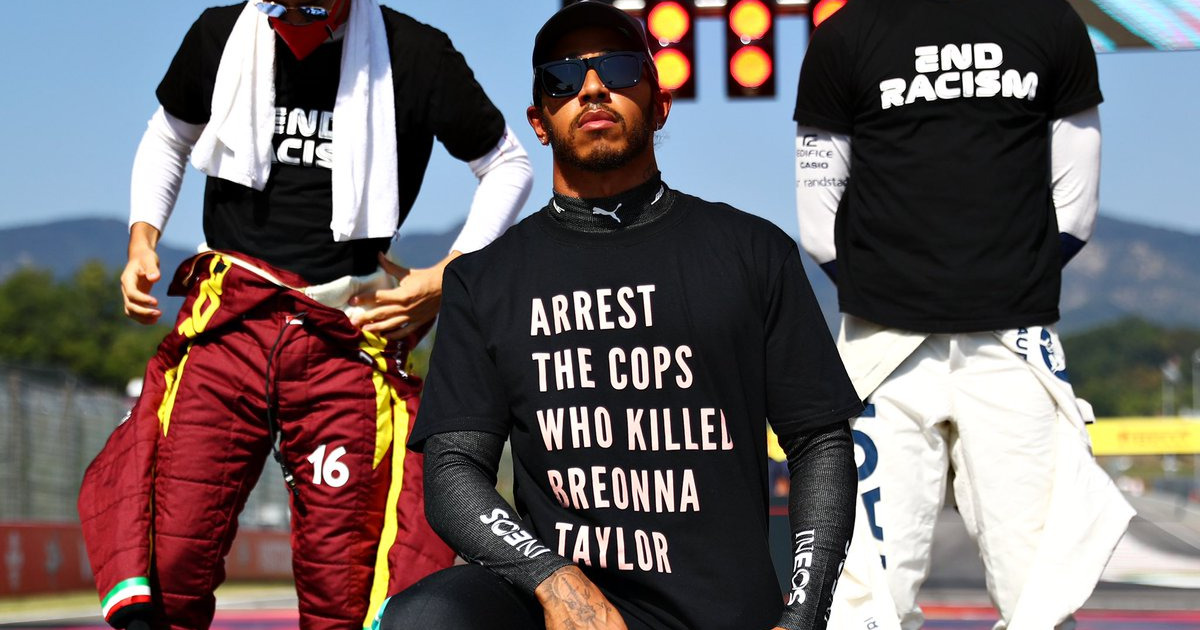 Formula One Racer, Lewis Hamilton Takes The Knee In Breonna Taylor Shirt, As Fashion For Justice Sweeps Across USA

Inspiring Formula One racer Lewis Hamilton stormed his game on Sunday, September 13th with fashion in support of the movement for justice for Breonna Taylor and other murdered black men in the custody of American police.

Formula one icon, Lewis Hamilton on Sunday, September 13, brought the ‘Black Lives matter’ movement to the forefront of Formula One as he wore a t-shirt of Breonna Taylor, a young woman who was tragically killed by police. 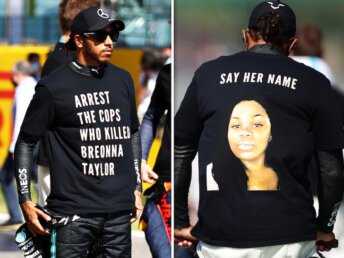 Breonna, 26, died in March after being shot by police officers several times when they entered her apartment in Louisville, Kentucky.

On Sunday, Hamilton, 35, won the Formula One Tuscan GP but acknowledged the Black Lives Matter movement before celebrating his win. 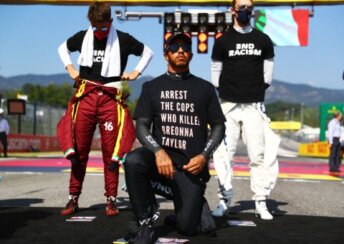 As he collected his trophy from the podium, Lewis made the black power salute wearing a t-shirt which read: ‘Arrest the cops who killed Breonna Taylor,’ on the front and had a portrait of the young woman’s face on the back with the slogan ‘Say Her Name’.

He also ‘took the knee’ before the race began.

In an Instagram post, Hamilton further spoke about Taylor’s murder; “It’s been 6 months since Breonna Taylor was murdered by policemen, in her own home. Still, no justice has been served. We won’t stay silent. #JusticeForBreonnaTaylor.” he wrote