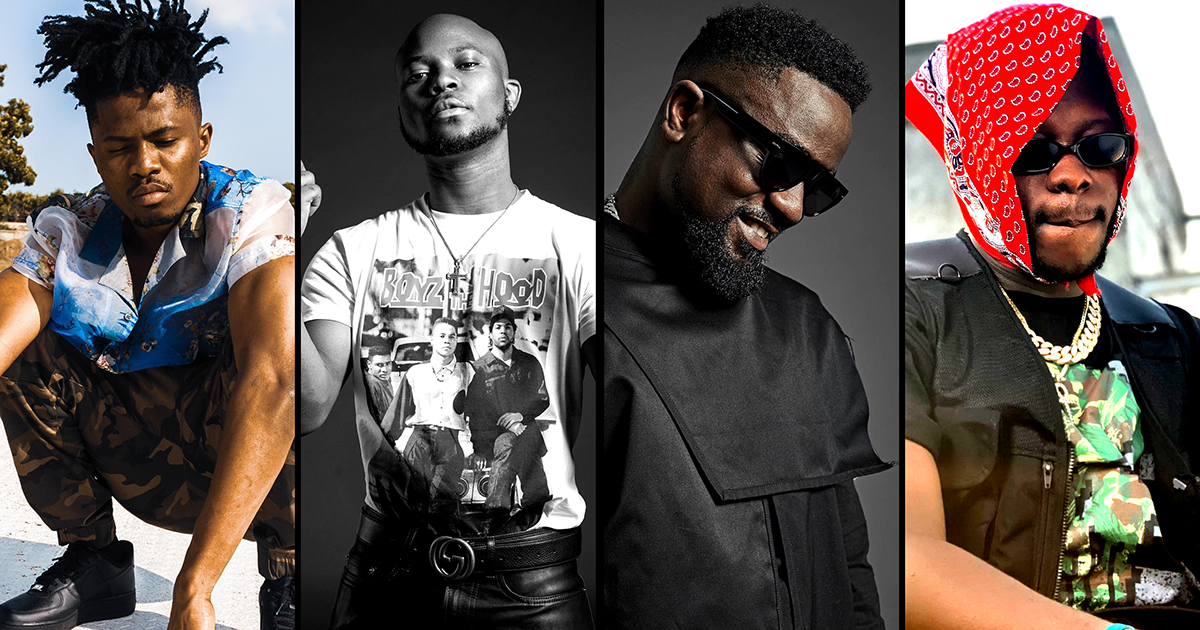 From Sarkodie To Medikal, Here Are The Top 7 Gh Artists That Influenced Mens Style & Looks Of This Generation

In many cases, most people look to the celebrity ladies within our society as influencers, from social media to instagramers. However, asides the late Ebony Reigns with her raster with dyed ends, there is hardly one female celebrity that any can say has influenced the course of womens style in Ghana, virtually almost none.

One the otherhand, there are countless male celebrities, mainly artists, that have changed the course of style in Ghana, some on a major scale and others not so major. But as far as those on the major scale go, there is a strong 6 of them who literally changed or influenced a large section of our young men and how they decided to go out their houses the next morning.

Some of their styles or looks aren’t new, however society so an increase in the look once these individuals began popularising it. In no particular timing or any other order, here are 6 main influencers that have had an impact on style, fashion and looks of men in Ghana by having people emulate them.

First is none other than King Promise who bursted on the scene with a bald head, thin line beard and sun glasses. This wasn’t to far off from the Rick Ross look that trended worldwide for some time prior to him, however, there is no denying his popularity and overcoming the ridicules of being shorter than others had many guys pulling off his look around that error and time. Almost every corner and in every club waiting cue was a King Promise.

Kwesi Arthur no doubt had a lot of slim guys walking around shirtless, but even more than walking around shirtless he had many boys rocking the bushy twists with the shaved sides. It was fairly a new phenomenon that caught fire amongst the unemployed and young teens in both university and SH levels. Every since his hit Grind day came out it was the most popular look in Ghana for a good number of months.

If you want me come and get me Cause I'm real with this here ? @_fawaaaz

Sarkodie Definitely influenced many with this puffy beards sun glasses and high top. If you probably missed that boat you are to young. However, taking style inspiration from Kanye West, with the rugged, cut out, slightly baggy clothes, he has also managed to bring a touch of the ol skul hip hop influence to young Ghanaian men in the new trendy form. Sarkodie’s longevity in the music industry stretches so far there is hardly a time one can point out when his style was heavily emulated as it is spread out, but you will know when you see them, and the changes in mens style over the course of the years.

Just linked up with my African brother @steevenkodjia CEO @frenchdealofficial … he made the wonder iconic blazer for legend @nipseyhussle … We about to make some magic ?????? #AfricaConnect

When we talk of dyed hair, look no further than Darko Vibes. The GA rapper/singer alongside his lamene Gang have had a major impact across the many followers the have, from dress code, to hair styles to even behavior. Prior to Darko Vibes, many mens sexuality would have been questioned if they walked around with dyed hair. Now it’s a norm. Even Joey B is rocking it as much.

Ghana is now! featuring my friends and I is live on @thefader. Read all about it. ? S/O @amaraworldwide

Stonebwoy and Shatta Wale took the Dancehall culture all the way from Jamaica and made it our own. In fact once upon a time people used to question where from this ‘Jafakean’ style (get it? Jamaican + Fake), however with the emergence of the new youngsters born and grown into the dancehall culture in Ghana, some will hardly even know it mimicked from the Caribbeans. Never the less, within this culture Stonebwoy also unleashed a fabulous look of braids/twists onto our young men, sort of like corn rows to the back but with shaved side. It is a look his former protege Kelvin Boy also rocks.

If everyman could find a dark skinned girl with a big bum and entrepreneurial skills like Fella Makafui, one could easily say that would have been Medikal’s prime influence, however that isn’t easy. What we can definitely credit Medikal for is how he wears his scarf. Mind you there a rumours that it was started by the Lamene gang, however we all know Medikal for branding it, and it’s definitely a style one can see across the nation.

Ugly boy but my money cute ?

Tour over! Thanks to everyone who made it to my shows ! From Amsterdam to Italy to Germany ! You guys are amazing! Will surely be back again ! Special thanks to my manager Flow Delly, the Empress Fella Makafui and our organizers Foks entertainment! ??

Pappy Kojo definitely had to be put on the list. In fact the man can be creditted for not only one, but two style trends he put on the map in Ghana. Alongside Joey B, the two made Skinny Jeans and Baggy long sleeves shirts a trend. A look that hit hard amongst the young and trendy older men. Although most of that has been deleted off his gram. But that was not the only thing he made trend, he also put clogs on the map which is trending today like no joke. If you see the rise in the popularity of clogs (half sandals/half shoe) blame it on him.