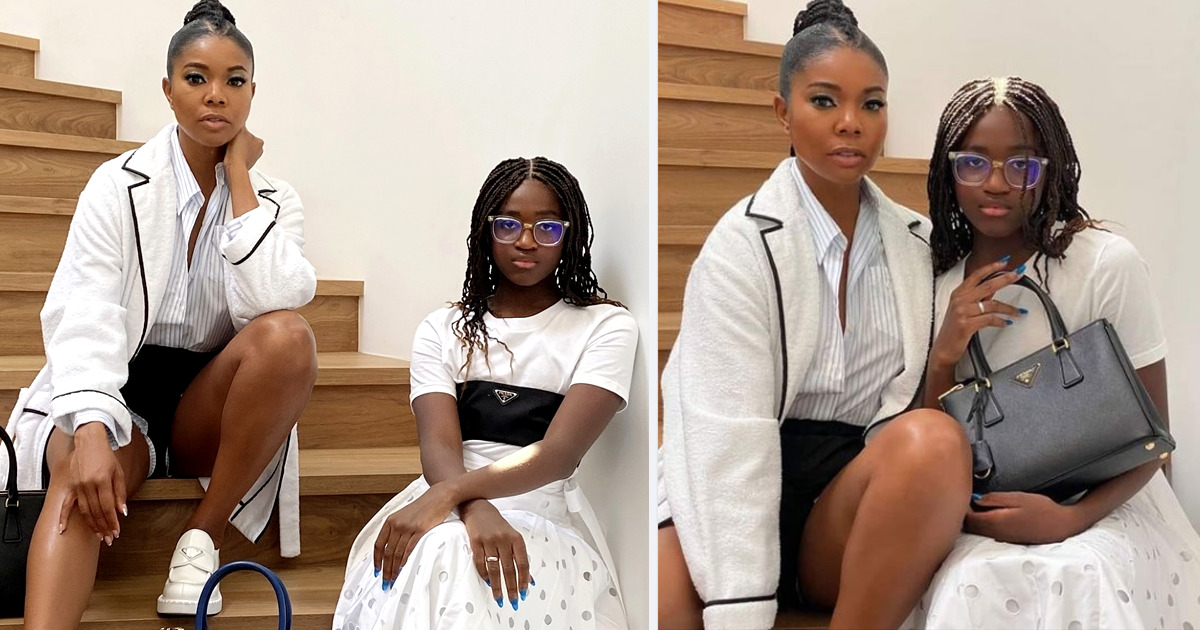 Gabrielle Union Hit With Backlash After Being Spotted With Her Cross-Dressing Son In This Prada Promo; SEE COMMENTS

The internet is going crazy and it’s all eyes on Gabrielle Union’s son Zaya Wade (formerly known as Zion), whom at this stage believes to be her daughter. It seems Zaya Wade is slowly becoming the poster child to encourage young black boys into cross-dressing instead of questioning the act.

Despite the fact that most of us weren’t even aware of our sexual interests and so forth at that age, Zaya Wade is fully confident he wishes to be a girl, or at least as we are told. Zaya Wade has been heavily promoted by the media to be a loveable ‘girl’, and even got his own 1 on 1 interview with Michelle Obama who was a stench supporter of LGBTQ rights alongside Barrack Obama.

In a recent post, Gabrielle Union is spotted giving prada a boost with her son.

However, the nature of fashion is not the topic at hand here. The ad or post raised many concerns and also ignited comments by many disgruntled spectators who are not pleased with her sons cross-dressing habits.

The biological mother of Zion (now Zaya), Siovaughn 8 years ago filed a lawsuit against Gabrielle Union because of the ‘negative’ effects that Gabrielle Union was having on her child. Siovaughn was hit with a gag order preventing her from speaking or uttering a word about Dwyane Wade. Watch the interview below.

A facebook post showed that some believe these antics are a way of Gabrielle Union getting back at Siovaughn who she is at odds with. Read the post and comments below. 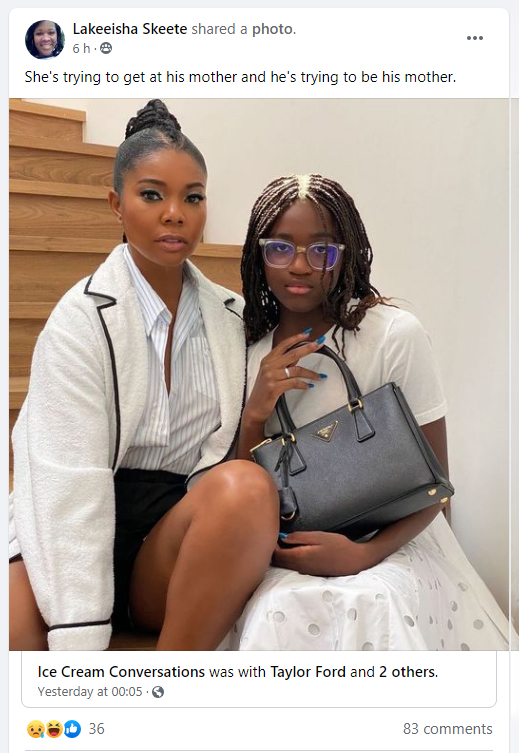 Another post by self acclaimed dark skinned activist Maria Strober stated “Be careful who you marry when you have kids from a previous relationship. Id catch a charge if I was Dwyane Wade ex wife”. See it below with the comments. 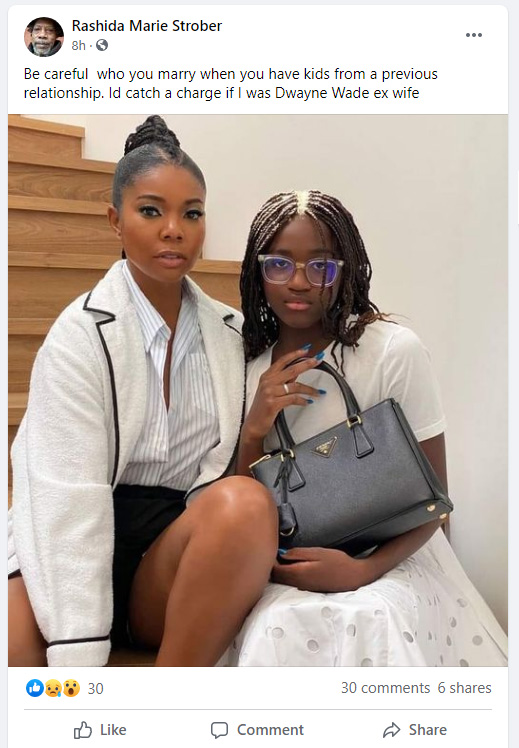