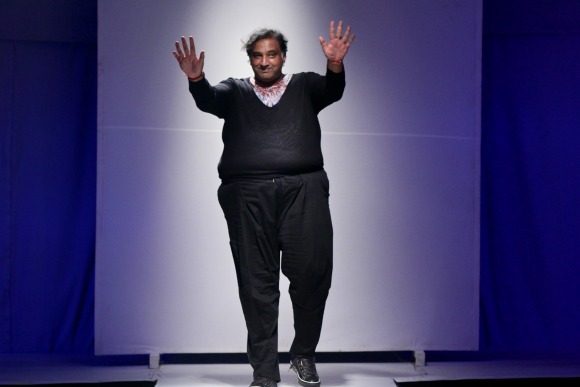 On Thursday, 14 May, The Museum of African Design (MOAD) in Maboneng, Johannesburg hosted a clash of football and fashion for the Nedbank Cup Football Fan Fashion final.

The lead up to the event saw head judges Jenny Andrew, fashion director and contributing editor Thembalethu Zulu of Wanted magazine and Lerato Tshabalala, social columnist for the Sunday Times embark on a cross country campus tour that saw them whittle down hoards of hopefuls to just 16 of the most promising fashion future talent. The students were then paired with leading fashion designers to mentor them in their creative process.

Designers include those who have put South Africa on the world stage with their jaw-dropping work, such as David Tlale, Chu Suwannapha, Gert Johan Coetzee, Gavin Rajah, Klûk CGDT and Fundudzi by Craig Jacobs to name a few.

Each student had to take inspiration from a team, which the designer had picked in a draw, and use that team’s logo, colours and heritage as part of the vision for their runway-ready garments.

In closing, Gavin Rajah took home the titles as the best designer. And with the two images below it’s not hard to see why.

From the Gavin Rajah Team – “This season saw us competing with 15 other designers to clinch the Best Designer Award at Nedbank Football Fashion. Designers were paired with a soccer team in the Nedbank Cup and a young designer. We teamed up with SuperSport United FC and young designer Minette Olivier.

Our design was inspired by the history of the club and its rise in the league. We focused on creating a garment that transformed on the ramp and showed the vibrancy of the team. We wanted to bring a strong couture element to the design (something that we are good at!) whilst also being sensitive to cultural appropriation in the context of South Africa.

We would like to thank the esteemed panel of judges, that included Jenny Andrews (Fashion Director & Stylist), Themba Zulu (Sunday Times Lifestyle Correspondent) and Lerato Tshabalala (Fashion Director), Nebank, On Point PR, Mary Reynolds and last but not least our team at GAVIN RAJAH ATELIER.”