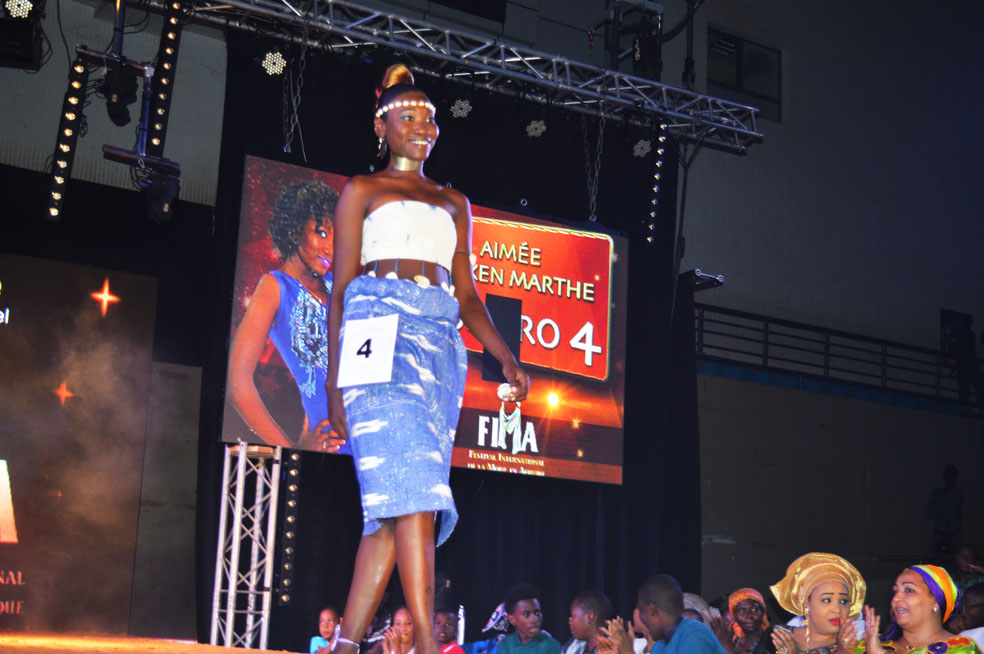 On June 27, 2013, a press conference was held at UNESCO Headquarters, announcing the launch of the 9th edition of the International Festival of African Fashion (FIMA). FIMA has become unmissable event in the fashion world, the 9th edition of FIMA will be held in Niamey from 20 to 25 November 2013 with the theme “creativity in the service of peace in Africa.”

UNESCO has always been committed to the promotion of African creativity and it’s convinced that the creative industries of the imagination and ingenuity of the artists are powerful vectors for the development of the continent.

In 1998, the first edition of FIMA held in the desert in Niger Tiguidit under the theme of “Culture, Peace and Development” was creatively and financially supported by UNESCO. Since then, the organization has continued to contribute to the promotion of the event that, as a sounding broadcasts of Africa’s rich cultural heritage worldwide. Thus it supported the establishment of a school of fashion and arts in Niger. This project has two objectives: Teach and help African artists to gain international recognition.

FIMA has not only aim to celebrate African fashion, it has also raised awareness among African governments, the opportunities that the fashion industry can make to the development of the continent. Its founder, Alphadi, has always been committed to promoting peace through his passion for fashion.

The Conference will provide an opportunity to reconsider the commitment of this great artist who has always believed that fashion could be an engine of development for Africa. It will begin with the screening of a film dedicated to FIMA project and will continue with a mini fashion show presenting the creations of four African designers.

Many celebrities will speak to testify to the importance of FIMA, including HE Mr. Mohamed Bazoum, Minister of State, Minister of Foreign Affairs, Kounou Mr. Hassane, Minister of Youth, Sports and Culture of Niger, Mrs Yahaya Baaré Haoua, Minister of Tourism and Handicrafts of Niger, Ms. Lalla Aïcha Ben Barka, Deputy Director General of UNESCO for Africa, and, of course, Mr. Alphadi, Founding President of FIMA.

A discussion with the press and the public will conclude the meeting.

For more information on FIMA