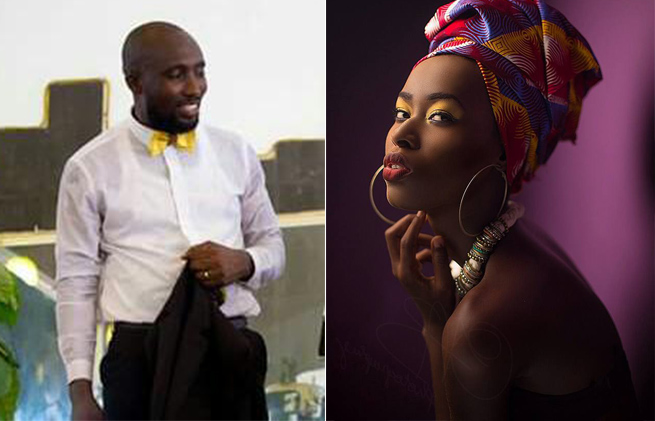 Yesterday, up and coming Ghanaian model Aisha Yakubu, whom we have been meaning to profile, took to her facebook to call out founder and owner of ‘Black Onyx’ modelling agency for being a fake agent.

In a rant where she acknowledged all is not well in the Ghanaian modelling industry in relationship to models and agents. She made it clear in a two paragraph write up that she will begin exposing fake agents.

After doing so, she began with agent number 1 who happened to be Mr Henry of Black Onyx Modelling agency and said …. 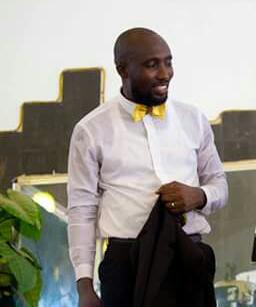 Henry Is his name, and his IG handle is ‪#‎TAPOLI‬ GH. He is the founder of Black Onyx modeling agency and calls himself The BowMan . this man is reported to have made away with over 3000 Gh cedis meant to be used in paying over 20 models who walked during a fashion show at Accra Mall. The show which was dubbed Fashion Fever 2015 lasted for over 8 weeks. The initial agreement between Mr Henry and the models was to pay the models after the first 4 weeks long show but their TnT and food will be provided ,sadly it he decided to change the payment date to after the 8weeks.the food and TNT also materialized for just the first four weeks . On the last day of the show ,after the models had finished walking , Mr Henry was NO WHERE TO BE FOUND .He then sent a whatsapp message to the models in the evening claiming that the management of Accra Mall hasn’t paid him yet , one of the models later managed to investigate and found out that the management of Accra mall has already made all payments to Mr Henry for the service he rendered . Ever since, All efforts made by the models to reach Mr Henry proved futile until today.
I’ll end it here for today.
All models are hereby advised to desist from transacting any modelling business with this Man . Thank you. Kindly share. 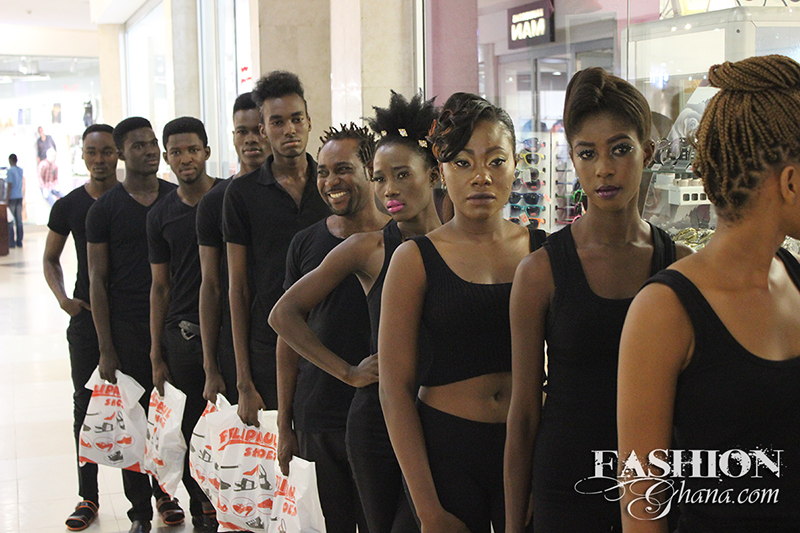 For many years model have not had a voice which has only drummed up this behavior even more. The truth is what difference does it make when one model screams ‘He Never Paid Me?’. Most models tend not to do that because it also sets a tone of their status as a model so they would rather be silent. However today, with the rise of social media, a few models screaming out this could really have an effect on a scammers standing in the industry especially if you are not a runaway.

Even more so it might ignite the right cause for authorities to look into the matter at which point it may turn into a legal matter. So it’s good to see such a call out, bare in mind it is one party’s story.

But let’s take a closer look into this specific issue regarding Aisha Yakubu, and also in regard to the selfish state of some models of today (not necessarily including Aisha in this category). I also work closely with an agency, and this scam that was run on Aisha Yakubu was also run on one of our models who is no longer with us.

A few months ago a model, Angie, informed us she was scammed when she was complaining to us about the same individual who had not paid her. Before even discussing the details of the matter, we could only question why did you not inform us about this job in the first place? From the moment you attended the casting, to the moment you were selected, to the moment you actually walked the runway?

It’s simple, because the model snuck behind the back of our agency in order to work with the said Mr Henry, who probably told them not to inform their agents because he wanted to scam them. And they probably complied because they so selfishly wanted to maintain that extra 20% they wanted from the job. It was a very common practice with the model we are speaking off in particular.

Aisha Yakubu, if I am correct (and I could be wrong), is affiliated or working with Spice Models by Herman, if not signed to them. If So, why isn’t Herman chasing up on this to the point she needs to take it to face book? The chances are she probably refused to follow the job via her agency and probably requested by Mr Henry, and here we have this dispute.

The high levels of desperation for jobs and willingness to avoid agents for the extra 20% fee is what gives rise to disputes like that with individuals like Mr Henry. Once again not to refer to Aisha in particular, but to acknowledge models need to really understand this is an industry and a job with others employed. Treating their activities with the mindset of a hobby and not seriously opens doors to scammers.

WHY DOESN’T FASHIONGHANA.COM PUT CRONIES ON BLAST
At some stage in the development of FashionGHANA.com. One of our main interest was to eventually expose all these disputes, scammers and scams. But history shows when you support one view or one side, tomorrow the other party comes out with their reason for you to publish. And fair journalism gives you no choice but to do so especially in a small industry. And then when you do, the other party wants to you publish their rebuttal and then it goes on.

Therefore you can only conclude your write up by investigating, and none of the parties pay us enough to do so. This is not to say we do not cover disputes, but only when everything unfolds right infront of us. Ie. a celebrity dispute or one which unfolds online.

The only lesson to take is when you are in this business, you need to stick to your principles, no matter how lucrative the deal may seem. However, new models in Ghana enter and industry full of unprofessional freelance models who have had nothing but the worst modelling experience of scams and sexual assaults. They sign to over 10 agents at once and try to embarrass other models who are strictly with one management.

So you have a culture of models who wish to become successful on their own accord simply because they do not want others to reap any benefits that come their way, all whilst trying to enjoy the benefits of agents by aligning with them when one or two jobs spring up, such as the case with Black Onyx. Because this won’t have been an issue had the models gone through their agents.

Most agents here do not even sign or have models, they just claim to have an agency, promote the agency name, use pictures of freelance models on whatsapp, and then call them up if someone requests them. So technically it’s the same agents scouting jobs for the same models all the time with a list of the girls that do jobs for free and those that don’t. Hence why most agencies don’t have public profiles.

With the exception of 3 agencies, that is the general process of owning an agency in Ghana. And this cycle repeats itself because models are dishonest and so agents don’t respect them to trust and develop them, and then the agents are dishonest and models don’t respect them neither. But they are all in the business STILL working with each other like a Russian Roulette game waiting to see who gets shot next or gets further. And that’s why today there is nothing like a Ghanaian super model. Hopefully the younger generation will learn from the said mistakes.