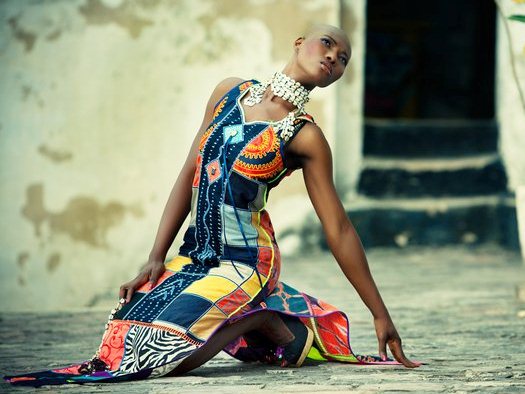 Felivian who was one a very active model in the Ghana fashion scene and held onto many people’s hopes of becoming Ghana’s first home-made international models suddenly disappeared following a news report that involved a criminal report incident in 2011 that led to the death of an associate….to make a long story short.

In early 2013 many began to post on social media about her whereabouts and if she would make a possible return. By mid 2013 there was signs or a possible return when she started to reply to posts on social media, then a whole new set of photoshoots by various new photographers in Ghana exposed her face once again to the public.

Now, the name that was once a growing brand made it’s way back on the runway in closing the KNUST fashion week on friday the 21st, showing the newbies how it’s done and not to forget looking just as young as them. Walking in a number of outfits, she managed to get a round of applause every time she hit the runway. At times it almost seemed as though she was rather dancing than catwalking. Let’s see where these first steps will land the Ghanaian model with the fierce look. See a few images of her below in B’ExotiQ designs by Bee Arthur taken in 2010.