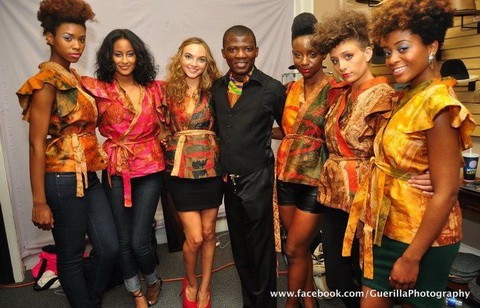 Ghana Fashion Shows Dominated By Model Agents: Resulting To Biased Or No Castings

If you are a model in Ghana wondering why it’s hard for you to get into castings or even hear of the show maybe you are not to blame. Over the years Ghana’s fashion shows have been highly dominated by model agents who started to fill the void of the lack of shows in the country in order to provide jobs for their models.

It goes as far back as in the 90s and early 2000 when Phase One models was set up by Herman competing with Exopa which was set up by Sima. The agents took to themselves to organize some of the known shows their models participating in in order to fill the void of modeling jobs.

Ideally speaking, Modeling agencies popup to support and help models manage their careers and finances in the fashion world. In this case it’s almost as if the agencies popup before figuring if there are any jobs and then start to process on how to create jobs.

To date almost almost every agency is behind some sort of event fashion event one would see. Fame Model Management is behind the upcoming Accra Mens Fashion Week and Mr Model pageant, Spice Models is behind quite a number of show in Ghana, Ayo A Models behind KNUST Fashion Week and other show, new agencies Black Onyx Models is also doing the same, Global Ovations behind Africa Fashion Festival, in fact all fashion shows that have recently took place in the malls were organized by agencies, and the list goes on. Almost every fashion show flier is marked with a model agency’s name. And if not, they are either part of the organizing team.

Some drop the agent ambitions after they witness success in event organizing. Some actually set up agencies to have free access to models for their shows. Nevertheless, This technically means in future, the mindset behind agency selection in Ghana might be solely based upon which agent organizes the most show. The questions is whether the models of Ghana rely on agencies.