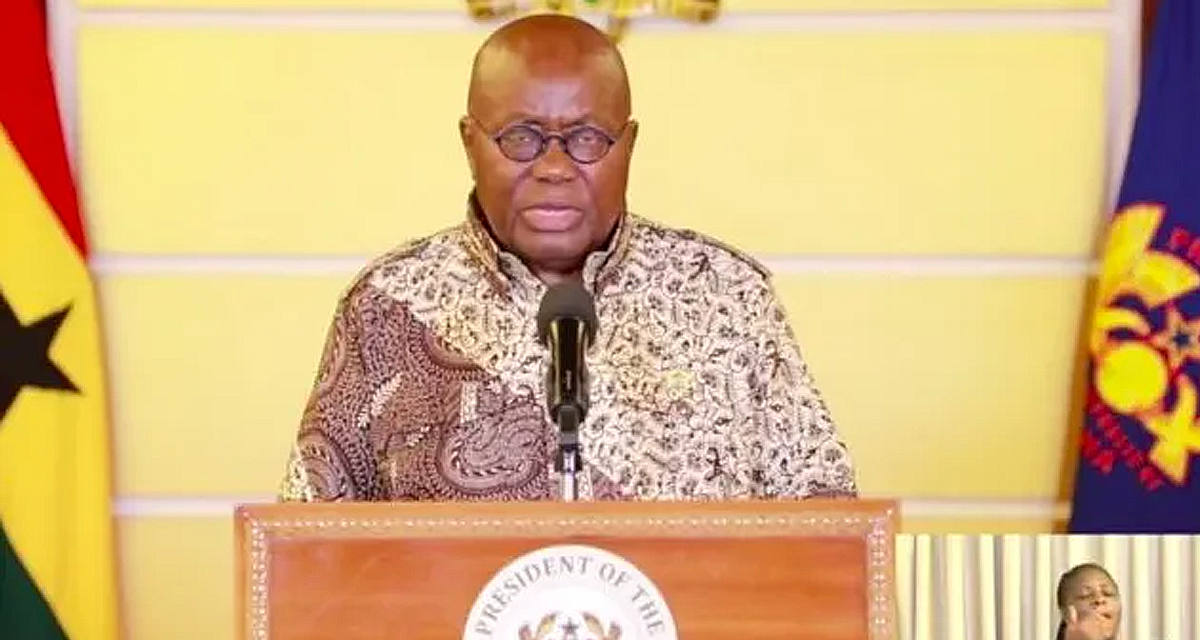 Ghana Is No Longer Under LockDown, But President Maintains Ban On Social Gatherings!

Ghana’s Coronavirus cases have increased 1,042. This was announced by President Akufo-Addo during his seventh address to the nation on the outbreak today, Sunday, April 19, 2020.

President Nana Akufo-Addo also lifted restrictions imposed on the movement of persons within some parts of the country.

Addressing the nation in a televised broadcast, the President said the decision which takes effect from Monday, April 20, follows achievements made with aggressive contact tracing and enhanced testing capacities which have made it possible to contain the spread in Ghana.

Four major cities, Accra, Tema, Kumasi and Kasoa, had been placed under a three-week lockdown purposely to hold the spread of the coronavirus.

The initial two-week restrictions imposed on these areas saw a further seven days extension as the nation waited for test results from some 14,000 samples taken, the President stated in his last address to the nation.

Although the lifting of the restrictions may come as a reprieve to the many whose livelihoods may have been hit hard following the imposition, access to some major sectors remains restricted.

Also, the ban on social gatherings, including religious gatherings as well as the strict adherence social distancing protocol, remain in place, the President said.