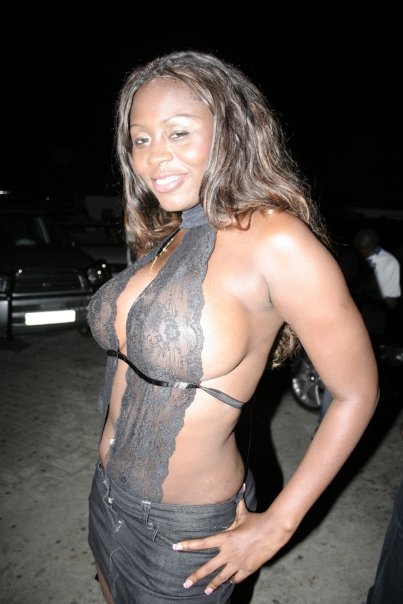 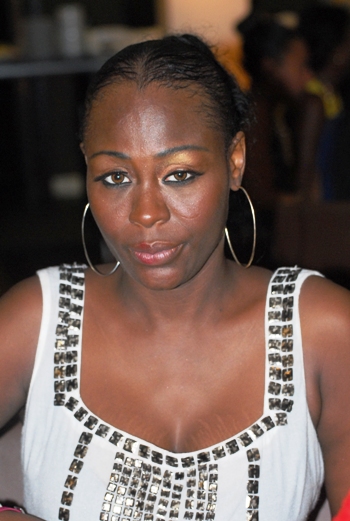 It is no secret that Confidence has the type of breasts that cannot be avoided by the eyes of any right-thinking male adult but when NEWS-ONE cameras spotted her in town a few days ago, her breasts were not as firm and rounded as they used to be.

In fact, the breasts even had traces of stretch marks and they looked so different that they even attracted a few whispers of gossip.

Confidence turns 38 this year and she paid some good money to be fitted with artificial breasts made of silicon some eight years ago when she was 30.

During the operation, she was cautioned to replace them every ten years else they would go bad. Sources close to her said she suffered some complications after the implant and she had to travel outside to see specialist surgeons.

In the next 24 months, Confidence may have to replace her artificial breasts as they would have reached the expiry period.

Breasts implants go a long way in enhancing a woman’s self esteem and can change sagging breasts into well-rounded and firm ones, with erect nipples but they come with all sorts of complications if not properly fixed by a specialist, or replaced periodically.

At age 38, Confidence still does not look her age, though she has an eight-year-old son. She still has a high taste for contemporary fashion and still glides red-carpet events dressed to kill.

Men generally have a passion for three things: money, good breasts of a beautiful lady and a perfectly-shaped pair of female buttocks.

It was therefore not surprising that when Confidence represented Ghana at the Big Brother Africa reality show, a video recording that showed her naked boobs sparked a huge controversy in Accra.

Her breasts sparked controversy when during her stay in the house, she was captured by the cameras showing her naked boobs and having them fondled by a male housemate, 24-year-old Zeus from Botswana.

Zeus was wearing a pair of boxer shorts and was seated at the edge of the bathtub with his feet in the water. He had his legs parted in a way that his opened thighs served as a perfect seat of comfort for Confidence.

Zeus had placed his palms on Confidence’s boobs, firmly grabbing her nipples, as she placed her hands on his palms and pushed them further on her breasts.

The pair of breasts looked ‘heavy’ and younger than what the natural breasts of a mother of one should look like. They were round and firm enough to make a gay turn heterosexual.

Interestingly, Confidence did not stop to tell the young chap that ‘monkeys play by sizes’ but rather used her palms to press his hands further on her breasts as if to say, “Hold my boobs dear”.

Watch her show at GHFDW here…..