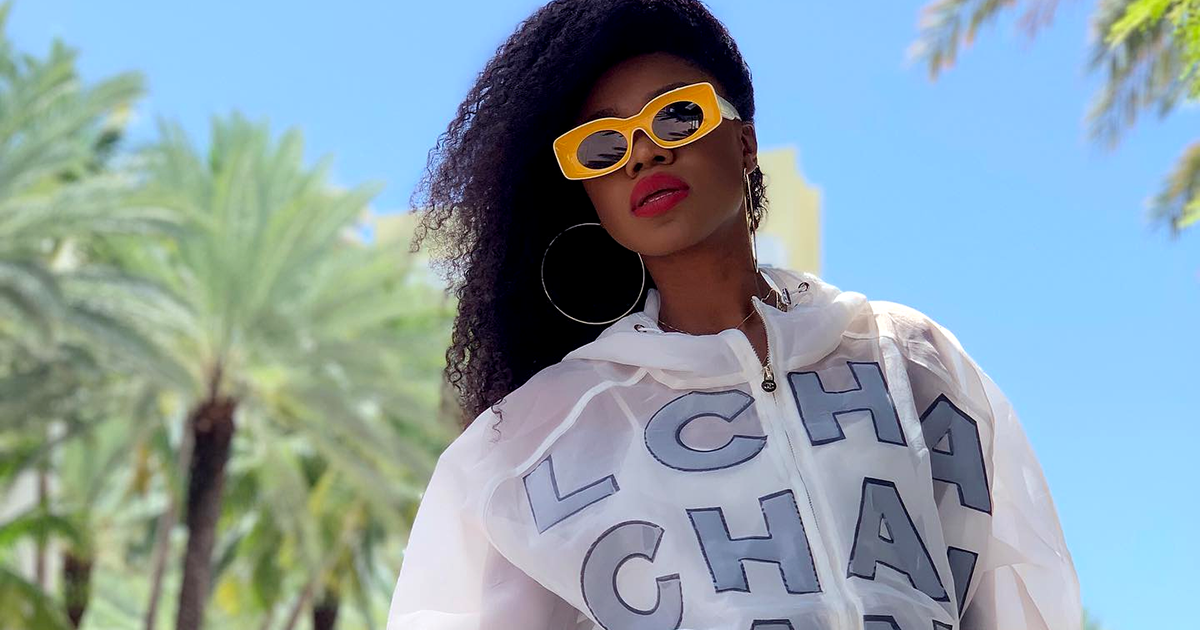 Either people around the world are so protective of white racism or against African Americans that every time they and their supporters fight for their justice someone has to lurk around the corner asking ‘Well what about black on black crimes’, ‘well police kill white people to’, ‘well why are you supporting them we have problems in Africa’.

These people live their lives as if they execute one activity a day. Ever since Africa started supporting justice for George Floyd, an African meme both in Ghana and Nigeria that set off as a joke has sort of gone viral, it states “You Are Here screaming stop racism in America, but your mother wont let you marry an Ewe”.

There have been many modifications but you get the gist. It’s to say, stop fighting for justice over there when you have tribalism here. Becca, unfortunately, being a popular singer yesterday decided to make herself the poster girl for this already existing meme and published on her twitter “You are here in Africa fighting and advocating racism in the US but in your church/home, you are criticizing and judging someone for marrying a fellow African because they are not from your hometown/country/church… Damn Hypocrites!!!”

You are here in Africa fighting and advocating racism in the US but in your church/home, you are criticizing and judging someone for marrying a fellow African because they are not from your hometown/country/church… Damn Hypocrites!!!

With 100s of replies insulting the songstress, other celebrities weighed in. First to respond to Becca was ‘Sinking Sands’ actress, Ama K Abebrese who educated Becca on the need to highlight other issues without curtailing the fight against racism.

“Sis they are both wrong, however it’s incomparable to equate the fight for the systemic racism in the USA to African tribalism in marriage and hypocrisy.
You can highlight that without appearing to diminish the fight about police brutality. Murder is not marriage. Love always.”

Sis they are both wrong, however it’s incomparable to equate the fight for the systemic racism in the USA to African tribalism in marriage and hypocrisy .
You can highlight that without appearing to diminish the fight about police brutality. Murder is not marriage. Love always. https://t.co/O3Nl8byd81

In a reply tweet to the award-winning singer, Lydia Forson advised that she could have used her platform to also champion a fight against tribalism and hypocrisy but not downplay people’s effort in the fight against racism.

“Sis, I believe you can dedicate your platform to speak on tribalism and give it the attention you feel it deserves, without denigrating the voices of those speaking against racism. #BlackLivesMatter,” Lydia Forson tweeted.

I believe you can dedicate your platform to speak on tribalism and give it the attention you feel it deserves, without denigrating the voices of those speaking against racism. #BlackLivesMatter https://t.co/8DMecuNx76

Becca who was trashed not long ago for copying the Madjozi ‘John Cena’ song to revive her career and was taunted by this in replies.

You are here in Ghana doing music but u jump to South Africa to copy someone's song.. Damn thief!!

Other commenters weighed in. The truth is, the only ‘Damn Hypocrite’ here was Becca, as she’s the one married, not only outside of her tribe, but even outside of her nationality, and a commenter highlighted this.

there are many inter ethnic marriages in Ghana. We’re not killing one another because of tribal difference.i could go on.But the fact is people have lost their lives because they’re African/black. It could happen to you, it could happen to me. Put some sense in your tweets.

Also please directly attack the person who criticized you for marrying a Nigerian if that is what your problem is. And remember, you’re also a hypocrite. Why? You sampled a fellow artist’s song with credit but here you are

You dey rush oo 🙄.. You and your husband like traveling so imagine yourself as victim of police brutality just because of your skin color then come back and type something better.
You figa you write this so you get sense aama

The singer returned to twitter is a lame attempt to explain herself with the following tweet stating there are issues of xenophobia so we should deal with those instead.

Don’t take it out of context ‼️ pic.twitter.com/dzAPBaSATT

The only problem we don’t need is people telling you which problem you should be concerned about. If you are one of those people and you find another problem to be more enduring, then shut up and you get up and do something about that particular problem.

Many Africans around the world, including African Americans, took to social media to share their disgust against the claims of xenophobia in South Africa (despite the fact many of those claims were false). Where was Becca to tell them to ignore it as they have problems back in the USA?

If you are not doing something about that problem you are using as a reason to undo the actions of those worried about another problem, then you are technically just saying because I am comfortable with the existence of something that troubles me I want you to be comfortable with something that bothers you, and this is the stupidity in Becca’s tweet. What proof does she have that those in Africa opposed to George Floyd are not sensitive or are not doing anything about tribalism?

How does she know those opposed to racism in the USA weren’t opposed to xenophobia. The nerve to call them ‘Dam Hypocrites’ deserved more than a silly explanation but an apology. And twitter still got at her explanation. Read the replies below.

‘What are we doing to combat xenophobia’ but you have never started a conversation about it or done something until people started talking about racism. You had to wait for a man to die before wanting to start a convo? https://t.co/1ATfyonEKT https://t.co/mDGlJX7FcS

Ironic how the person who sang the “African woman” song is now obroni. U snitched on the lyrics of the song😩.

When South Africans were killing other Africans did you address xenophobia? You have to do the right things at the right time. Don’t jump on a movement to talk about a different issue and label Ghanaians as hypocrites. I’m glad you’ve rectified your statement though

One tweet even indirectly humoured the singers change in presentation with the past accusations of bleaching and style.