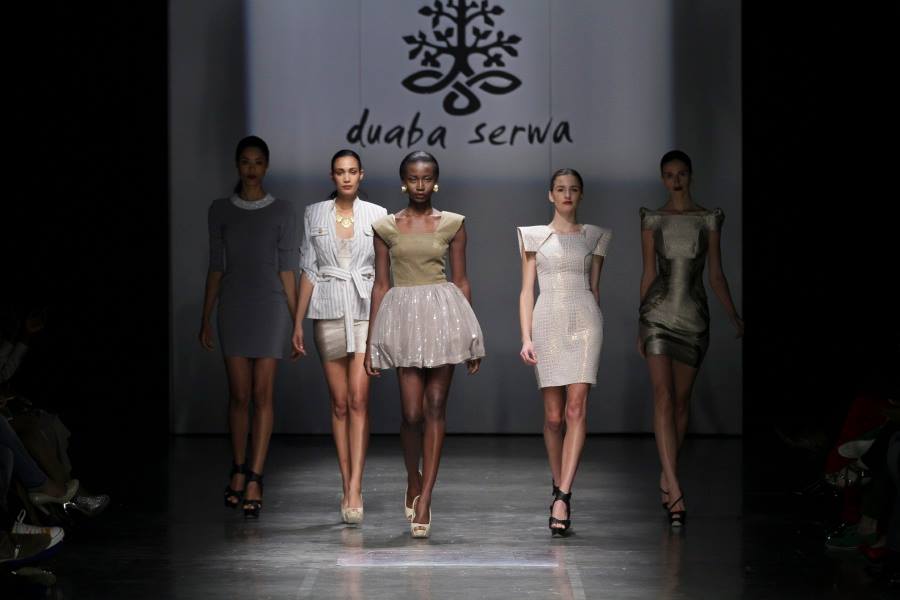 After her exhibition at the Durban Fashion Fair, Mina Evens returns to South Africa for more exposure. This time alongside with one of Ghana’s popular, Duaba Serwa set to launch her new collection San Titre in November 2013 (pictured Above). The two designers will be showcasing at the all known Mercedes Benz Fashion Week Africa 2013. The two were also acknowledged as highlights for the International fashion event organized by AFI (African Fashion International).

Featured designers represent some of the best of African collections from across the continent and the Diaspora. Highlights include Taibo Bacar (Winner of the 2012 Designer of the Year – AFI Africa Fashion Awards) from Mozambique; Mille Collines from Rwanda; Mina Evans and Duaba Serwa from Ghana; Sheria Ngowi and Mustafa Hassanali from Tanzania; David Tlale, Marianne Fassler and Thula Sindi from South Africa. This exceptional line-up is a testament to AFI’s commitment to excellence in presenting the best in creative innovation and commercial success.

AFI Executive Chairperson, Dr. Precious Moloi-Motsepe says, “MBFW Africa is the pinnacle of African fashion: the platform is the gateway between African designers and the global fashion community to engage and promote our local industry. African designers have shown themselves to be world-class in their creativity and aesthetic, and MBFW Africa strives to heighten accessibility to new markets through regional and international exposure, creating a global desire for African-designed fashion. ”

AFI is also pleased to announce that Mercedes-Benz Fashion Week Africa 2013 will be hosted in the City of Tshwane, African capital of excellence, rich in cultural heritage.