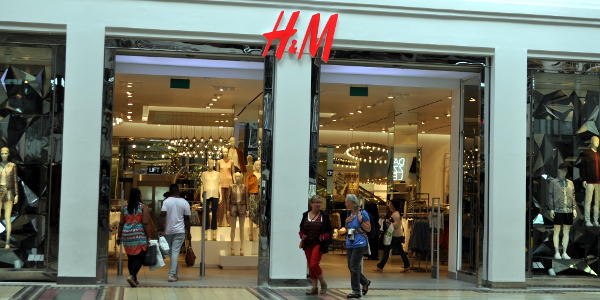 Over the last five years South Africa has attracted a number of foreign fashion retailers, such as Australia’s Cotton On, Spain’s Zara, US’s Forever 21 and the UK’s Topshop. The most recent entrant is Sweden’s H&M, which unveiled its first outlet in South Africa under a year ago and has already expanded to five stores, with another four scheduled to be opened before the end of 2016.

These companies are reporting strong growth – despite the financial pressures facing South African consumers. Cotton On, which hailed South Africa as its fastest growing market two years ago, now has 168 outlets in the country. This year the company opened its biggest flagship store worldwide in the Mall of Africa, on the outskirts of Johannesburg.

And H&M reported sales of around R150m (around US$11m) for its five South African stores in the second quarter.

“H&M has been performing really well in the South African market,” says the company’s local spokesperson, Amelia-May Woudstra. “We see a lot of potential.”

However, the emergence of international fashion giants in the market is placing a strain on local retailers, which are already struggling to win over cash-strapped consumers.

Mr Price, which has a similar product offering to H&M, reported lacklustre sales in its recent trading update. The market leader’s retail sales increased by a trifling 1% for the 18 weeks to August 6, while comparable sales declined by 2.4% for the same period last year.

According to Mukhtar Mustapha, equity analyst at Mergence Investment Managers, local fashion retailers have enjoyed years of very little outside competition, and will have to adjust to a more competitive landscape. He adds that slowing sales growth, as seen with Mr Price, is reflective of current macroeconomics and the fact that growth is coming off a very high base.

“I don’t think we can argue that there’s been no impact from foreign competitors. But you also need to ask the question around the margins of local competitors, which have been fairly high – and therefore have attracted international competition,” says Mustapha.

“For a number of years these retailers operated just amongst themselves. So I think it’s quite logical to assume that if international competitors come into this market they would gain some market share, just given how profitable it’s been for the existing players over a number of years.