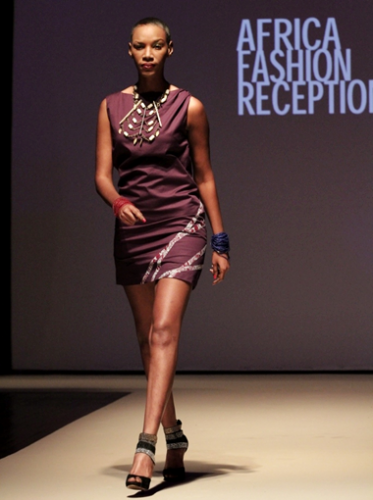 The Bayelsa State Governor, Hon. Seriake Dickson on Thursday bagged the Grand Supporter of Fashion in West Africa award at the opening of a 3-day Africa fashion reception held in Yenagoa in recognition of his administration’s efforts at promoting the creative arts.
Also, the World Fashion Organization, Africa has approved the establishment of the proposed Fashion University in the State, making Bayelsa as one of the beneficiaries of such institutions to be built in the six continents of the world.

Hon. Dickson, while receiving the award reiterated his administration’s commitment to the tourism sector, disclosing that in the last two andhalf years his administration has played host to several events which include; the Africa Movies Academy Awards, Most Beautiful Girl in Nigeria, (MBGN), Interntional Jazz festival and the Caribbean African American Nations,(CAAN) wards.
The hosting of these events and dignitaries in attendance has further proved to the World that, Bayelsa is one of the most peaceful states in the Country.

Reiterating his administration’s commitment to the tourism sector, the governor expressed his administration’s willingness to partner with the WFOA to establish a department for Fashion and Modeling at the State Tourism and Hospitality Institute.
According to him, aside boosting the sector, it will generate employment for the teeming youth in the state.
His words: “In this state, our first priority is education and we are building academic institutions of various kinds and descriptions. Wehave institutes for everything and we urge our young people to key into this cultural and knowledge institution.

“As you are all aware one of the schools we have built is the Tourism and Hospitality Institute. I have directed the Rector of that school to partner with you, so that, you can kick off with your department for fashion and modeling here. That school will start off from September, this year. While, we give you the land for the construction of a fashion university, we would like you to work with our team.
“I have just directed my team, those who are responsible for managing our small and medium scale enterprise to select hardworking Bayelsans, who have an inclination and passion for modeling and fashion designing, because we are developing a scheme to support you. We have a lot of beautiful ladies, who can be groomed and so, my message to most of the designers here is to endeavor to adopt a Bayelsan, who will go out and make a mark in the industry.

In his remarks, the Minister of Culture, Tourism and Orientation, High Chief Edem Duke expressed the Federal Government’s commitment to support the event to promote the creative arts industry as well as to generate a new frontier in the economic development of Nigeria in the area of the creative sector.
Describing the creative industry as a mysterious one, President Jonathan noted that out of a piece of cloth young men and women could sculpt fabrics into unbelievable designs as many of such designs from Africa were intriguing to Europe and the rest of the world.

According to the President, fashion is truly an avenue to address not only poverty alleviation, but also an avenue to express the creativity that is latent in the people.
Speaking on the theme, ‘the Journey So Far in Nigeria,’ the Vice President of the World Fashion Organization, Europe, Mr. BorgogelliPercario said, the choice of Bayelsa for sitting the fashion university was based on the state’s peaceful ambience and favourabledisposition to the development of the arts.

In her address, Patron of the World Fashion Organization Africa, Dr. Merit Gordon Obua, said African designs were making waves in the western world in view of the ingenuity of the designers.

While encouraging young ones to key into the lucrative fashion industry, she stated that a Nigerian won the runner up of Mr. World and Best Fashionable Dresser.