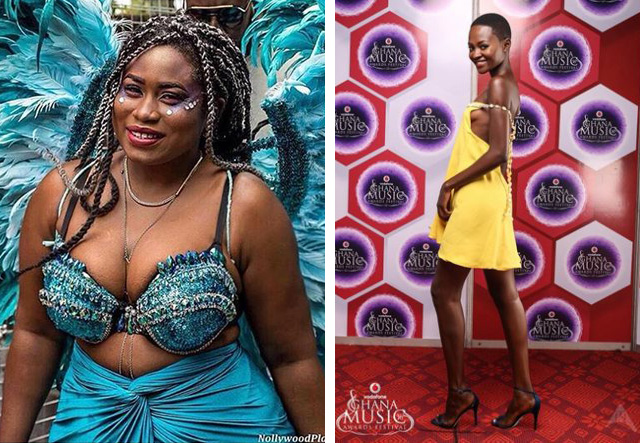 Hamamat Apologizes For Revealing VGMA Dress; & Lydia Forson Goes On A Rant About It

Montia was heavily criticised especially on social media over her outfit which made her apologise on Instagram.

Lydia Forson, who is clearly not happy about the development, condemned the attacks in a post on Facebook.

I just read that Hamamat Montia former Miss Malaika winner who wore a daring dress to the VGMA’s showing her side boob, has apologized.

Stupid stuff like this gets my blood boiling. Apologizing to who and for what?

If we think the dress was bad fine, it’s our opinion and we’re entitled, after all if you step out to an award show you’re basically indirectly signing up to show yourself to the world, thus giving them an opportunity to scrutinize what you wear, that can’t be helped; It comes with the territory.

However she’s entitled to wear whatever she wants even at the expense of public scrutiny. And shouldn’t owe anyone an explanation unless she wants to.

There’s nothing wrong with getting it wrong on the red carpet. Lord knows I’ve done it countless times, but it’s the red carpet not bloody heaven. And if you get it wrong you can either own your poor fashion sense or stand by what you wore. Because fashion, like all other things is relative.

What you shouldn’t have to do, however, is to be held up to some imaginary court of crimes against fashion and later made to go through some type of public appeal for redemption.

Unless there’s a law against dressing a certain way (maybe there is and I don’t know) your personal opinions, standards etc should remain just that, opinions! So fall waaaaaaay back.

And please don’t start with the moral and cultural standards card you people only pull when it’s convenient for you.

If you’re going to show and watch telenovelas with half naked women, and cultural festivals with girls showing their breast all over the place or even post pictures of American celebrities in bikinis; and think it’s ok, then please take several seats and sip on bleach.

I think we’re giving people too much power of our lives that they’re actually beginning to think they have some right or say over us.

Herrr you people paaa, have you paid for or bought a dress for anyone to attend a show? So why do you think you have that much power over what they wear? 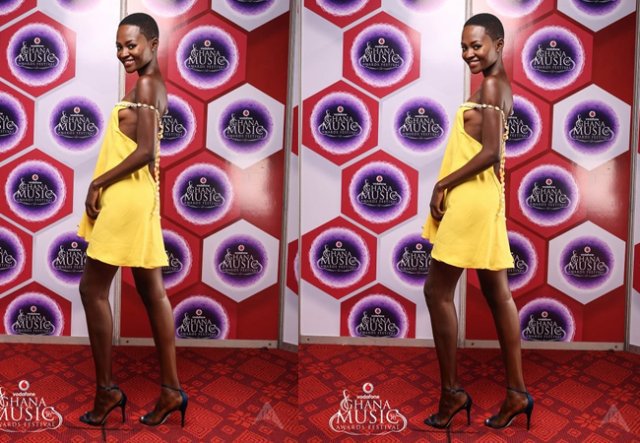 The only right you have here is NOT to like the dress, nothing more.

And this is the kind of oppression I keep talking about, the kind that seeks to shame women because someone somewhere sitting on a couch with a bag of chips and nothing to their name except Internet data decides that this is wrong.

If she wants to apologize to anyone, let it be because she strongly believes she did something wrong at that event and not because she’s being coerced to by trolls.

So she called out the photographer for taking a picture which she thinks didn’t do her justice, she’s allowed to if that’s what she feels strongly about, even if she’s wrong.

I know I’ve called out a few mischievous photographers before.

And the photographer is equally allowed to stand by her picture if she thinks she’s justified in that, it’s her professional stance.

Because they both had a job that night, one to look her best and the other to take the best pictures and in both cases each had a right to whatever worked for them.

But for heaven’s sake stop using this as some tool to bring her to her knees. It’s getting tiring now.

Why do we hold people to some high imagery standards we’ve created, and later lash out at them when they don’t meet them?

And half the nig**z complaining are probably jerking of over this picture and the women are probably angry they weren’t daring enough to pull it off.

The women. You people di33 I will get your time, no be today. Because the way you put your fellow women down eh! Hmm.

Why does someone’s life bother you so much? Ah. Or people are getting paid and I don’t know, please oh if they are then show me where the money at, cuz in this economy a SISTA’s got to get paid.

Now I’m neither in support of or against what she wore, I really could care less.

I’m more appalled by how people tried to use this as measurement for whether she was a fit mother or the reason behind her failed marriage( and FYI failure only means something didn’t work and not because it’s the end of the world).

You could have talked about the dress without bringing your children, family and personal life into it. It’s just a DRESS ah!

I don’t know Hamamat personally and I’m quite indifferent about her, however if I’m going to speak out for women I can’t with a clear conscious pick and choose who I support or speak for based on my feelings towards them.

But you people should go on, me I’ve got time, one day I’m going to post all your DM’s and dirty little secrets you have. So we can level the playing field.

Because I think the Internet is making some of you feel invincible and untouchable. But there is God ooh, one day one day, you will all have your matta on board. Then we’ll see where your vim to post trash will go.

But my dear Hamamat next time stand by what you wore (cuz I know you were feeling yourself that night and were well aware of the side boob when you picked out the dress) or own that you didn’t get it right. Either way, it’s part of the Showbiz culture, no big deal.

But NEVER apologize to people who don’t feed you like you’re some little girl with no brains. It defeats the purpose of the fight against oppression of women, and gives power to underserving trolls who will continue to shame women by emploring these methods.

My friend Whitney Boakye – Mensah said it best in her post on Facebook a while back. And I think it sums up a lot of what I want to say, but I’m too brain tried to write.