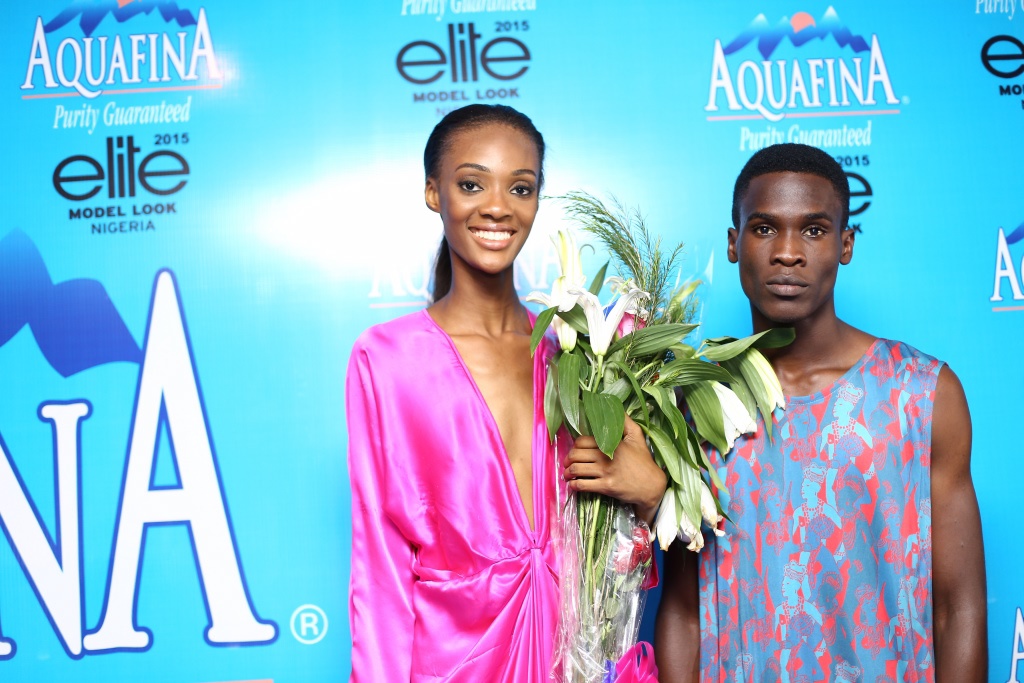 One of the biggest and anticipated modelling competition of the year, The Elite Model Look Competition has come and gone with its fun, excitement and also its winners. I was there personally at the event to witness the crowning of the new elite queen and king and I most say it was well attended by celebrities and the creme de la creme of the Lagos Metropolis. The Aquafina’s Elite Model Look Nigeria held at the Eko Hotels Victoria Island on Sunday the 13th. Celebs like Omotola Jolade Ekehinde, Beverly Naya, Victoria Kimani, Zizi Cardow, former beauty queen Omowunmi Akinifesi, female artiste Victoria Kimani, stylist and fashion designer Toyin Lawani, Yvonne Vixen and a host of others were also there. 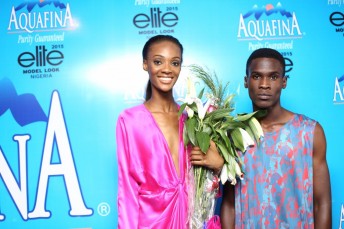 The judges were introduced which were:

Shaydee steps on stage for a performance of his own part of ‘Murda’ he sang alongside Patoranking and Seyi Shay. Later the female contestants strut the runway dressed in Meena while the male contestants follow suit dressed in POC.

Then there was the style awards for the most well dressed and stylish guests. Jide who is also known as J reason, a stylist and make up artiste and Somkele Iyamah who acted in a Nigerian soap opera ‘gidi up’ won the style awards and were given a gift pack courtesy of one of the sponsors of The Elite Model Look “Veuve Cliquot.”

The 2014 winners Victor Ndigwe and Mayowa Nicholas were called on stage,asked questions and were told to do their final walk. Then a video presentation of both previous winners was projected. 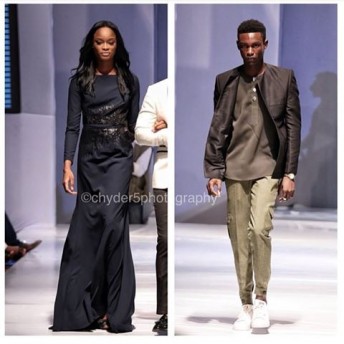 Male contestants come out on the runway once again in Orange Culture.

The top five male and female contestants were announced

The top 10 finalists were asked to go back stage while a video presentation of the Elite contestants in the boot camp was played on the projector. 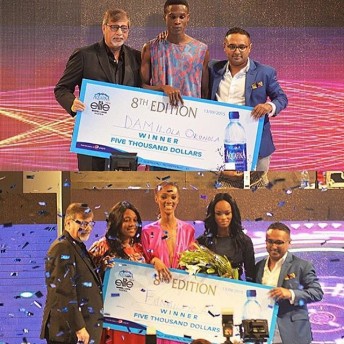 So the winners of the Elite Model Look 2015 Competition are Funmi Akinjuola and Damilola Okunola.