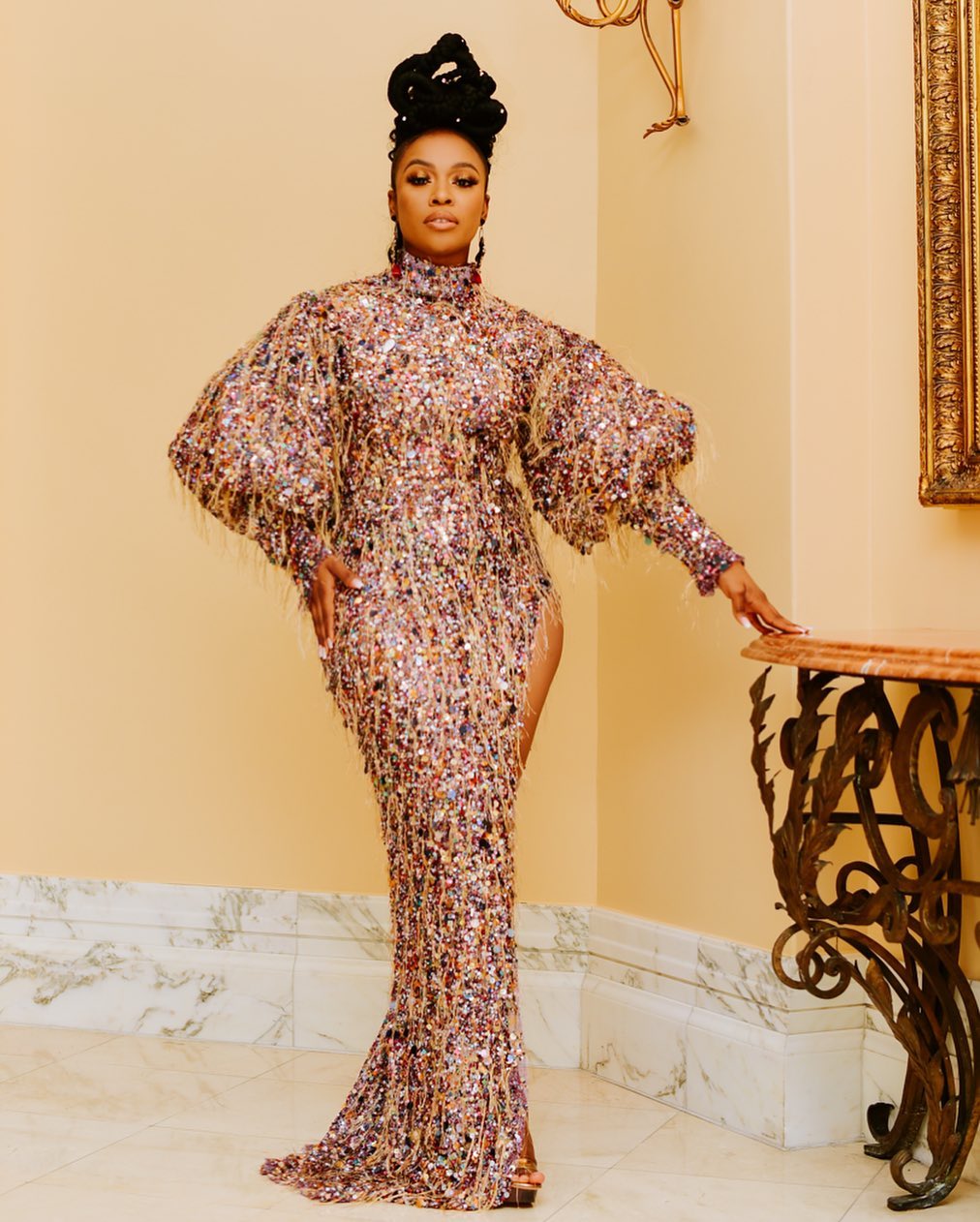 For now our focus would be on the very beautiful Nomzamo Nxumalo Mbatha, who is a South African actress, television personality, businesswoman and human rights activist who was the Host for this years Miss South Africa 2020, her fashion game was out of this world. Nomzamo was unmissable as she made appearances in four high-octane looks styled by acclaimed international stylist Harrison Thomas Crite and famed SA Stylist Lethabo Maboi. Rocking subtle glam makeup with a dramatic up-do, Nomzamo definitely dominated the stage. Keep scrolling to see every look she wore that had us screaming Damn!!!. 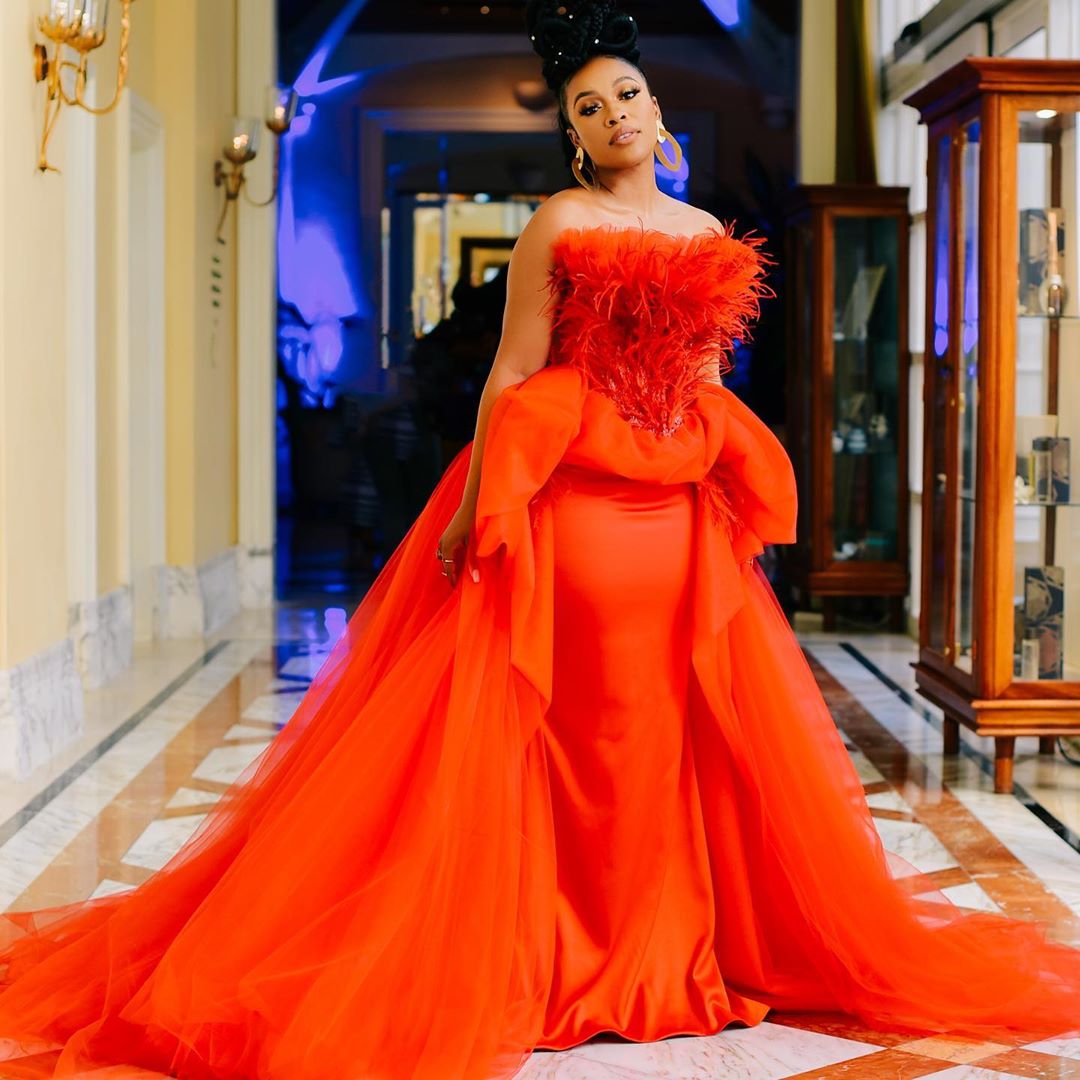 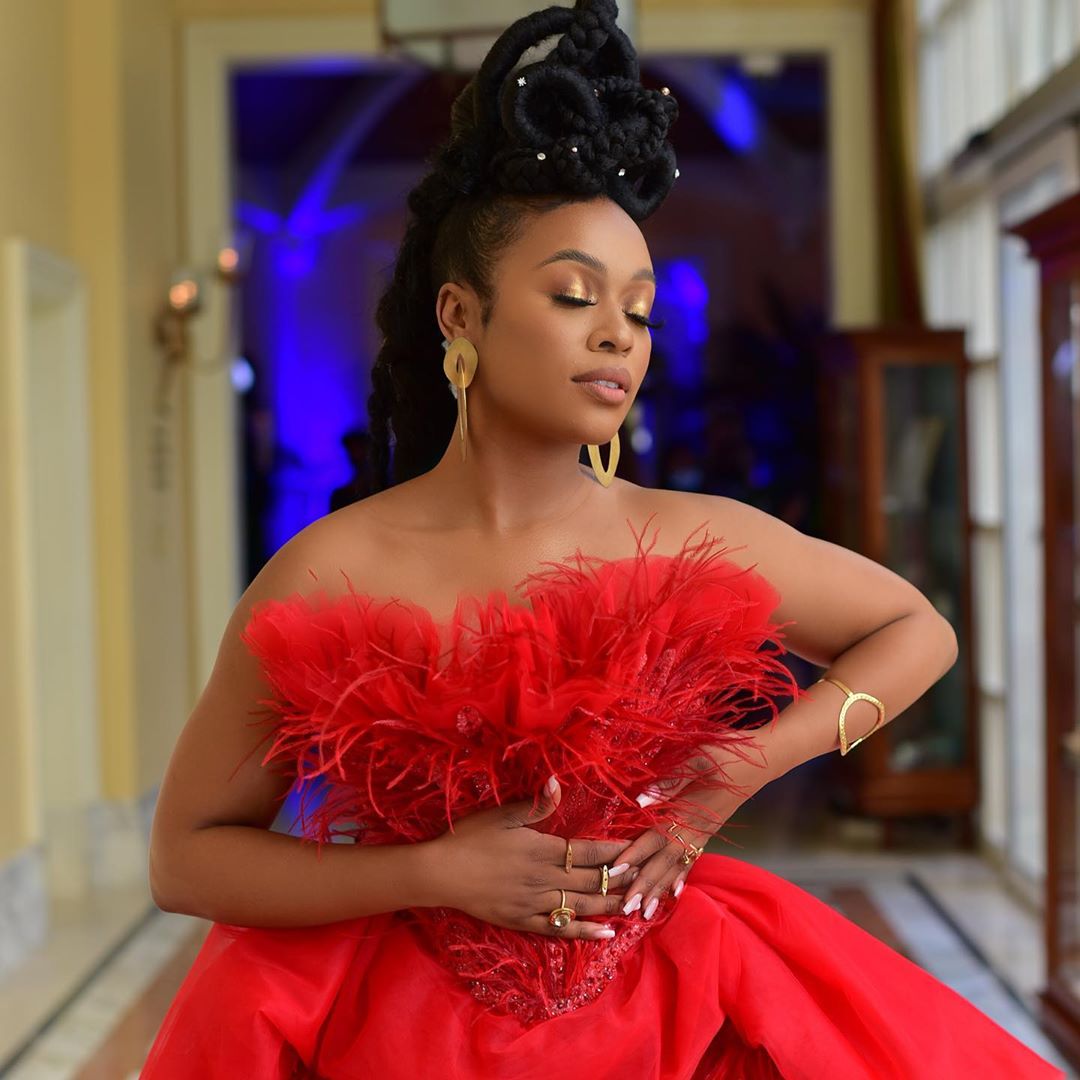 For Nomzamo Mbatha first look whilst the Miss South-Africa pageant the Coming To America actress chose to wear one of South-Africa’s leading couture designer Gert-Johan Coetzee which had a mustard yellow ball gown with a corset flurr feather detailing while she had a 1950  African royal updo hair.

For her second look she chose the same designer but this they both went Risque in a white cut our blouse gown with big ruffles which is making a comeback this fall, watch out for our fall fashion must haves right here on fashionghana. 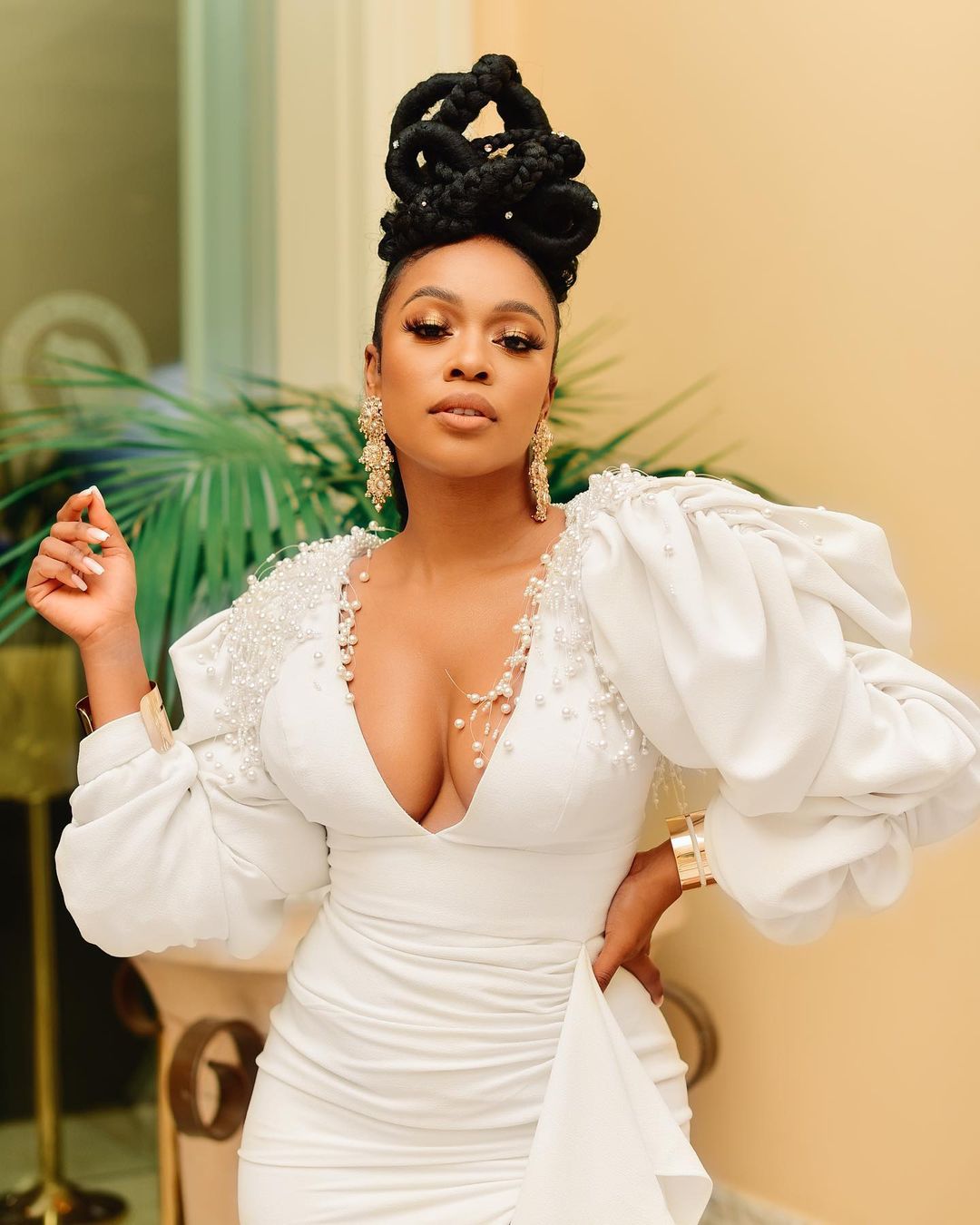 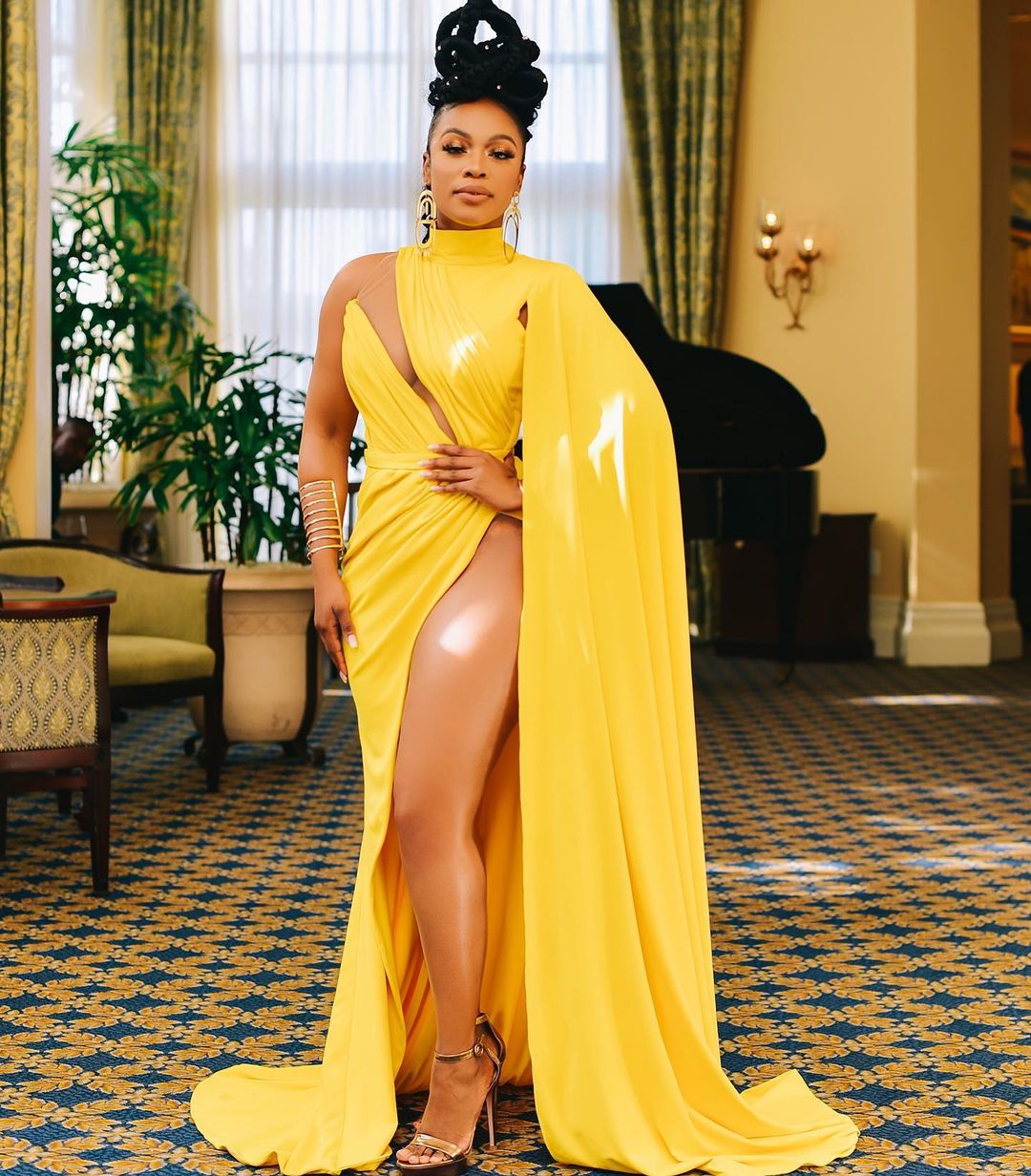 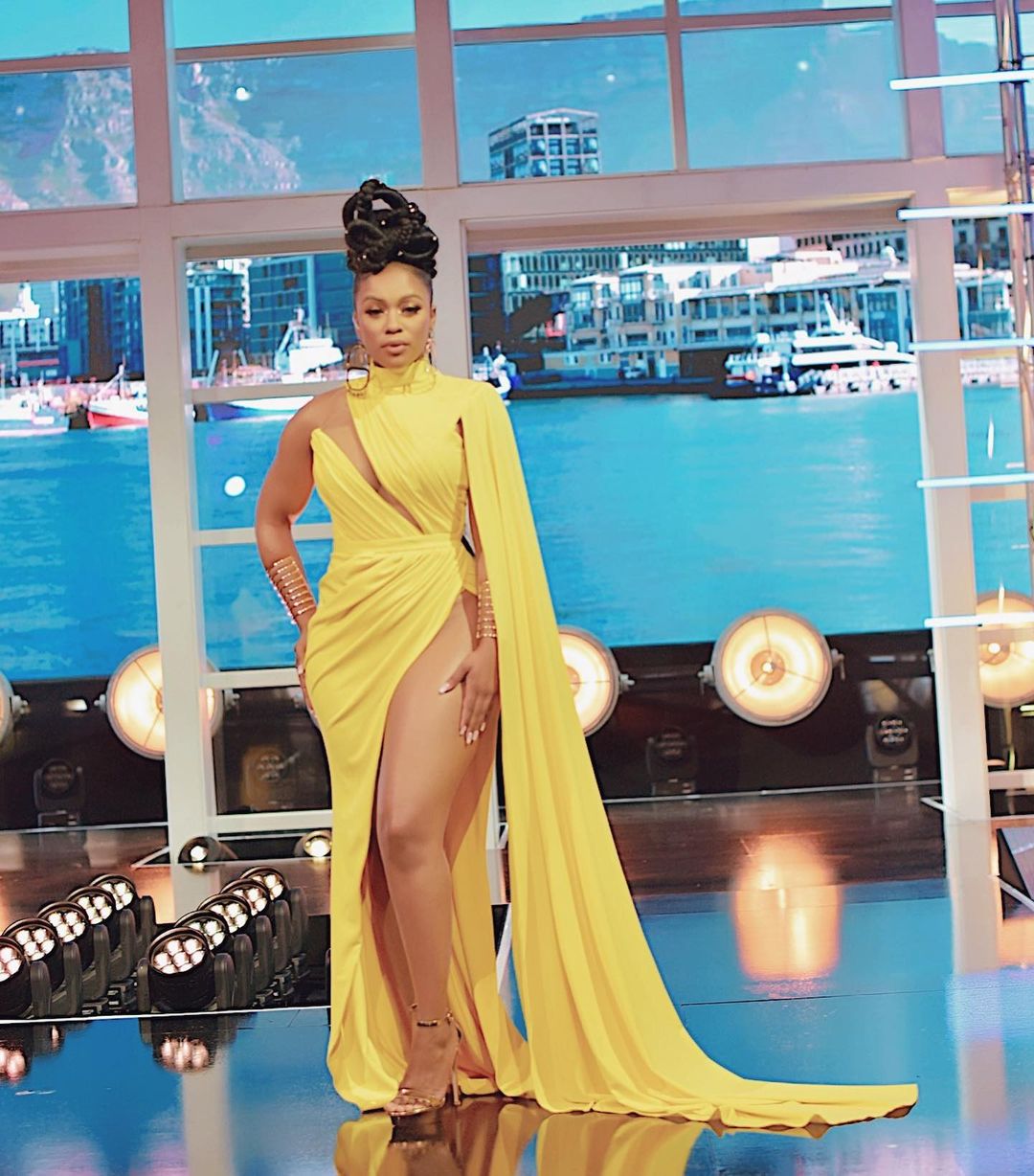 As the host of one of the biggest beauty pageant on the continent Mbatha had the luxury to switch up different outfits which were worth our while and for her third look for the night Nomzamo Mbatha  went all jennifer Lopez and Angelina Jolie on us with her wearing a custom yellow cut out slit all the way to her waist and had a cape on her left arm, her upper section had a cut out pattern which showed cleavage. Beautiful is what we can say for this look.

Just when we thought we have seen it all when it comes to Nomzamo style as the host of the Miss South-Africa pageant she decided her power style that night in this shimmering Ese Azenabor Atelier once again wearing an open slit gown with butterfly buffy blouse aesthetics which was incorporated in the dress. the second queen for us that night was a killer in the style department all four looks where unique and really added class to the event and indeed herself as the host.