Hot Shots: These Amazing Pictures Of African Kings By James C. Lewis Will Blow You Away

See these amazing recreates of famous African Kings brought to life by photographer James C. Lewis. A trip to memory lane where photography meets education. Brilliantly done with a purpose to enlighten us about the great history and kingdoms in Africa. And I thoroughly loved it. Click the next button to see the set. 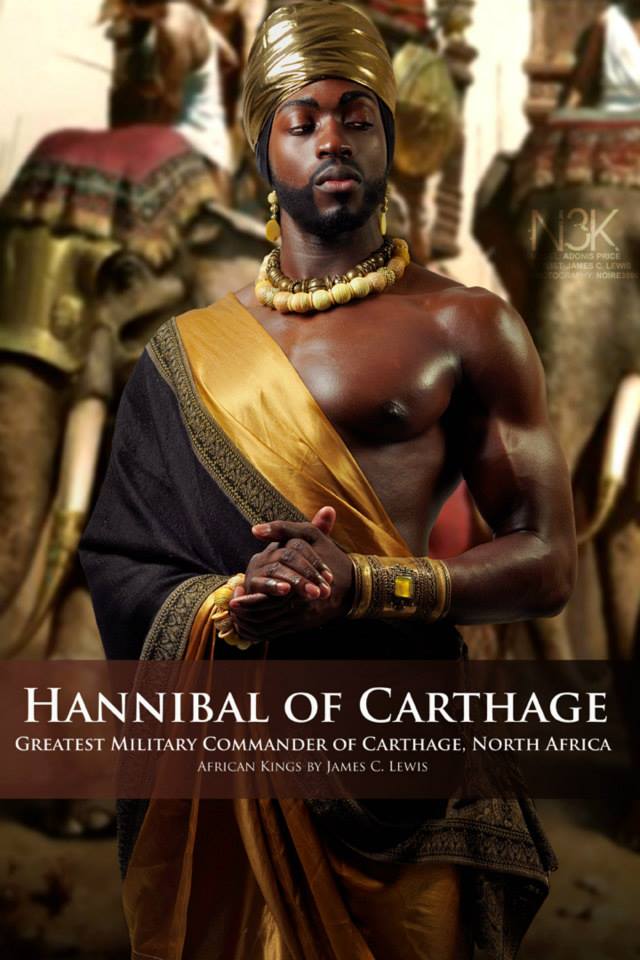 was an African Carthaginian military commander, generally considered one of the greatest military commanders in history. Also creditd for having major victories against the Roman Empire with his mighty warriors that marched into battle on the backs of great elephants! He was later defeated by the Roman Empire and returned to Carthage, North Africa where he was elected to the “Office of Suffete” which was the Highest Appointed Official in Carthage at that time.

SIDE NOTE: Contrary to the incorrect depictions passed down through history, Hannibal was NOT a White man. He was in fact a Black man of North Africa and the coins baring his likeness in the attached article clearly tell the real truth of who he was: http://www.blackhistoryheroes.com/2012/07/hannibal-barca-of-carthage-north-africa.html | model: Adonis Price | stylist & photographer: James C. Lewis 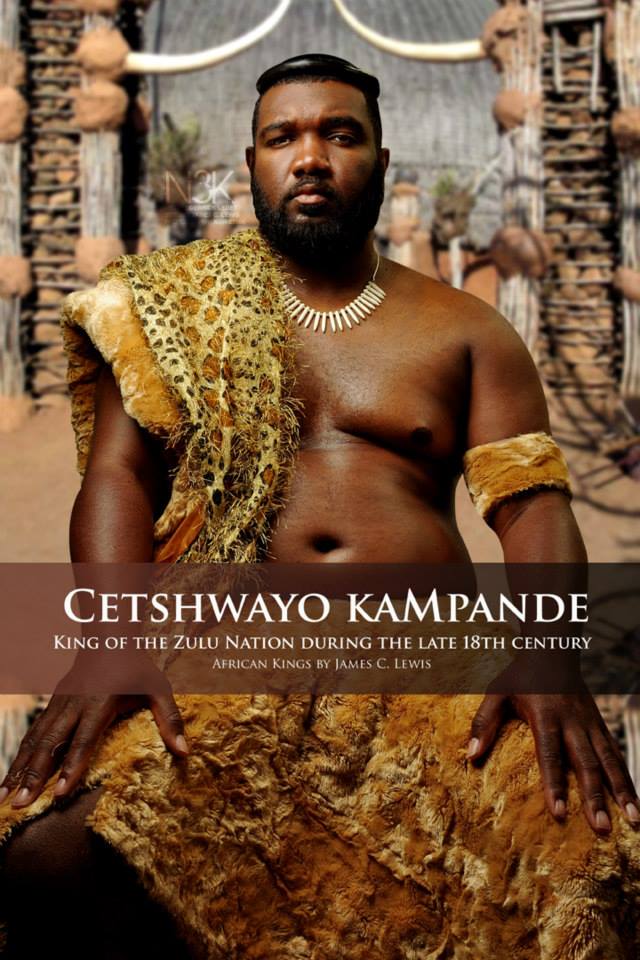 and its leader during the Anglo-Zulu War of 1879. He famously led the Zulu nation to victory against the British in the Battle of Isandlwana. | model: Derrick Ledet | stylist & photographer: James C. Lewis 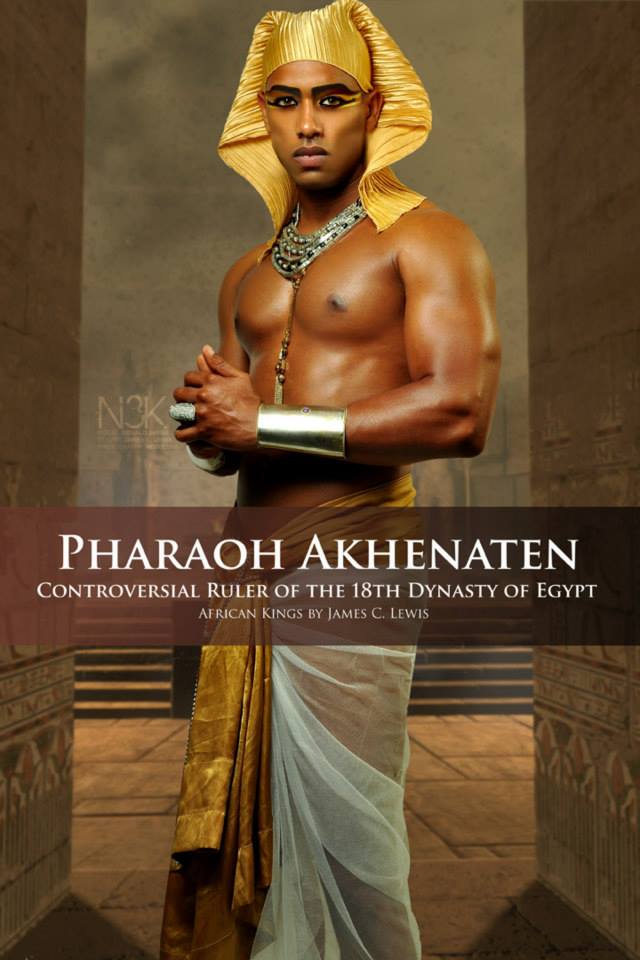 He was known before the fifth year of his reign as Amenhotep IV, was a pharaoh of the Eighteenth dynasty of Egypt who ruled for 17 years and died perhaps in 1336 BC or 1334 BC. He is especially noted for abandoning traditional Egyptian polytheism and introducing worship centered on the Aten. Husband of Nefertiti and father of King “Tut” Tutankhamun. | model: Don James II | stylist & photographer: James C. Lewis 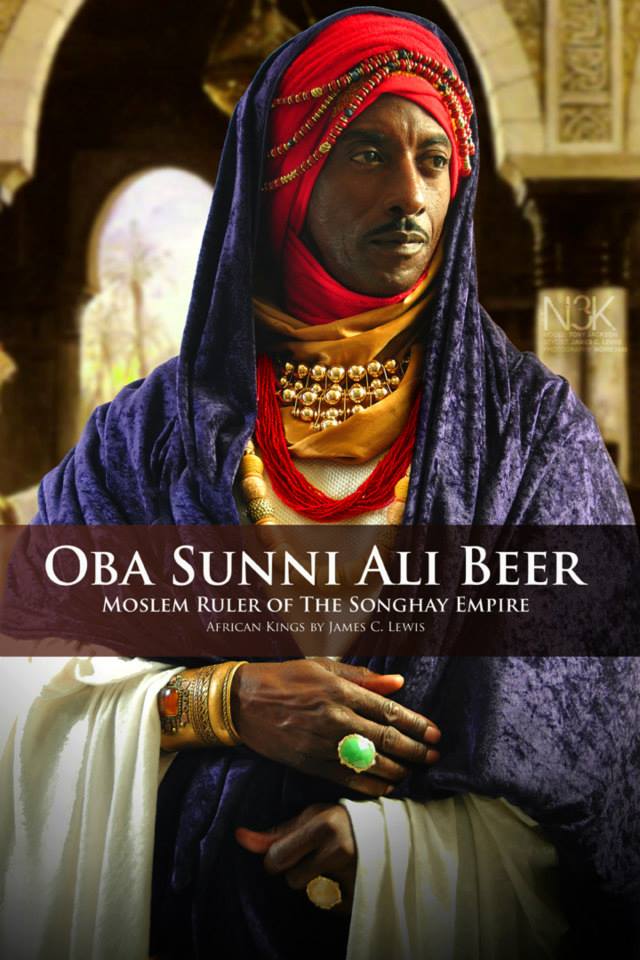 built the largest most powerful empire in West Africa during his 28-year reign. With a remarkable army,he won many battles, conquered many lands, seized trade routes and took villages to build the Songhay empire into a major center of commerce, culture and Moslem scholarship. | Model: Tony Jackson | stylist & photographer: James C. Lewis 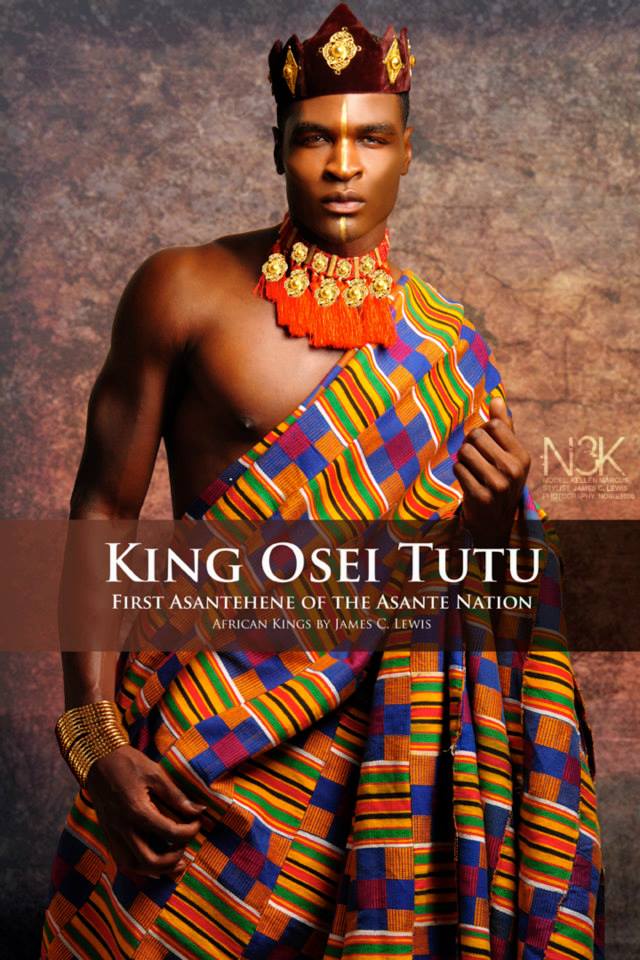 Osei Tutu was the founder and first ruler of the Asante nation, a great West African kingdom now known as Ghana. He tripled the geographic size of Asante and the kingdom was a significant power that endured for two centuries. Model: Kellen Marcus | Photographer & Stylist: James C. Lewis | Wardrobe & Accessories: Maryse M’bo Ako 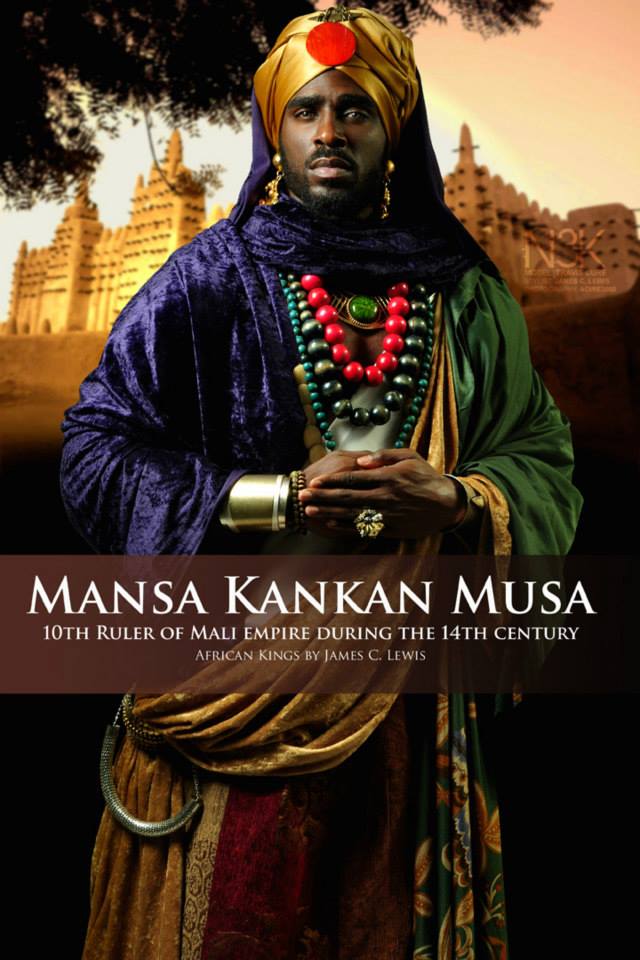 built the largest most powerful empire in West Africa during his 28-year reign. With a remarkable army,he won many battles, conquered many lands, seized trade routes and took villages to build the Songhay empire into a major center of commerce, culture and Moslem scholarship. | Model: Tony Jackson | stylist & photographer: James C. Lewis

He was Mai (king) of the Kanem-Bornu Empire, located mainly in Chad, Cameroon and Nigeria. His name is more properly written Idris Alawma or Idris Alauma. An outstanding statesman, under his rule (1564–1596) Kanem-Bornu touched the zenith of its power. Idris is remembered for his military skills, administrative reforms and Islamic piety. His feats are mainly known through his chronicler Ahmad bin Fartuwa. | Model: Kineh N’gaojia | stylist & photographer: James C. Lewis 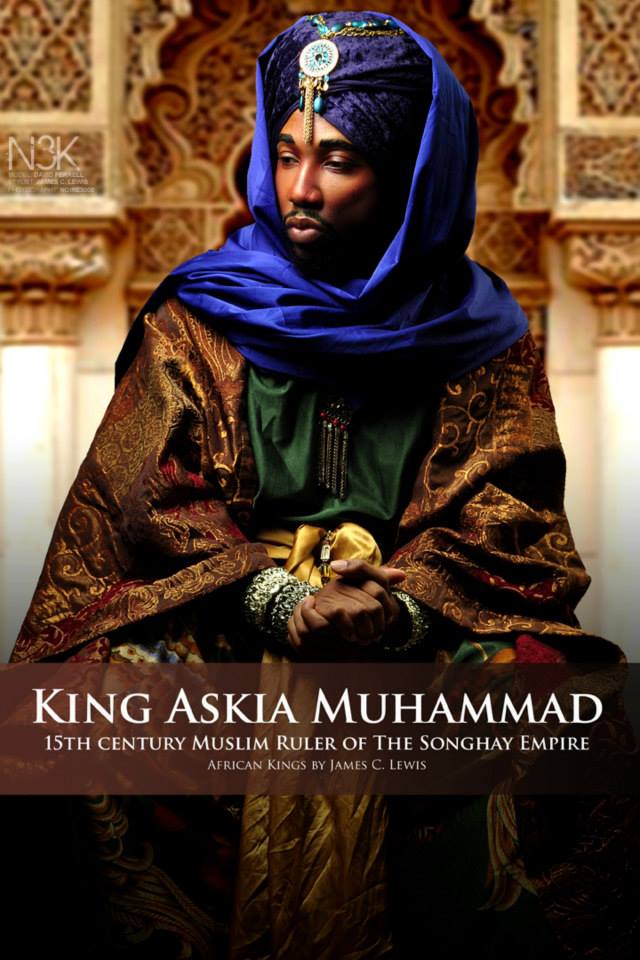 Born Muhammad Ture ou Mohamed Toure in Futa Tooro, later called Askia, also known as Askia the Great, was an emperor, military commander, and political reformer of the Songhai Empire in the late 15th century, the successor of Sunni Ali Beer. Askia Muhammad strengthened his country and made it the largest country in West Africa’s history. At its peak under his reign, the Songhai Empire encompassed the Hausa states as far as Kano (in present-day Nigeria) and much of the territory that had belonged to the Songhai empire in the west. His policies resulted in a rapid expansion of trade with Europe and Asia, the creation of many schools, and the establishment of Islam as an integral part of the empire. | Model: David Ferrell | stylist & photographer: James C. Lewis 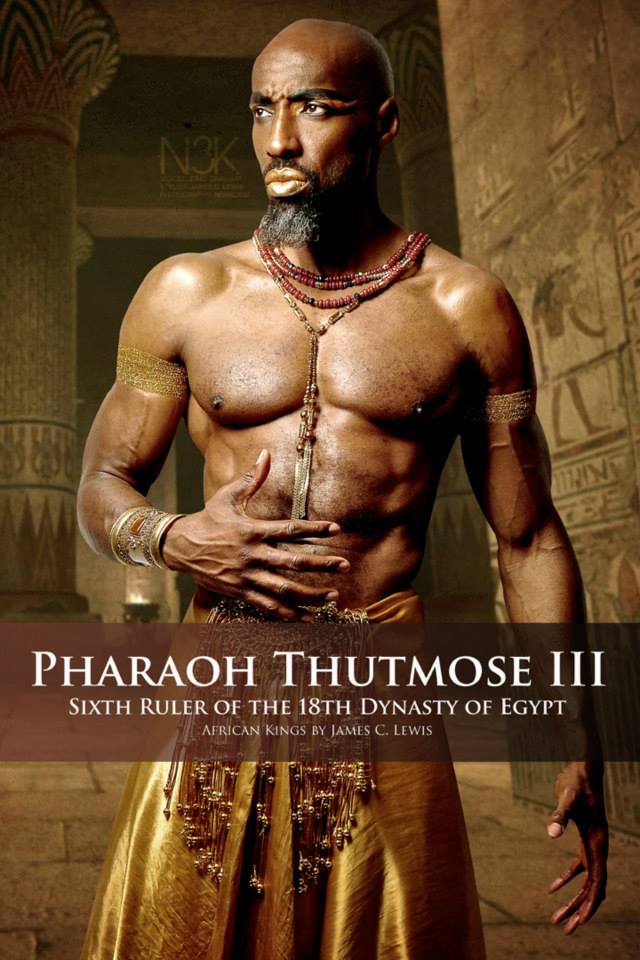 He was the sixth Pharaoh of the Eighteenth Dynasty. Thutmose III ruled Egypt for almost fifty-four years, and his reign is usually dated from April 24, 1479 BC to March 11, 1425 BC; however, this includes the twenty-two years he was co-regent to Hatshepsut. During the final two years of his reign, he appointed his son and successor, Amenhotep II, as his junior co-regent. | Model: Eric Graham | stylist & photographer: James C. Lewis 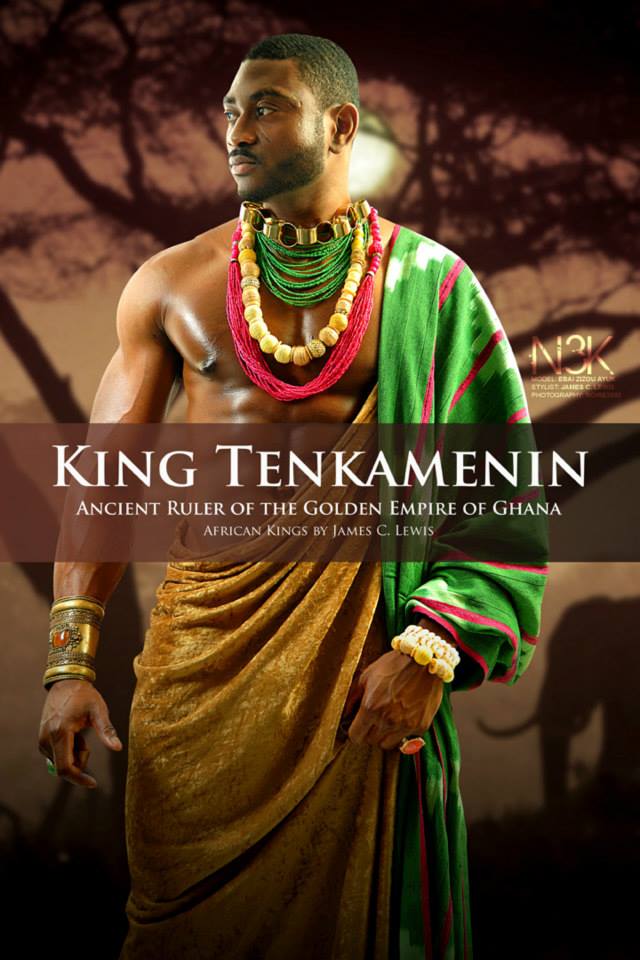 Through careful management of gold trade across the Sahara, Tenkamenin’s empire flourished economically yet his greatest strength was in government. He listened to his people and provided justice for all of them. His principles of democratic monarchy and religious tolerance make him one of the great models of African rule. | Model: Ebai Ayuk-Enow | stylist & photographer: James C. Lewis 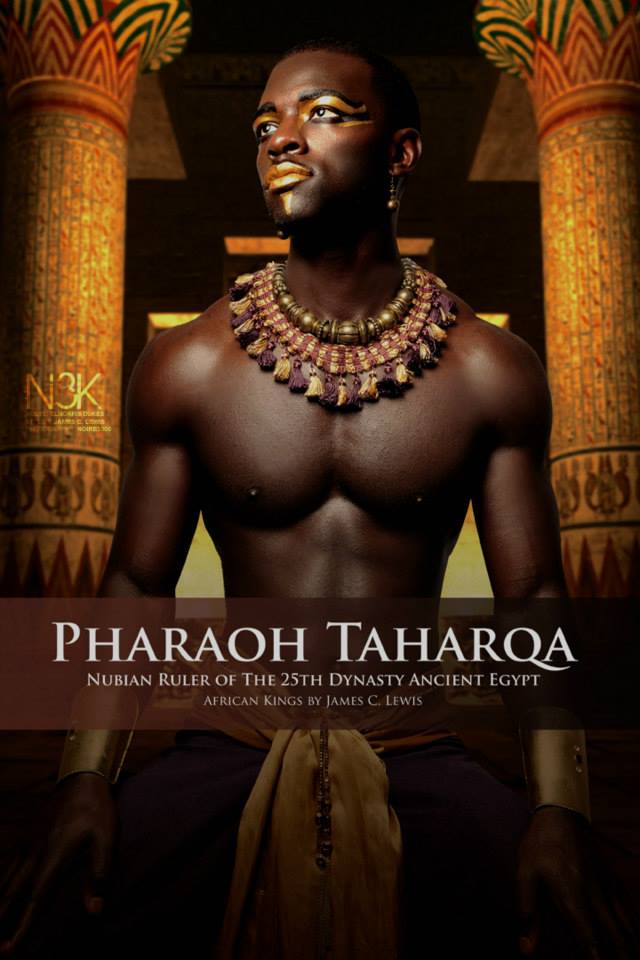 He was a Pharaoh of the Ancient Egyptian 25th dynasty and Ruler of the Kingdom of Kush, which was located in Northern Sudan & Ethiopia. He is also mentioned in Biblical references – Scholars have identified him with Tirhakah, King of Ethiopia, who waged war against Sennacherib during the reign of King Hezekiah of Judah (2 Kings 19:9; Isaiah 37:9). 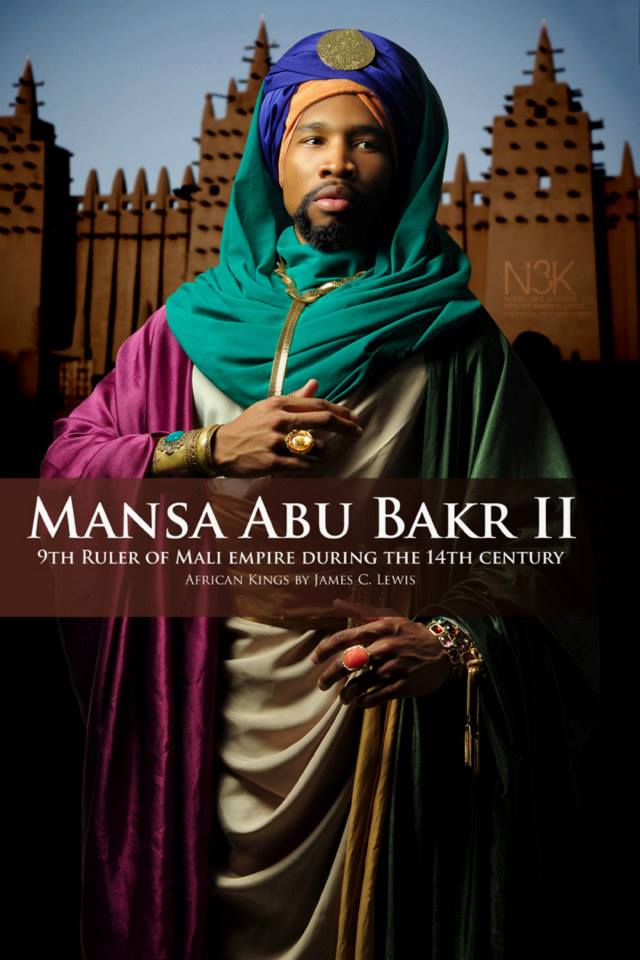 He was the ninth Mansa (Title of Ruler in Mali) of the Mali Empire, the richest and largest empire on earth at that time, covering nearly all of West Africa. He succeeded his nephew Mansa Mohammed ibn Gao and preceded Mansa Musa. Abu Bakr II appears to have abdicated his throne (1311) in order to explore “the limits of the ocean” and was said to have set out on this feat 181 years prior to Christopher Columbus however, his expedition never returned. He is now referred to as “The Voyager King” | Model: Zaq Jackson | stylist & photographer: James C. Lewis

AFRICAN KING SERIES | Ghezo or Gezo was an Ahosu (King) 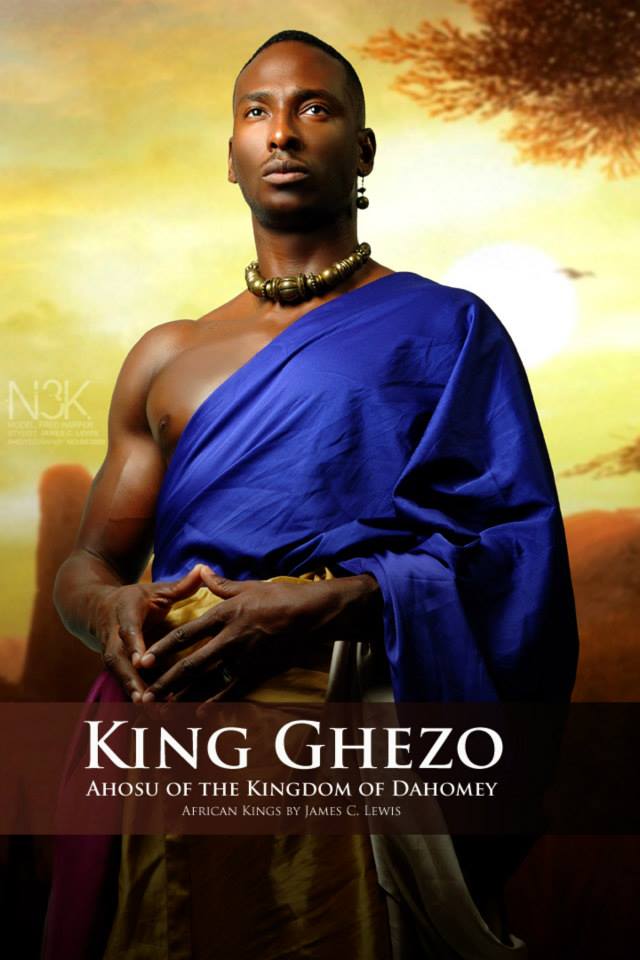 King of the Kingdom of Dahomey, in present-day Benin, from 1818 until 1858. Ghezo replaced his brother Adandozan (ruled 1797 to 1818) as king through a coup with the assistance of the Afro-Brazilian slave trader Francisco Félix de Sousa. He ruled over the kingdom during a tumultuous period, punctuated by the British blockade of the ports of Dahomey in order to stop the Atlantic slave trade. | Model: Fredrick Harper| stylist & photographer: James C. Lewis 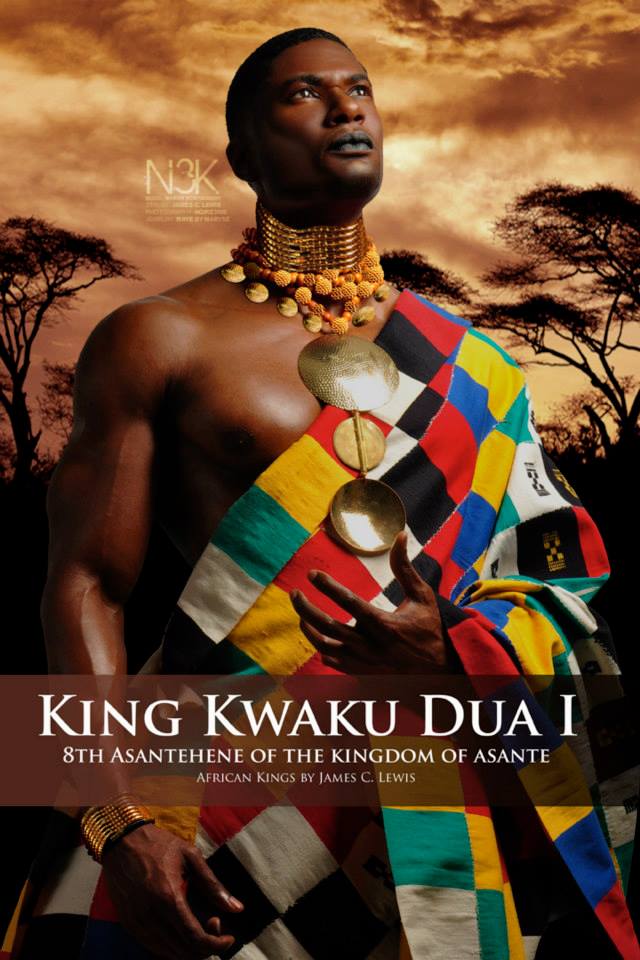 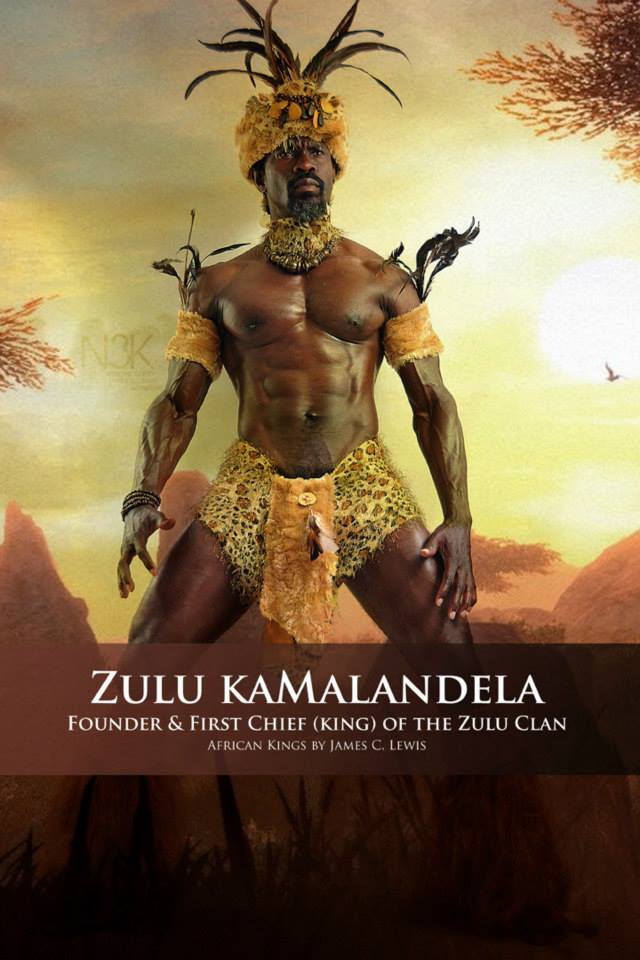 The son of Malandela, was the founder and Chief (King) of the Zulu clan which came from the Nguni people. In the Zulu language, Zulu means heaven. | model: Amistad W. Carty | stylist & photographer: James C. Lewis 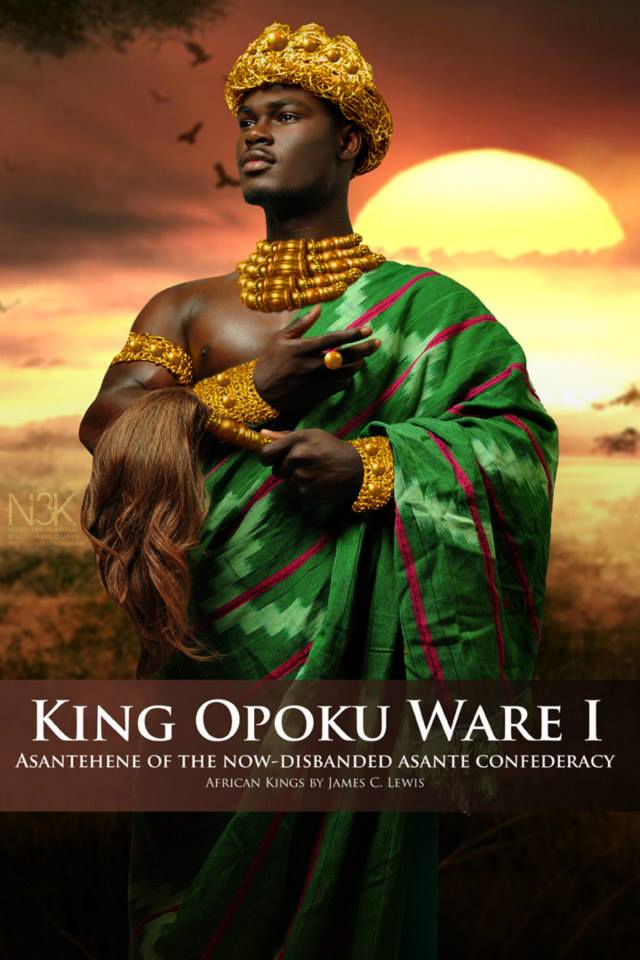 All Pics by James C. Lewis