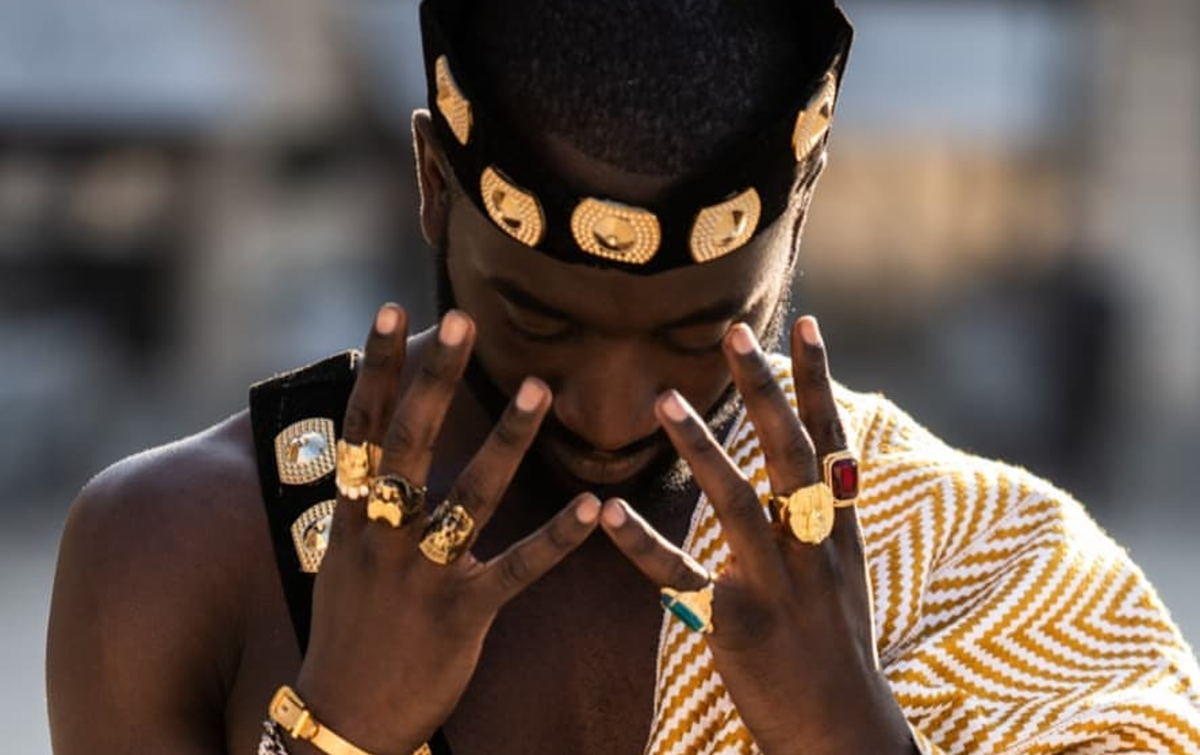 #HOTSHOTS: This ‘Ashanti (King) In Paris’ Gets No Respect Like Prince Charles In Ghana; Is This Fuse ODG Words In Pictures?

It’s only a few weeks ago Fuse ODG took to the internet (in correction of our title) to criticize our Ghanaians treated the British Royal Family on their visit to Ghana. He criticized how they were treated with the utmost security and how our young girls were made to stand out in the hot sun waving at them.

I'm genuinely confused about the fuss that's being made about Prince Charles visit to Ghana.. maybe someone can explain to me ??!??‍♂️ #braFie #NewAfricaNation #RoyalVisitGhana

One comment that resonated was when he asked when our King Otumfuo goes to the UK is he treated as we treat the British Royal Family in Ghana. His video was a viral video that was spread out through Ghana on social media and whatsapp about a month ago.

Coincidentially a fabulous editorial shot by Paris based model photographer Manior Paris, captured a model in 101 clothing, although the shoot was a simple shoot capturing a model wearing 101 clothing in Paris dressed as an Ashanti King, it was so inline with the reality depicted by Fuse ODG, a king with no welcome no security nor praise. Although there is no connection with Fuse ODG’s rant and the shoot below, bare his words in mind and let the pictures do the rest of the talking. 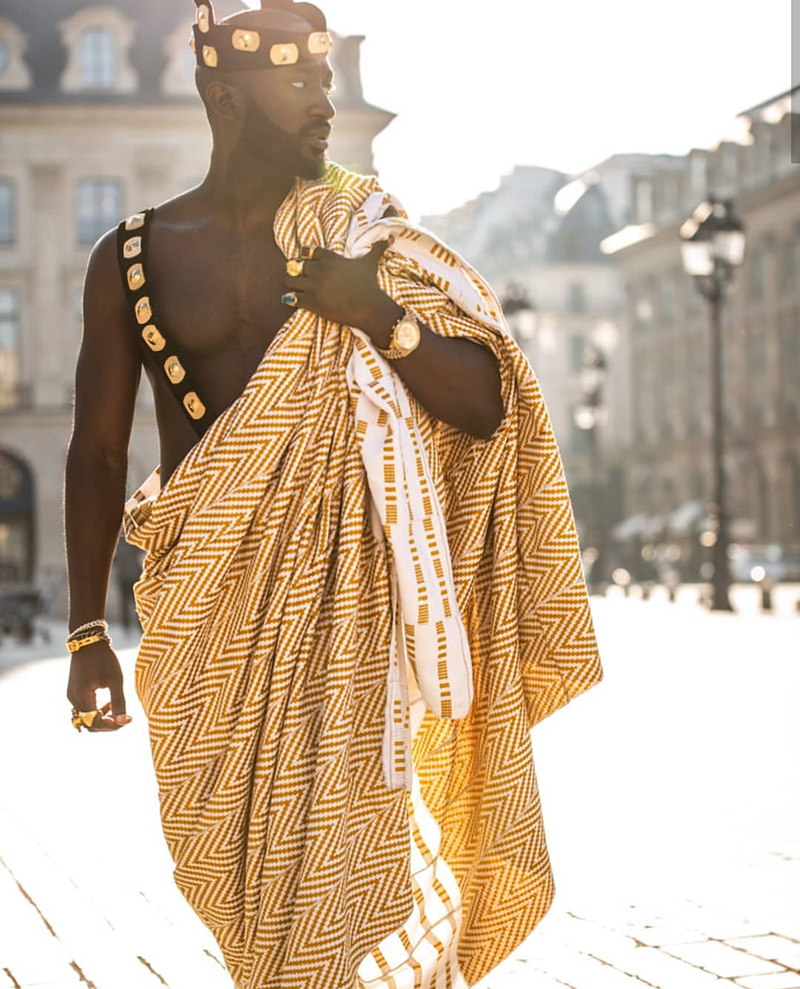 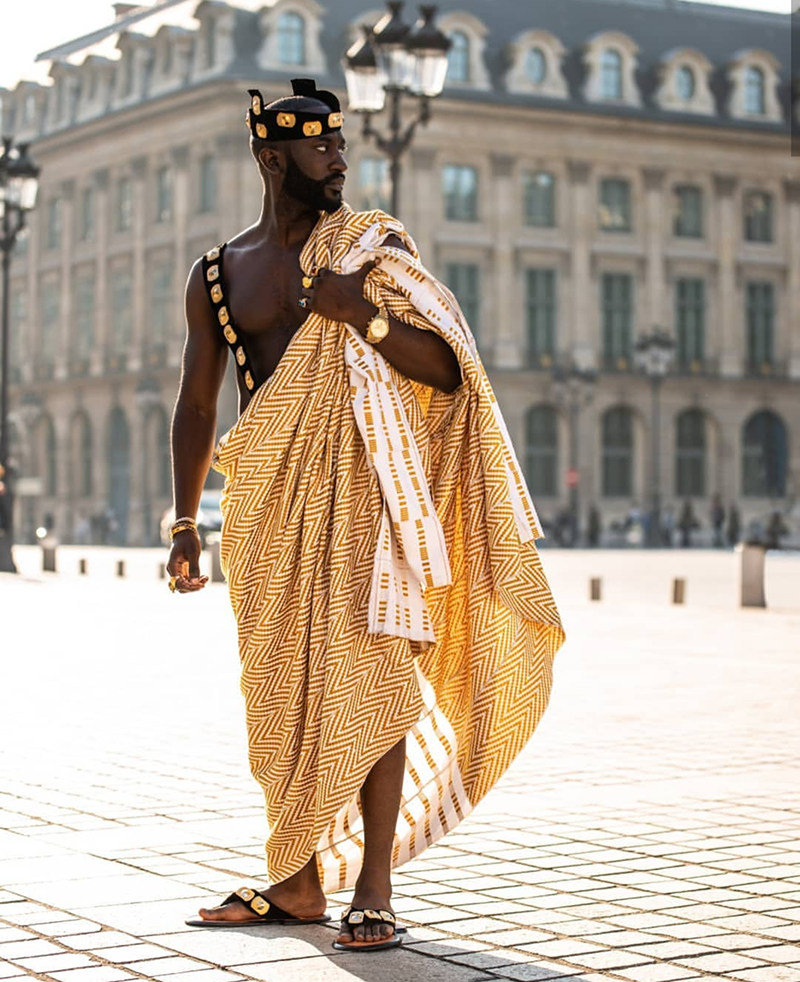 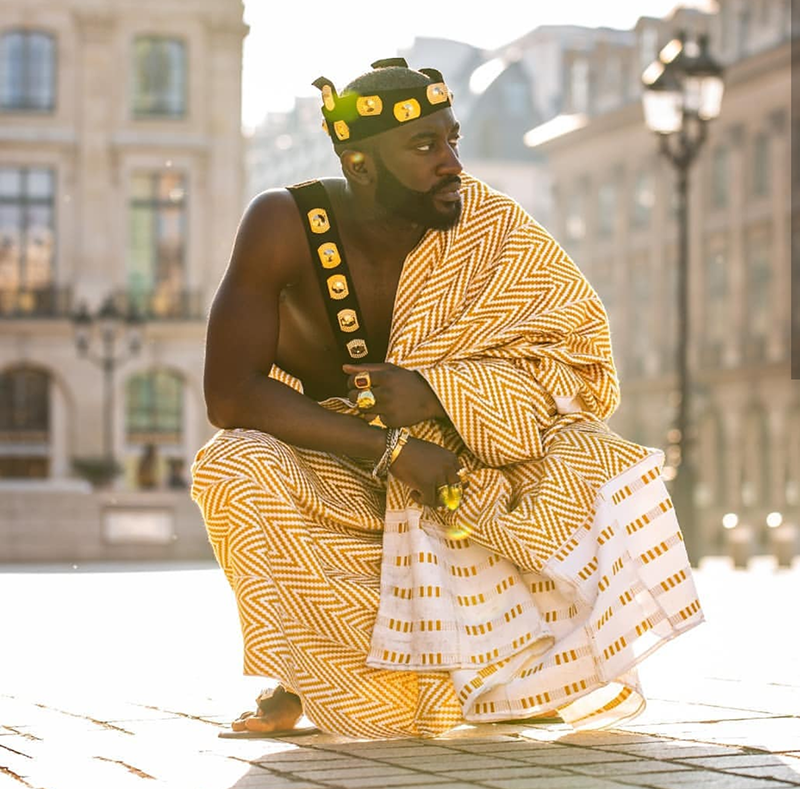 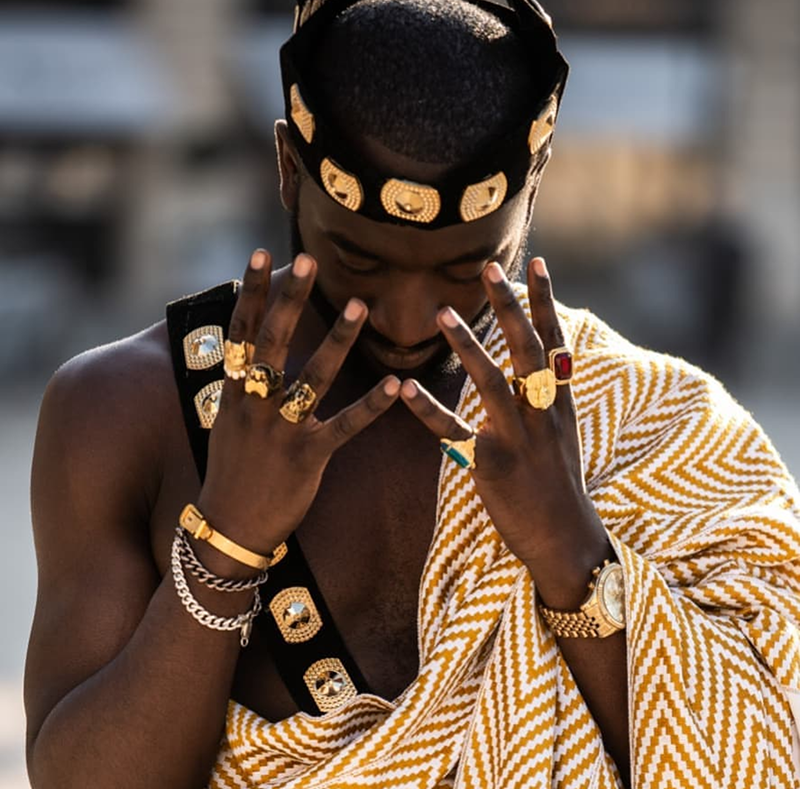 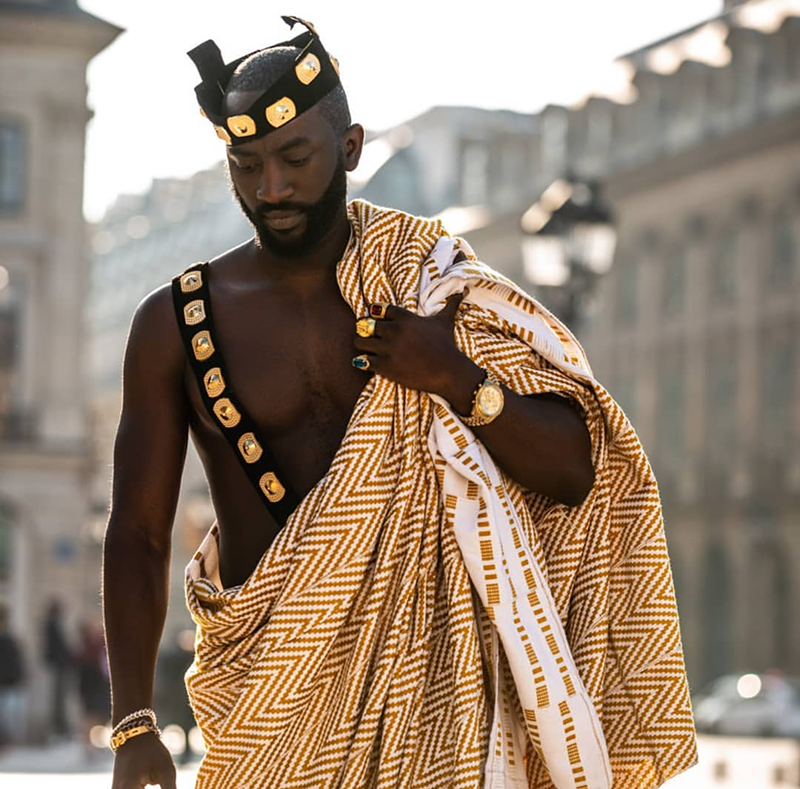 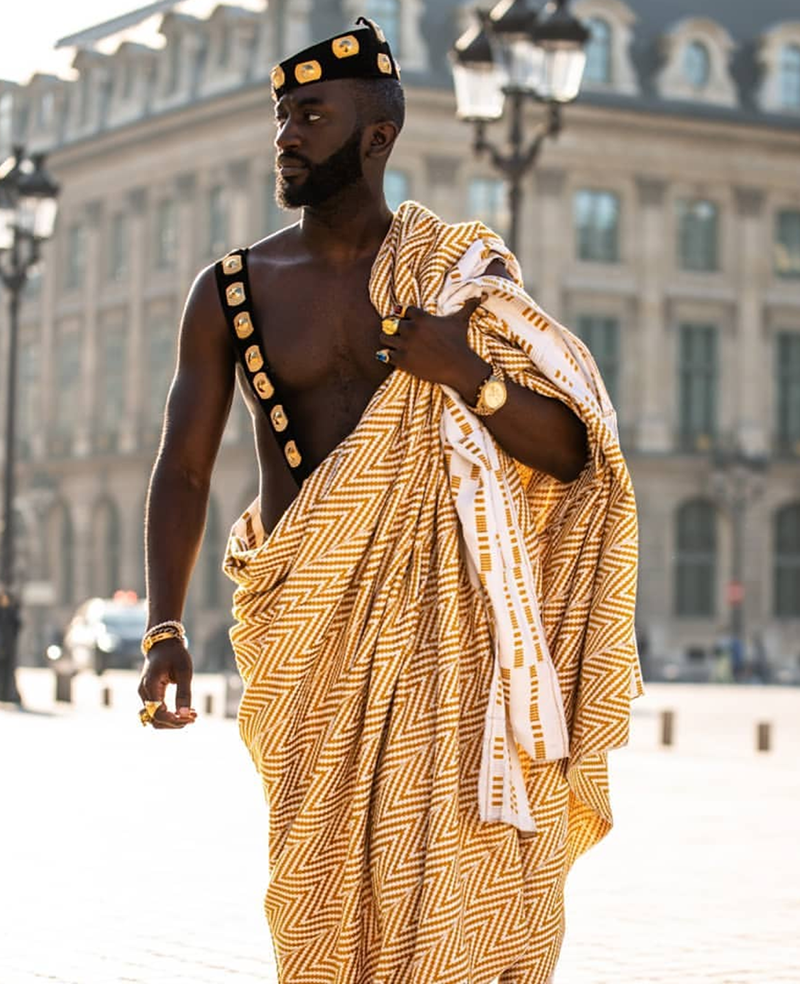