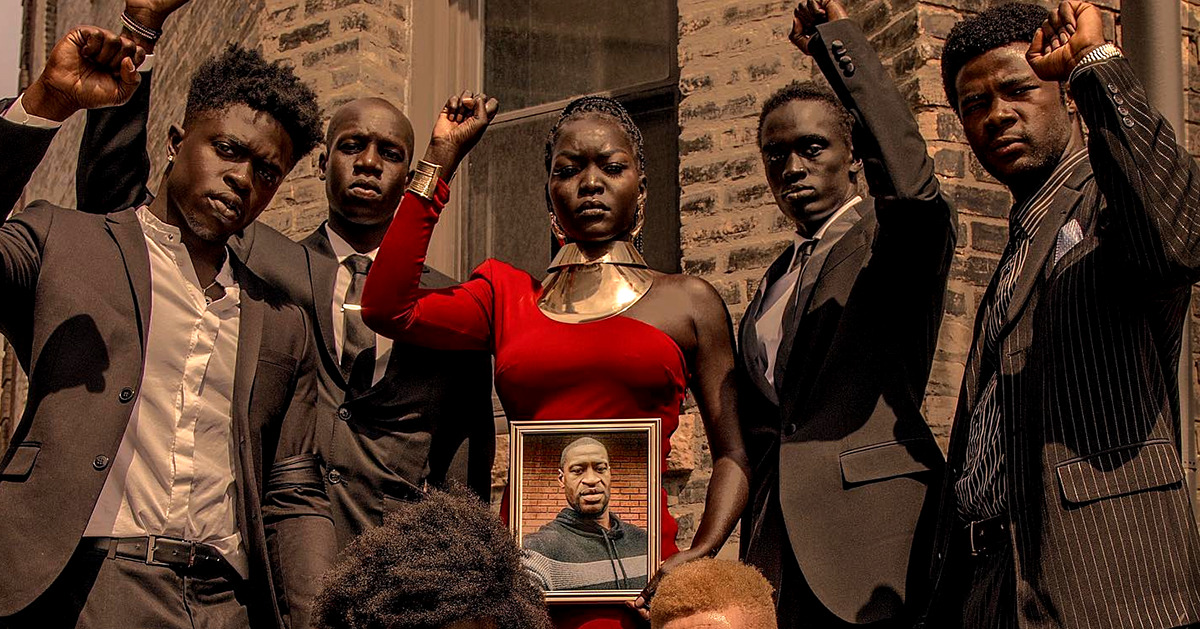 Queen Nyakim who hasn’t managed to get herself out the press lately has once again found herself headlining FashionGHANA.com. The beautiful Sudanese model whom many acclaim to be the darkest model in the industry and rose to fame out of her natural beauty and skin tone took to social media to make her voice heard to her followers about the recently murdered George Floyd.

On May 25, 2020, George Floyd, a 46-year-old black man, was killed in Minneapolis, Minnesota, during an arrest for allegedly using a counterfeit bill. Ever since then there has been protests worldwide for justice, that caused for the first time ever, a reform act for the American police form by Donald Trump.

Queen Nyakim partnered with photographer Isaac West that brought forth a fabulous set of images called for justice. The images take us back to the 80s-style setting where Nyakim is spotted in a red dress centered amongst well-suited men. See the images below. 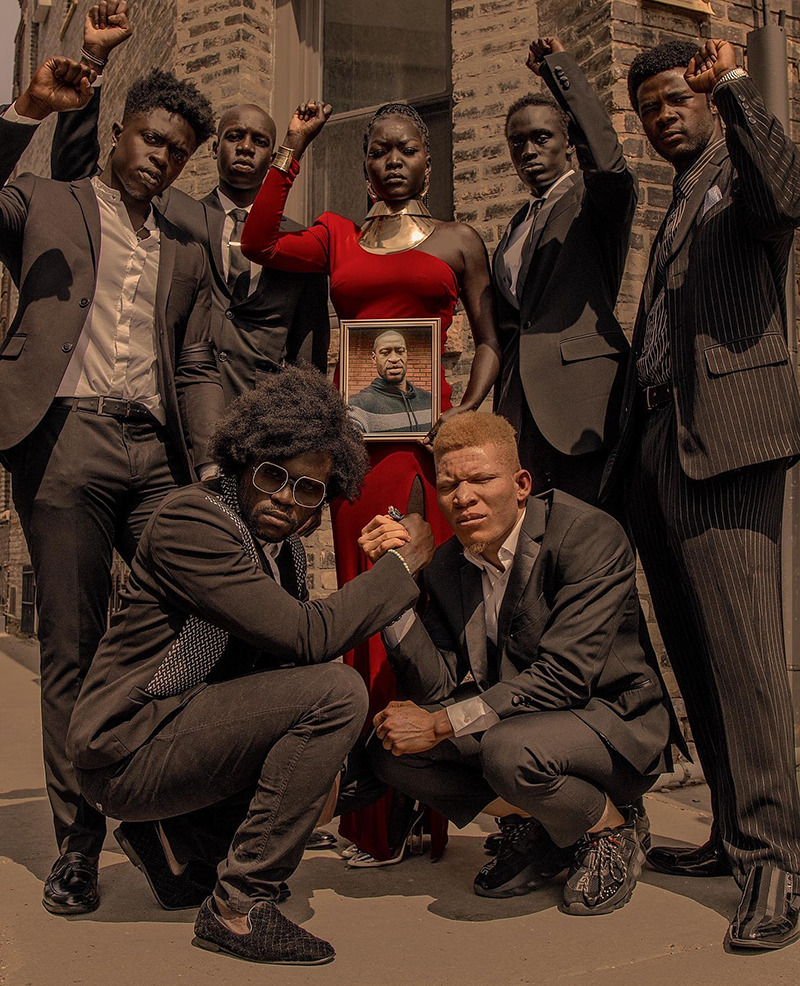 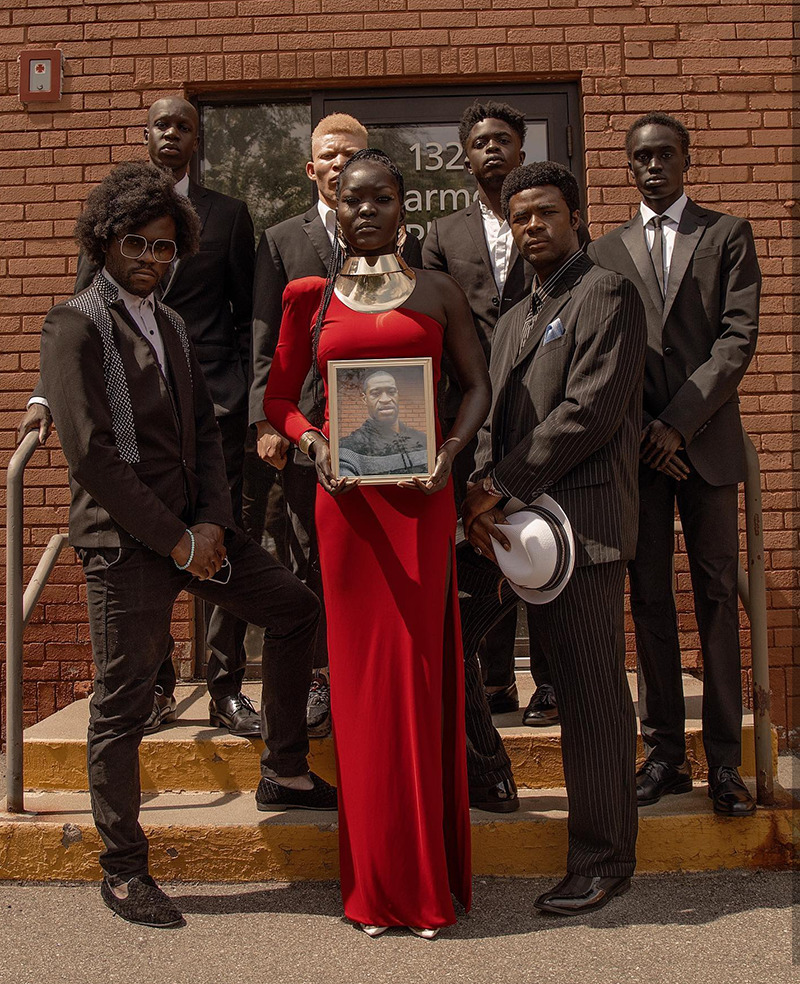 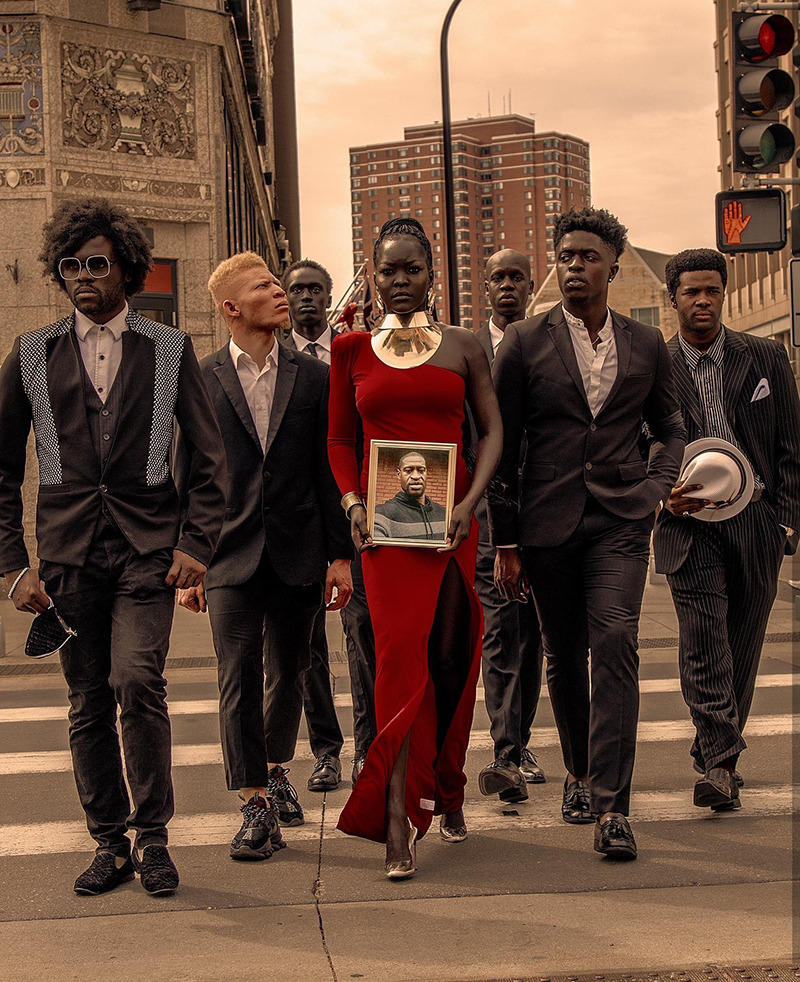 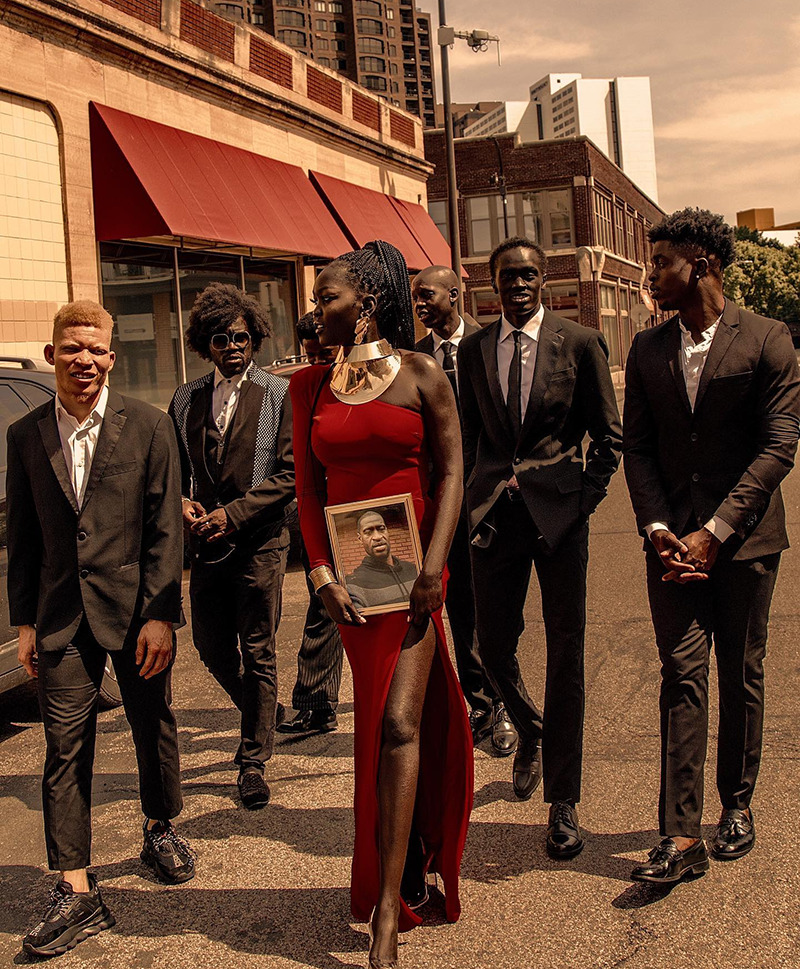 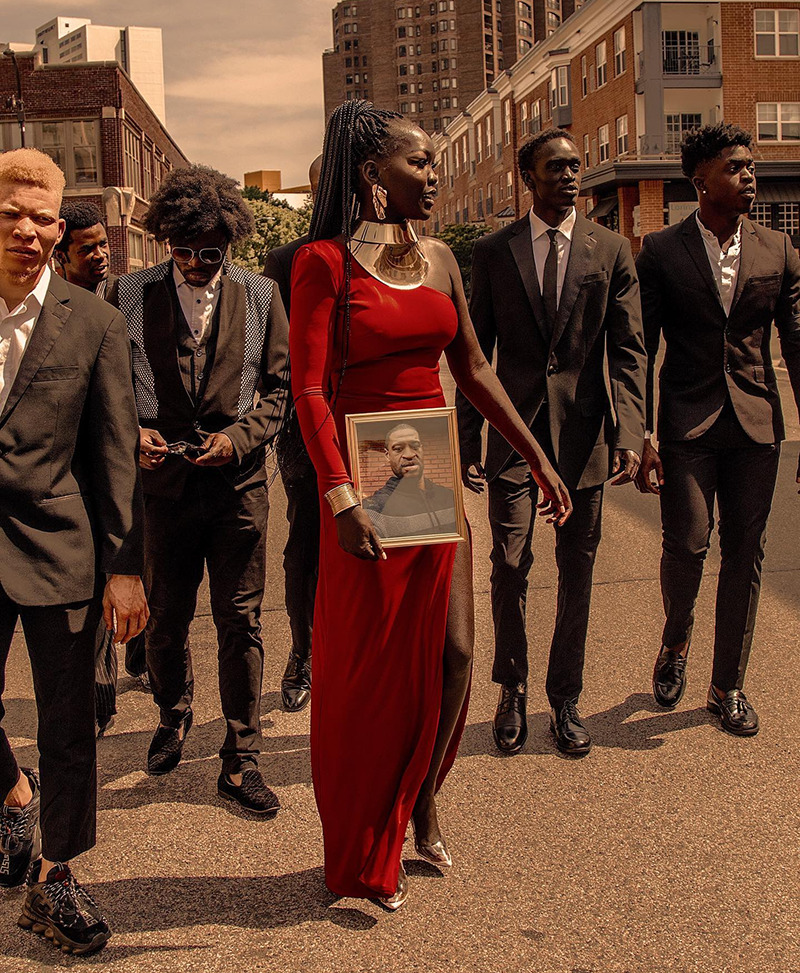 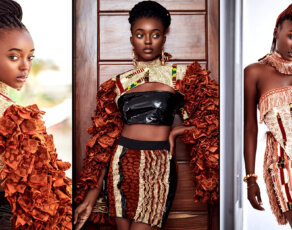 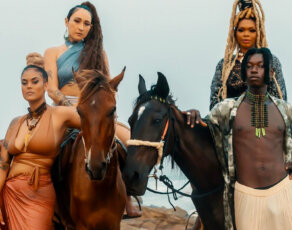 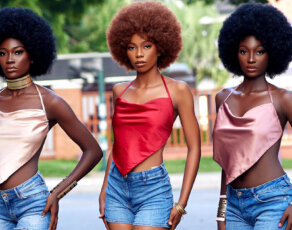 #HOTSHOTS: These 3 Ghanaian Ladies Are On A Mission To Make Afro Wigs Trend In New Libel’s Afro Campaign Editorial 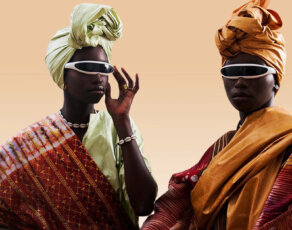 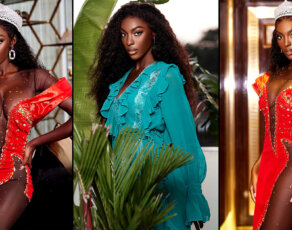 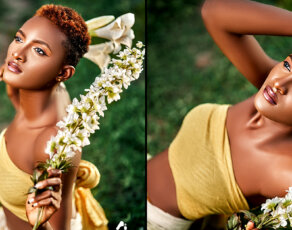 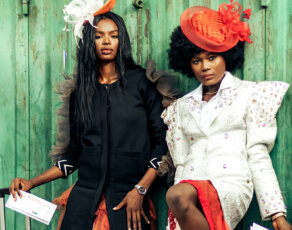 #HOTSHOTS: Tennessee, USA Set To Celebrate Ghana This May; Enjoy The ‘ACCRA TO MEMPHIS’ Editorial 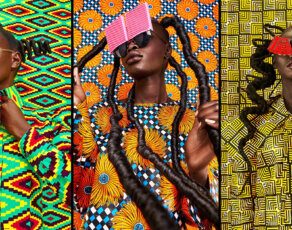 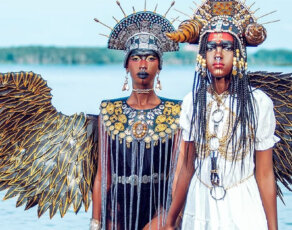 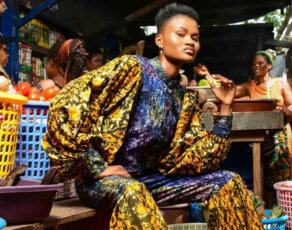