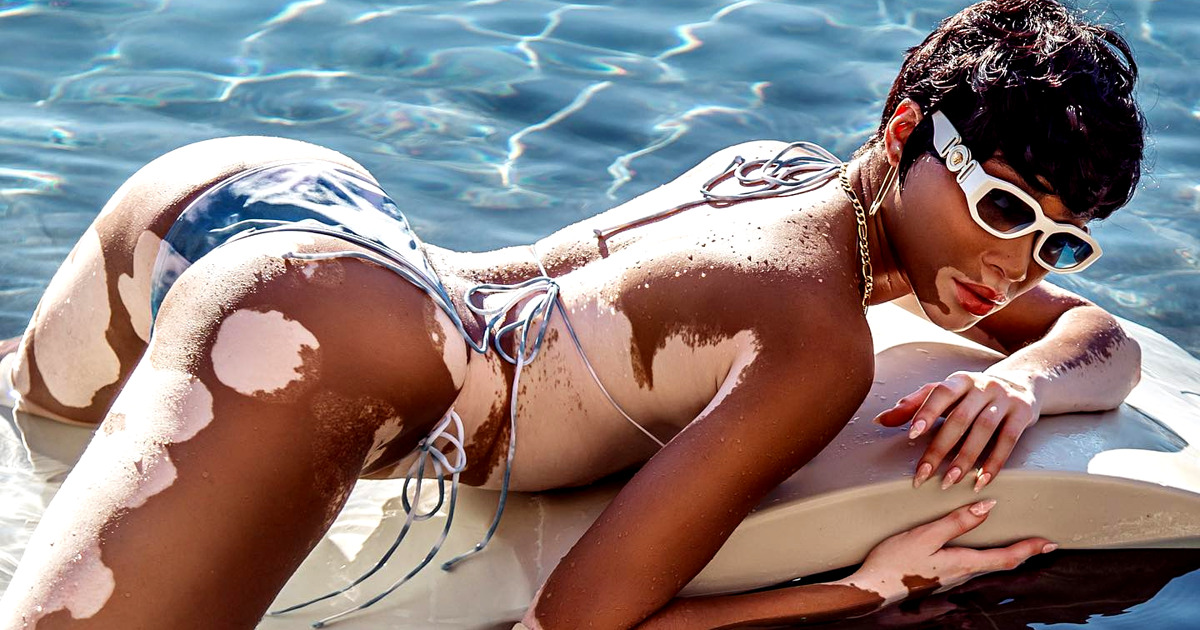 Chantelle Whitney Brown-Young, known professionally as Winnie Harlow, is a Canadian fashion model, and public spokesperson on the skin condition vitiligo. She gained prominence in 2014 as a contestant on the twenty-first cycle of the U.S. television series America’s Next Top Model. Although the26 years old was diagnosed with chronic disease Vitiligo she hasn’t for one second allowed her impaired skin condition be a barrier for her achieving her dreams. Harlow was discovered by America’s Next Top Model host Tyra Banks on Instagram, and subsequently became one of the fourteen finalists of the twenty-first cycle in 2014. She was the only Canadian ever cast on ANTM. Winnie went to feature in top magazines such as Vogue and Elle, the Canadian model has also gone on to feature in fashion campaigns such as Fendi, Marc Jacobs, Tommy Hilfiger, Desigual, Diesel, Swarovski, Steve Madden, Nike, Puma, MAC, and Victoria’s Secret. Lately the supermodel have been pushing the envelope when it comes to her style and the way she wants to be seen, not giving a thought as to what people might of her or her skin condition she has decided to show in full glory all the beautiful curves she’s been blessed with in mostly two piece swimsuit. Her look would definitely not all be about her sexy body as we have seen her shine in a black crested Ralph and Russo and her black body-con power suit by Balmain.

One thing is sure Winnie is about stopping anytime soon and this new Winnie is about pushing the envelop and we await what more this beauty has to offer us but in the mean can we just admire Winnie in all her glory. 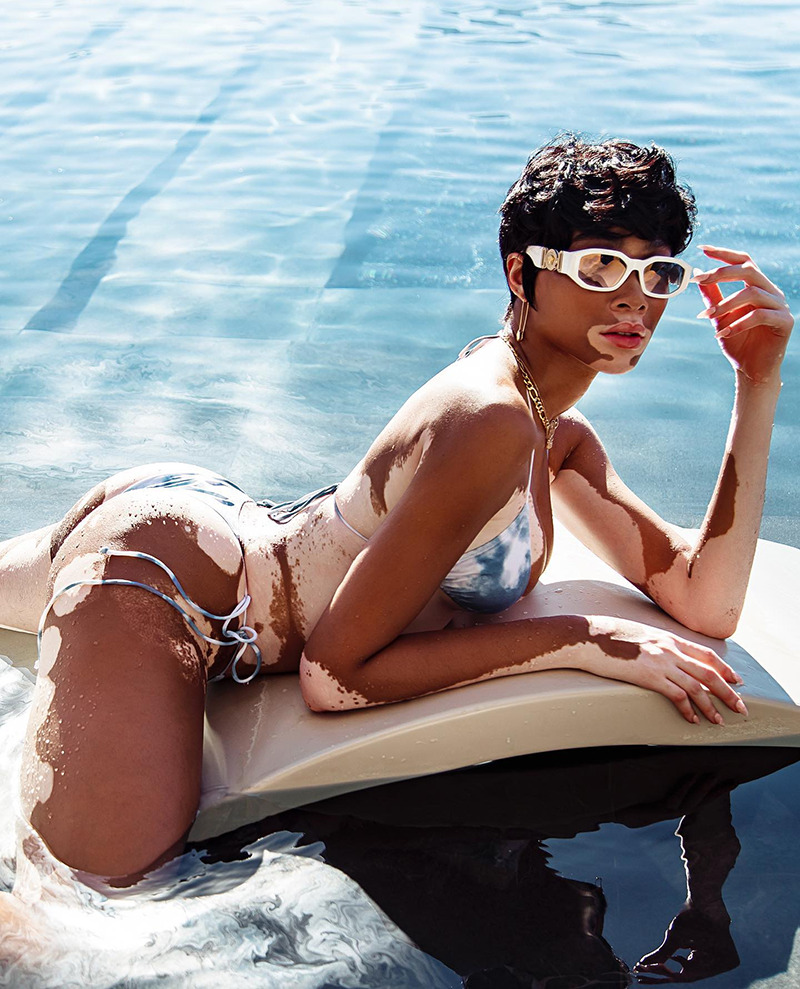 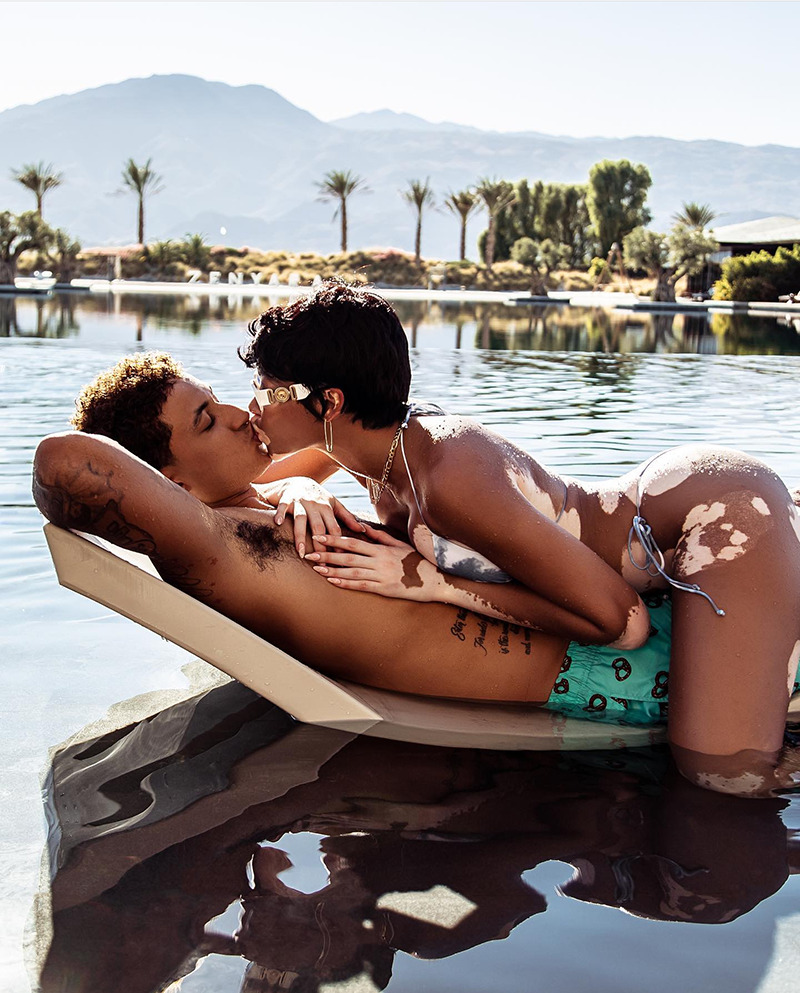 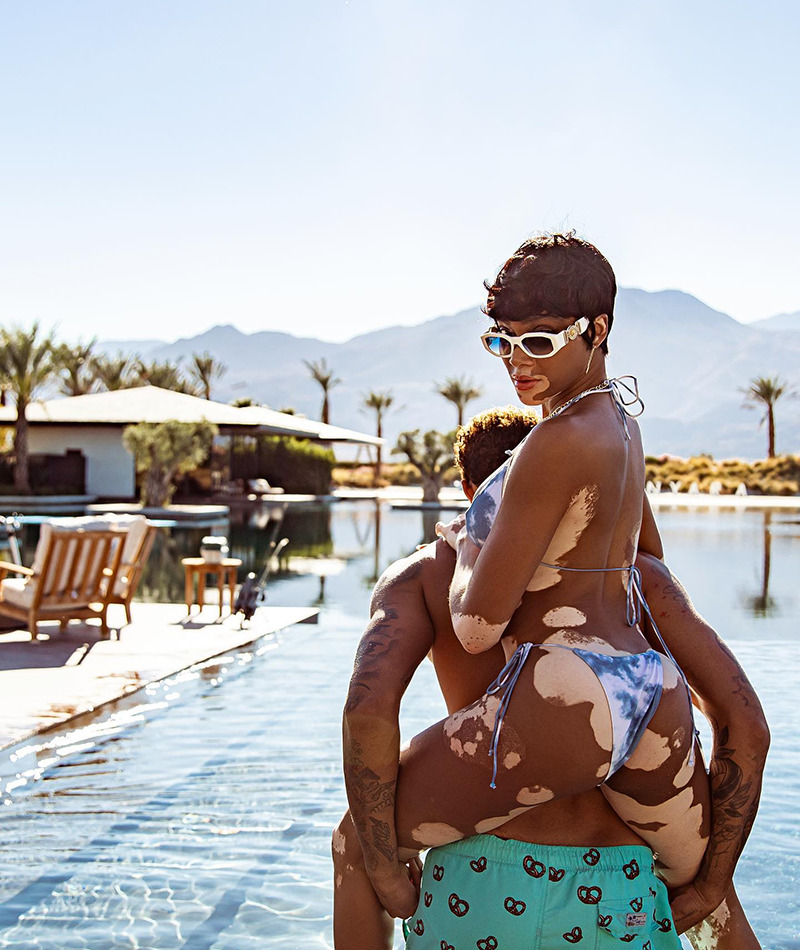 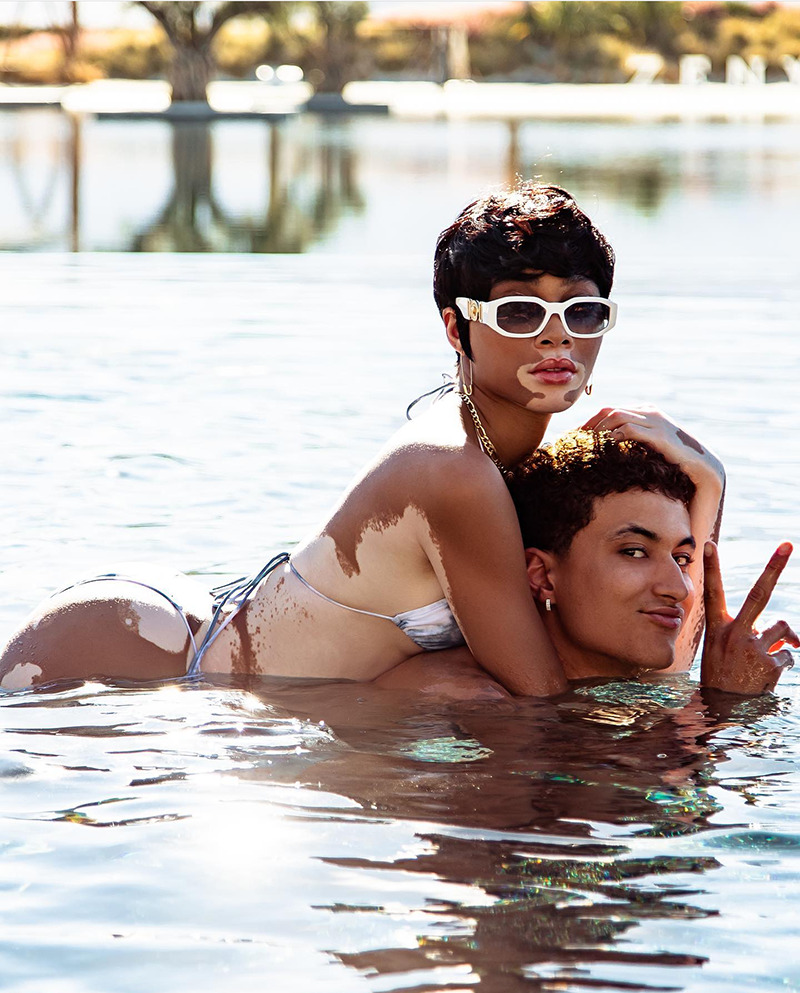 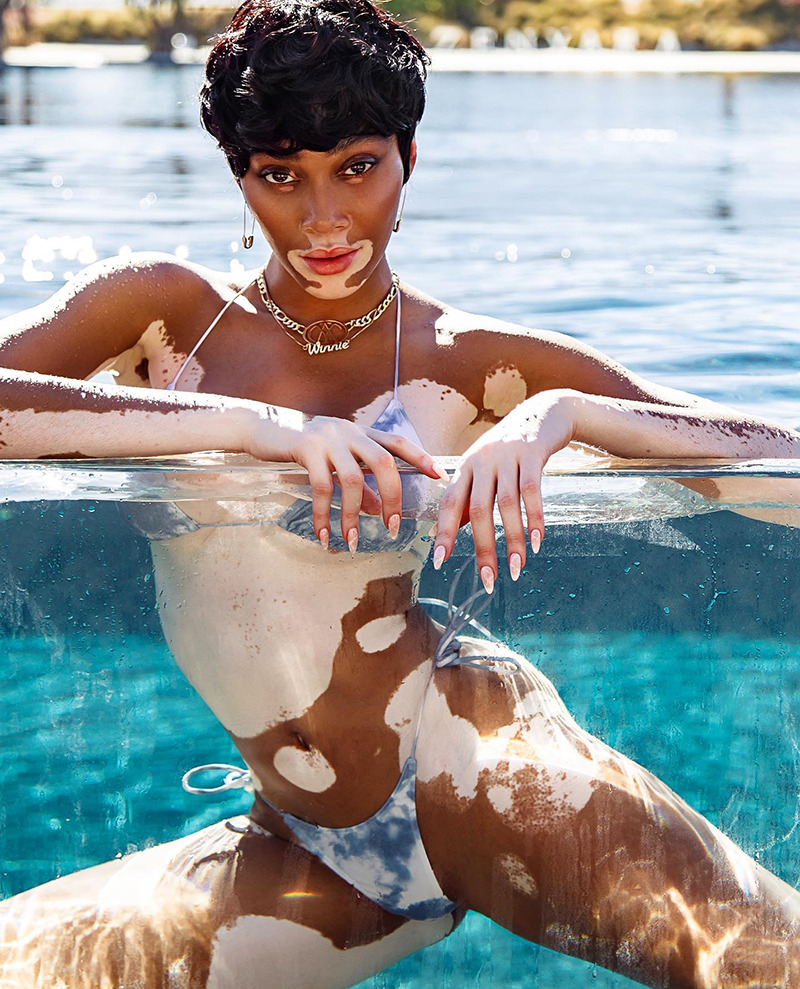 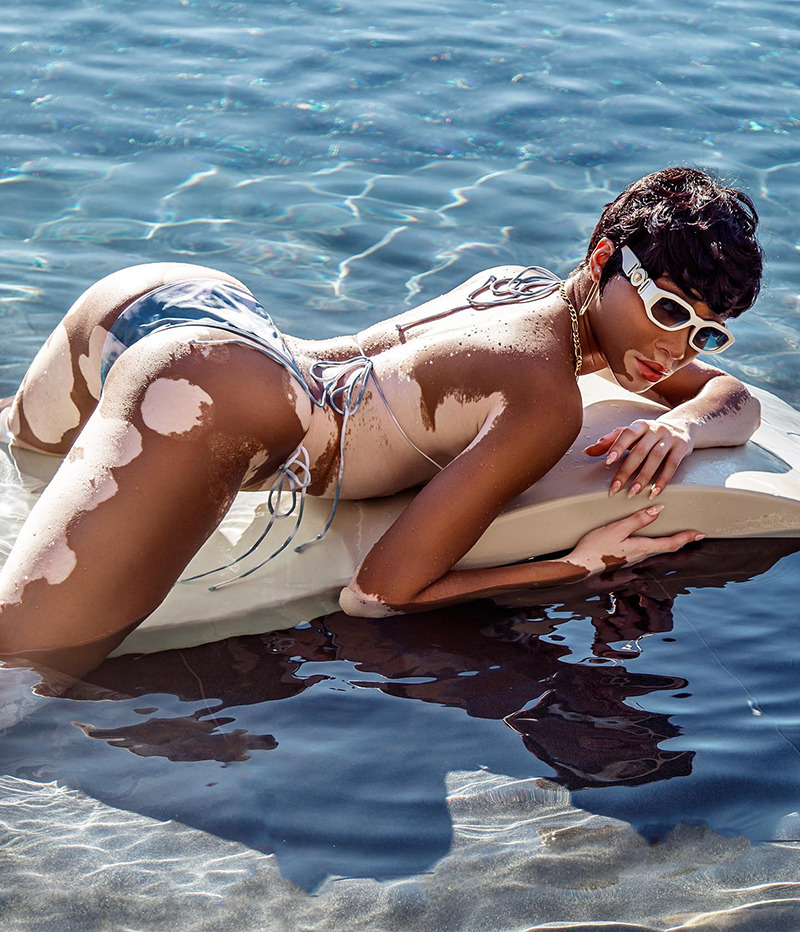