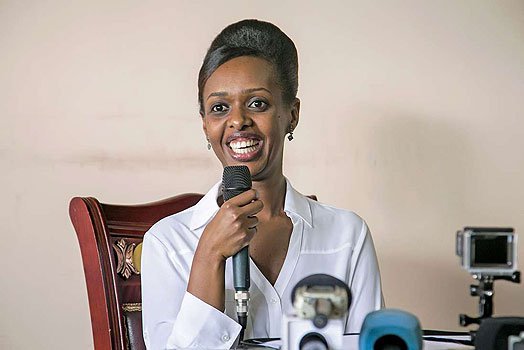 Diane Shima Rwigara, a Rwandan Presidential Candidate, is facing heat over naked pictures that recently surfaced the web. Nude photos of the candidate surfaced online in a new scandal that may change the course of her political career.

The pictures have since then brought a tad bit more support to her from those that see her as a victim, whilst bringing mass shame and embarrassment to her campaign across the nation.

So let’s talk about nude pictures right? Kim Kardashian built a financial empire over a sex tape, Donald Trump’s wife, Melania, had nude images surface and he still won the elections, so is going nude really harmful? Well one thing we know is it puts you in the spotlight, ie. I (personally speaking) never knew Rwanda was even having elections until now, of which I only know of this candidate now. Does this mean she will win? No! Does this mean she will Lose? We don’t know. Is her campaign suffering….yes! 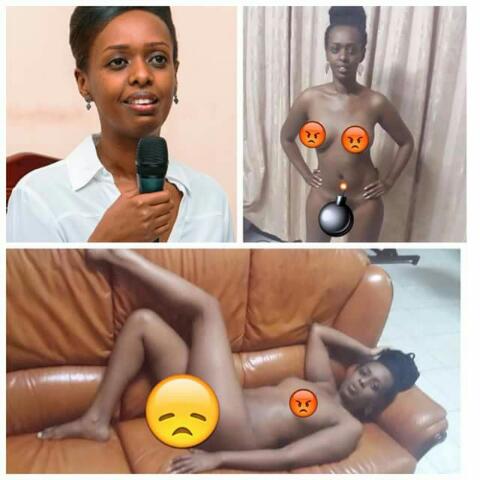 The pics might not have had anything to do with modelling nor her spouse, however this tight situation in her life indicates you never know what position you may end up in that any such images could be detrimental to. I mentioned in another article that recently I have had 3 ladies who have contacted us on separate occasions to help them take down images of them as it is disturbing their new job. We are not talking nude images, we are talking about them walking down the runway in a bikini participating in a pageant, one of which got fired. So imagine what nude images can do to you in your future?

Recently a young 17 year old model reported to us she got a chance to shoot with one of Ghana’s most popular photographers. Prior to even shooting with him, he had persuaded her to shoot nude, which she made clear she can’t do. Then he asked if she would do swimwear which she said was possibly. He invited her one random morning to come over, as she attended the shoot with a friend (which he didn’t expect), they arrived there to meet another nude model. Had she been by herself this would have been the perfect pressure scenario. I mean what is more peer pressuring than another nude model going at it making you feel you are different from not doing so.

Luckily for her she was strong minded about it and didn’t do so. Although it was never agreed they would shoot nude, it was as if the photographer was disappointed that she, nor her friend (which he also asked her to) wouldn’t do nudes. He had them there the whole day, and worst of all bought food for the camera staff, the nude model but not them. Till today he never put out the images they took, all because they refused to go nude.

Girls need to be careful who you shoot nudes with, you think it is simply just a beautiful capture, and yes it is. But do it at your will or with an intent, because if done randomly you will be surprised what might happen. In the odd circumstances, you may even be blackmailed by doing things you are not into. Just because a photographer has shot your top models and celebrities doesn’t mean they are genuine or professional.

Yes we are all aware about those who made success of being nude, but have we heard the stories of those who were chastised about it? Until you are sure that you wish to commit yourself to a life of glamour modeling, nude modeling, stripping, prostitution, pornography or anything where nude is an advantage I would say make a 100% sure you never let anyone persuade you into doing so, especially your boyfriends.