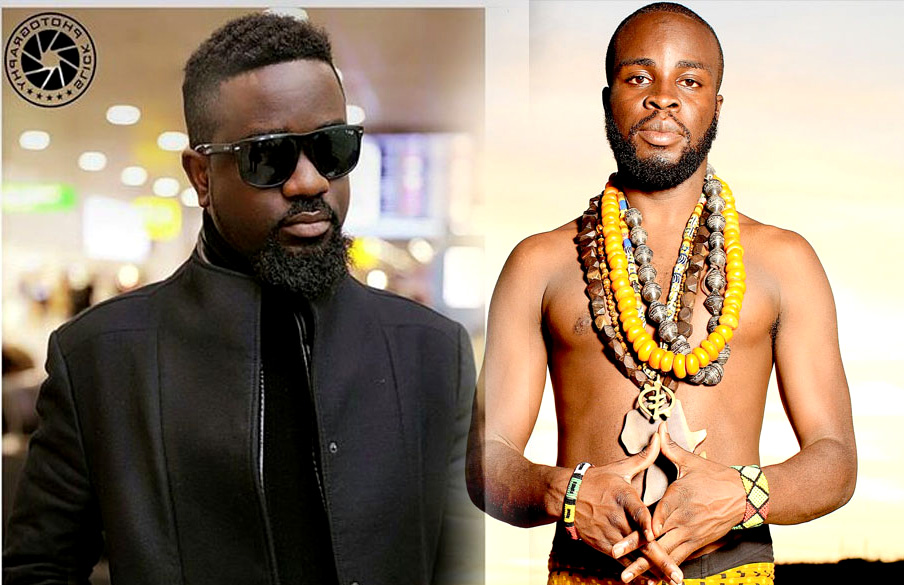 How The Battle Of Ghanaian Rappers Sarkodie & M.anifest Has Sparked Fashion Talks

So there is a rap battle (fair good, meaning a little over mediocre) between to reknowned Ghanaian rappers. Sarkodie which many are aware of and M.anifest. In fact am only writing about this because of it’s relationship to fashion, but I will take this minute out to share my thoughts on the battle, if you wish to stick tot he fashion aspect skip to the 5th paragraph.

So before I dig into who won the battle I would first say that as a hip hop fan for years, I can definitely say Sarkodie is a better MC than M.anifest. Yes, we know there are many people out there that want to define hip hop and rapping by metaphoric punchlines and whatsoever, yes you can give that to M.anifest, but truth be told, this was never the only attribute that falls into the definition of the origins of hip hop. In fact one of the main attributes is being able to rock a crowd, of which the acronyms MC stems from as ‘Master Of Ceremony’. In fact that was an attribute of hip hop way before lyricism came into play.

So to define M.anifest as a better MC and to assume Sarkodie is only advanced past him simply because he is good at business is ludicrous and sidetrack to justify why M.anifest hasn’t achieved the success Sarkodie has.

Now onto the actual songs, M.anifest’s God MC vs Sarkodie’s Kanta (over the panda beat). In my scope Kanta was a better song, not not so much as both songs were not really appealing.. Does it mean that I will debate those who say God MC is better, nope. Because they both take of totally different forms of the art of hip hop. M.anifest decided to give more metaphoric punchlines with his track, and Sark simply tore his song up with crazy rhythms and flows. And depending what you seek in music you can decide what works. But I will tell you this, as a hip hop fan, once a get the message in M.anifest’s song, there’s no need to listen over because it’s boring and it doesn’t work as a song. For example, assume it wasn’t a diss track, would you ever listen to it over? Surely not, now assume Sarkodie’s Kanta was not a diss track, you might even enjoy hearing it over more. And despite my long enthusiasm in hip hop lyricism from Big L to outsiders, to Mad Skillz, to Kweli and more, I still love good music and good songs, and the ability combine them both captures me most and in this case went to Sark. Sorry! Now back to our fashion story!!

Somewhere along the exchange of words in the rappers’ battle songs, Sarkodie (Ghana’s most successful rapper) called out M.anifest, the underdog in the battle, for wearing African prints. A few references were made to undermine M.anifest’s status for wearing print fashion which will hit his reputation a tad bit. M.anifest was also the former brand ambassador of Woodin fabrics.

Despite whom you think got the upper hand in the battle of the two rappers, this particular comment was a no no and has sparked a disgruntle by a section of the Ghanaian public against Sarkodie. M.anifest who studied abroad in the USA has consistently rocked African fashion through the growth of his career.

Sarkodie on the other hand, has a fashion style that follows the likes of artists like Kanye West and so forth which has also caused a blacklash to some degree. And in fact there is hardly any pictures of Sarkodie in African prints except for one picture where he is seen frowning, and has turned into a meme for those unsatisfied with his approach to African fashion.

That moment when Sarkodie said Manifest wears GTP. I guess what he is wearing up there is the latest Sark collection #godMC #iamwildkhard

Nevertheless, the difference in the two does reflect how class differences affects society. Here you have a fairly well off child like M.anifest who returns to Africa from abroad (which I am totally understanding of), having a broader understanding of the world, society, exploitation, capitalism, seeing Africa from the outside and somewhere amongst this is his conscious quest to represent his native Ghanaian culture. From his walking stick to his necklaces to his outfits.

Then you have Sarkodie, who is a self made success rags to riches story, fulfilling his dreams as a young Ghanaian boy growing up in the slums of Ghana with hand me down clothes. Never kept his eye off the ball, never had international education, grew up in the streets writing raps in Africa when there was never a sign of hope in African rap, broke the international barriers upon his thirst to succeed, aspiring to be everything he sees outside of Africa and yet to discover what he never knew abroad. It’s not surprising he aspires to wear that of foreign successful people. Because his vision has always been that of the young one inside looking out.

Maybe I have taken it to far, but it’s just to expose how many Africans are unaware how African culture is admired outside of their homes and that when they assume they are elevating themselves by mimicking foreign and western culture, even people in the west to not take that respectively. Let’s see if Sark can climb his way out of this statement in particular without throwing in the towel and hope this doesn’t elevate beyond music as it seems to be fairly personal.

With that said, what do you make of everything written above? PS: If you haven’t heard the songs, listen below.